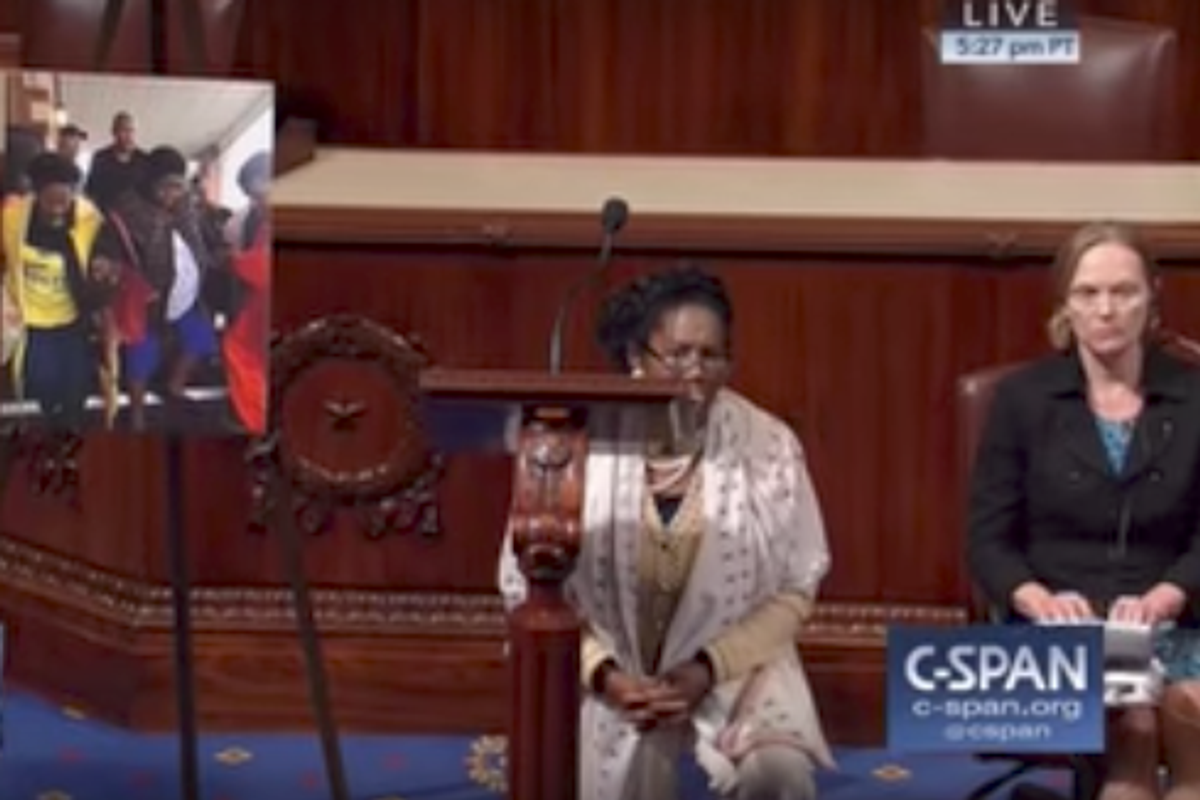 In the wake of Trump's insane/infantile Twitter rant regarding NFL players opting to take a knee during the national anthem in peaceful protest against the administration, more public figures have taken a stand by dropping to their knees in solidarity.

Congresswoman Sheila Jackson Lee joins the likes of John Legend and Stevie Wonder as the latest to make a powerful statement against Trump by kneeling, delivering a powerful speech about the First Ammendment on one knee from the house floor.

"There is no regulation that says that these young men cannot stand against the dishonoring of their mothers by you calling them, 'fire the son of a b,'" she said, quoting Trump's tweets about players who protested. "That is racism. You cannot deny it, you cannot run [from] it, and I kneel in honor of them."

Jackson Lee later tweeted that she was proud of her actions.

Kneeling is a long-held tradition in the USA as a form of peaceful protest, something Jackson Lee's colleague, civil rights leader John Lewis, reminded us of in a series of tweets.

During another period, we knelt. There is nothing wrong with kneeling down to stand up against injustice. It’s prot… https://t.co/VJp9zWvmQp
— John Lewis (@John Lewis)1506367638.0