Congrats to CFDA/Vogue Fashion Fund Runners-Up, Creatures of the Wind! 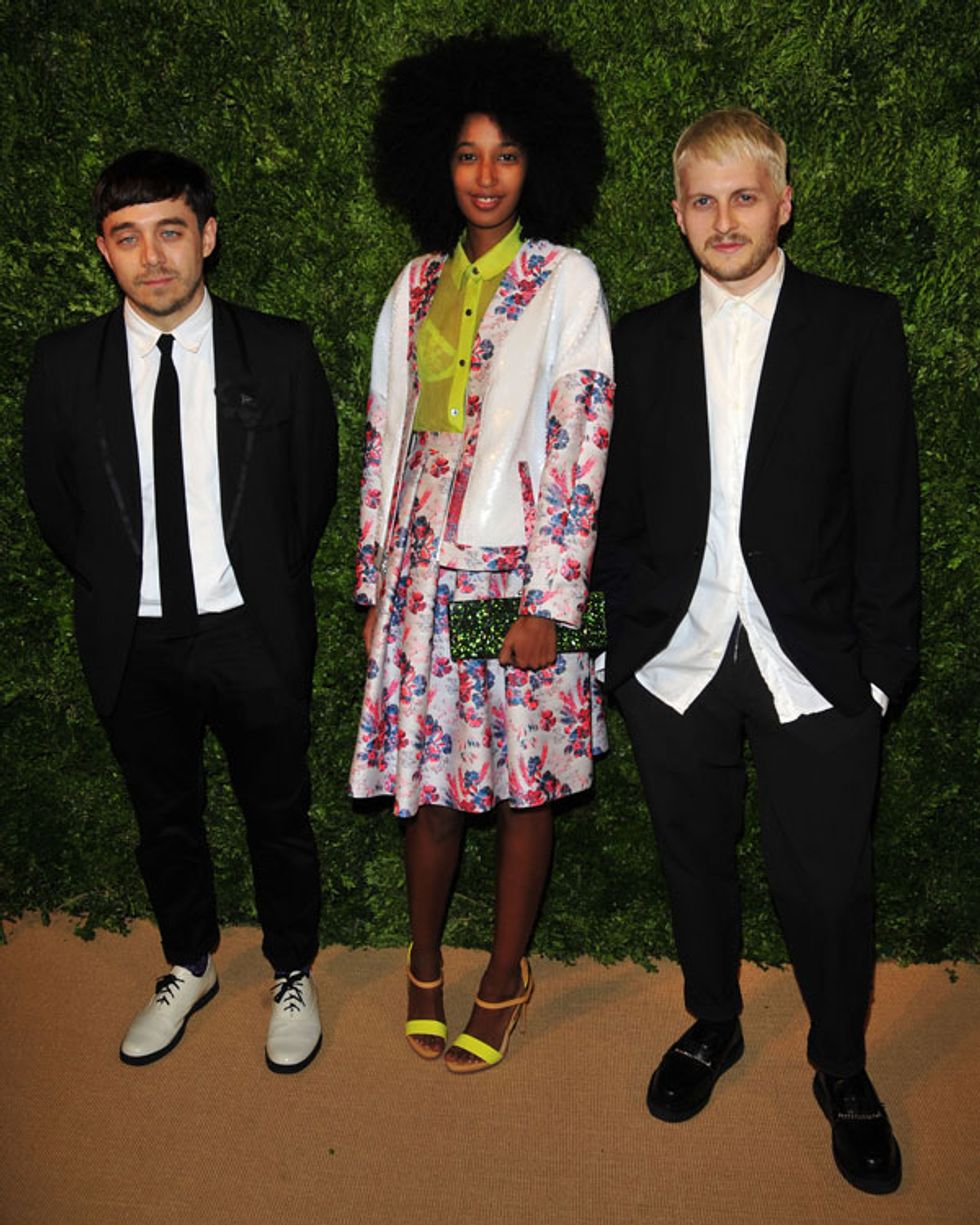 Last night the winners of CFDA/Vogue Fashion Fund were announced with much fanfare. Joseph Altuzarra was the big winner with Pamela Love and Creatures of the Wind as runners up. Although I can't say Altuzarra was a surprise, as Anna Wintour is a big fan of his, I was impressed that the committee of fashion powerhouses gave a nod to the runners up, particularly Creatures of the Wind, a Chicago-based duo comprised of designers Shane Gabier and Chris Peterswith. Though they've only had a handful of presentations in New York, they're truly talented and are the proteges of Chicago-based retailer Ikram Goldman.
They're also a lot less established than some of their fellow nominees, which goes to show that unlike, say, the Academy Awards, the CFDA/Vogue Fashion Fund (the equivalent of The Academy in the fashion world) has some happy surprises when it comes to whom it recognizes. As the winner, Altuzarra will receive $300,000 from the Fund. Love and Creatures of the Wind get $100,000 each.