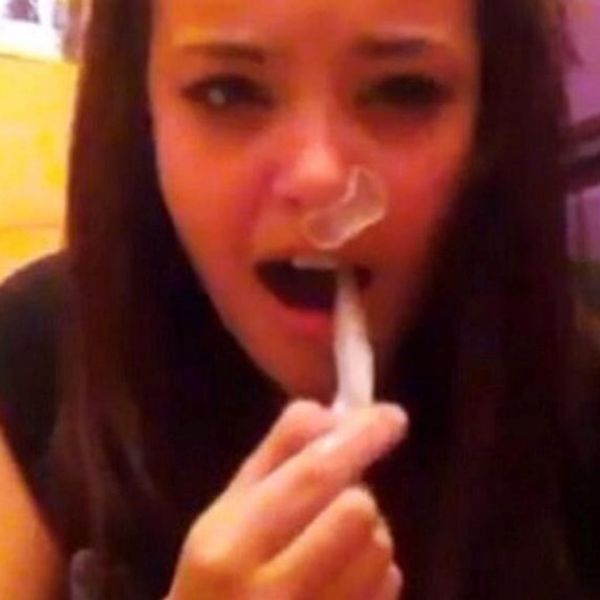 Donald Trump Jr. Thinks Teens Do Nothing But Snort Condoms

Donald Trump Jr. seems to be following in his father's footsteps of tweeting misinformation, this time claiming that all teenagers do is snort condoms — something that hasn't been a thing for 5 years.

In the wake of Teens Doing Very Big Things (read: the nationwide March for Our Lives protest, the clear backpack criticism and everything. Emma. Gonzalez.), a bizarre snorting condom challenge from 2012 has somehow reemerged. This Men's Health Australia article declared condom-snorting a "deadly new trend," but the Huffington Post first reported it in 2013.

Of course, Donald Trump Jr., in between splitting from his wife and navigating rumors he had an affair with Aubrey O'Day, had to weigh in.

He even tried to meme... step away from the keyboard DTJ! Just to reiterate, as far as we know no teenager is snorting condoms — they likely learned their lesson the first time around — and it's high time we stop underestimating our youth.

Tidepods, on the other hand...