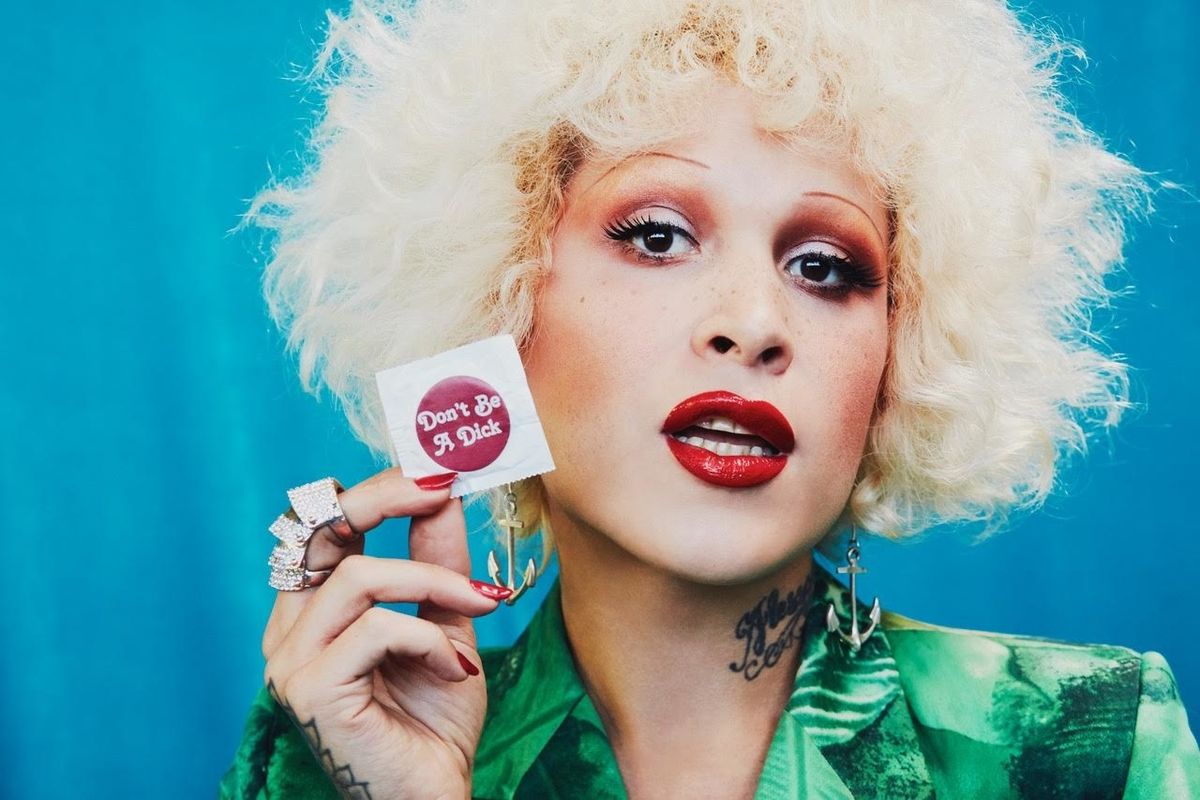 Artist and activist Whitney Bell has created a line of gender-inclusive, sex-positive condoms that benefit amfAR, The Foundation For AIDS Research. The campaign for the condoms features activists, artists, and musicians like DeWanda Wise, the star of Spike Lee's She's Gotta Have It, Madame Gandhi, a queer activist and musician who has played drums for M.I.A., and Jazzmyne Jay, a body positive vlogger. Participants were photographed and asked to give their thoughts on consent, sexual education, and destigmatizing STIs.

Bell says that the condoms are meant to make sex and conversations about consent enjoyable and empowering. She says, "The condom's playful custom designs are meant to unapologetically empower the wearer, encourage honest discourse around sex positivity, and bring a little fun to what would otherwise be a sterile situation. Accessible birth control and sexual education are some of the most hotly debated topics in this country, despite the fact that 97% of American adults are sexually active. We need to lift the veil and start having frank conversations about consent, stigma, pleasure, and the all the other myriad aspects of sexuality."

DeWanda Wise says of the campaign, "Defining the sexual experiences of women outside of child-birth in cinema, advertisement, and pornography has historically been through the lens of men, but I'm optimistic that, in my industry at least, enough is enough. The representation of any thing, group, or concept that has been historically marginalized or stymied is not only powerful, but revolutionary."

100 percent of the proceeds benefit amfAR, and the campaign begins today. The condoms can be purchased here. Check out images from the campaign, below: