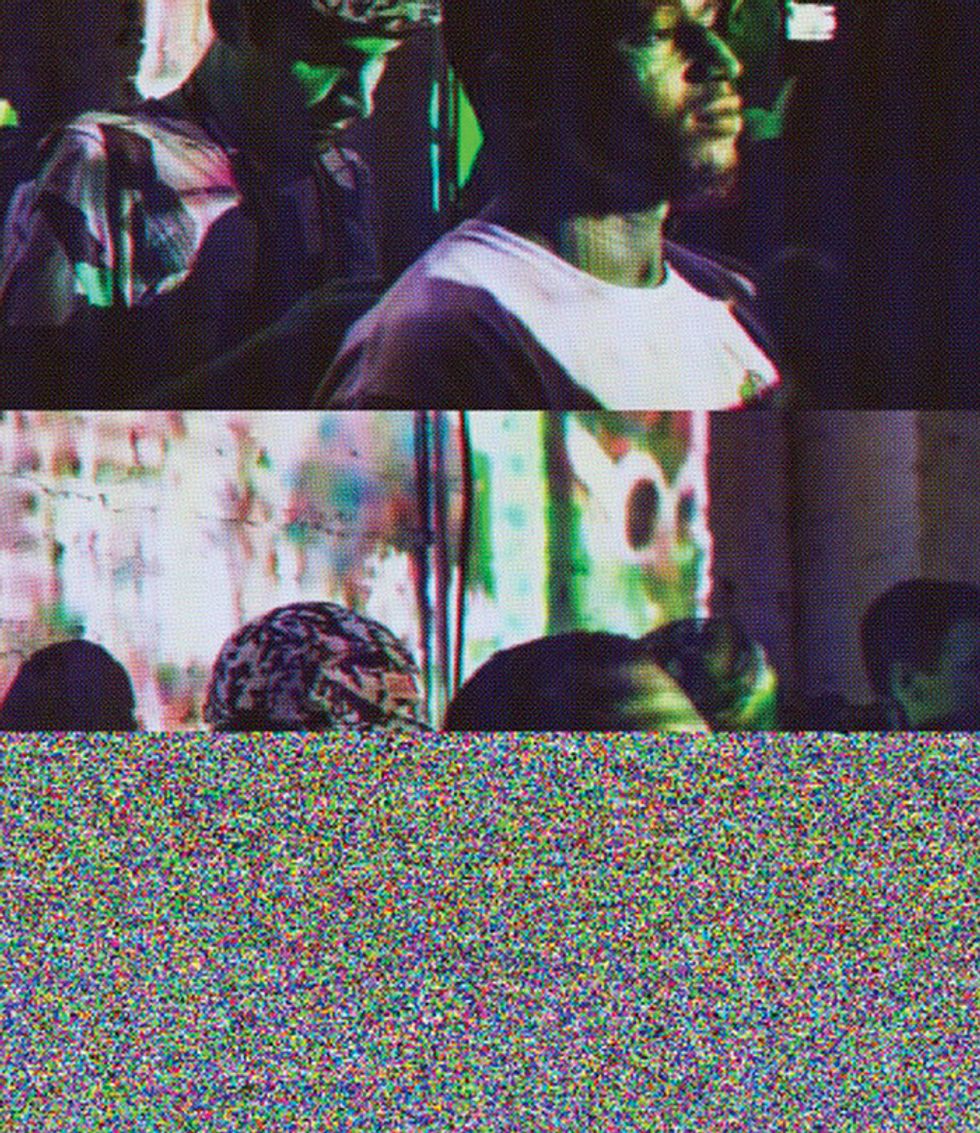 Maybe you're too young to drink, or too drunk to drive. Perhaps you love music but balk at shitty sightlines and $8 beers. It's a dilemma that the Internet has looked to resolve since streaming video first became a bufferable reality, and the rise of livecasts like Boiler Room and SPF 420 suggests that the live experience can survive in digital translation. Tumblr has taken the opposite tack, bringing the spirit of its vivid images and twitchy GIFs to a live setting -- offering, simply put, Tumblr In Real Life. Launched last year, Tumblr IRL teams musicians with artists to create hyper-engaging multimedia experiences. For Childish Gambino's IRL, designer Brian Roettinger recreated the rapper's childhood bedroom at Rough Trade; Snarkitecture celebrated Chromeo's White Women album with The White Room, a color-averse installation at Milk Studios. The result of this layering of sight and sound, digital and physical? Nate Auerbach, Tumblr's "music evangelist," explains: "With the visual accompanying the music, fans get to experience each album with more 'feels,' as our users call them." More feels -- pretty much exactly what the live experience has been about all along.