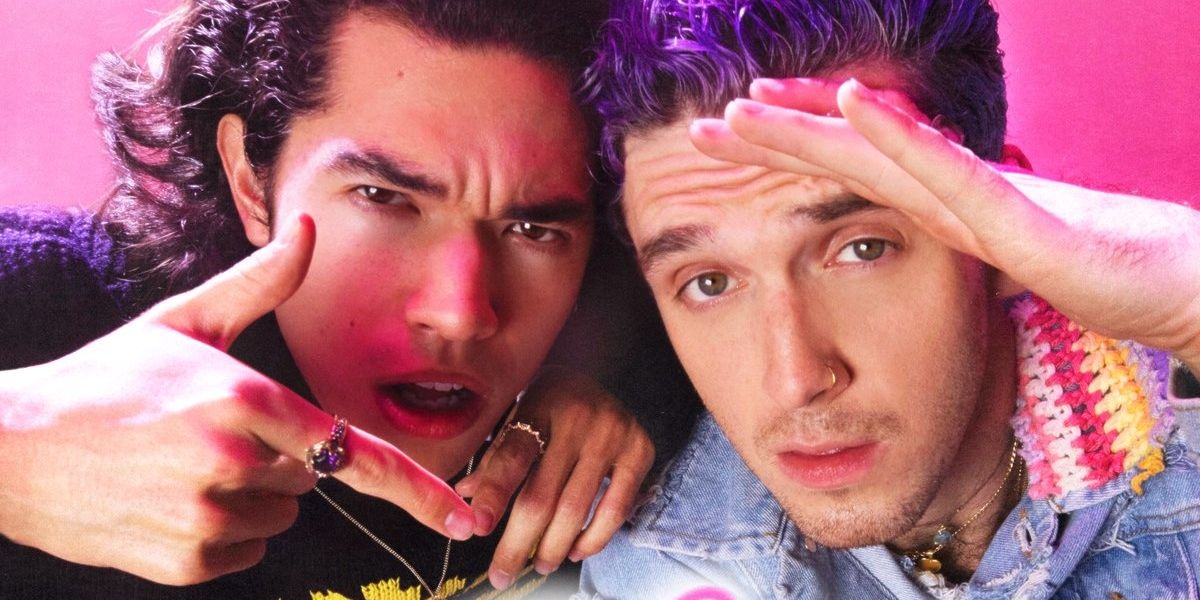 Conan Gray and Lauv Get Real About 'Fake'

"You're so fucking fake!" As far as pop hooks in 2020 go, few let loose as much as the one at the center of "Fake," the new single from genre upstarts Lauv, AKA Ari Leff, and Conan Gray.

Riding a breezy, acoustic guitar-led beat, the single finds Lauv and Gray — both of whom released debut albums in 2020 — in a brazenly confessional mode, combining their razor-sharp songwriting instincts and shared predilection for anthemic choruses on what could be a new high point for each star's already impressive career. A soundtrack for party pregaming and the 2 AM Uber home alike, it's a sublime display of versatility from the ascendant kings of pop.

In honor of the release of "Fake" — which also happens to be Gray's first ever collaboration — PAPER got Lauv and Gray on the phone together to discuss how they got to know each other, their experience working together and how they deal with fake friends in their own lives.

Lauv: Conan, are you there?

Conan Gray: It's me. We did it! We released a song.

Lauv: We released a song, we released the worst song ever.

Conan: I've had just one cup of coffee. When you were texting me this morning, Ari, I was like, "Woah, I'm barely awake right now."

Lauv: I got up early so I could get in the zone.

How did you two first hear about each others' music?

Lauv: Fuck yeah, that's so cool. Damn. I really just went "Damn." [Both laugh]. I had been hearing about you for a long time, but admittedly the first time I actually heard you sing was when we did that event, and I was literally like "Oh my god," I just thought you were so good, and honestly you're such a fuckin' superstar. I became super obsessed with "Maniac," I have so many memories of just blasting it with my friends. I guess we just started talking. First it was on Twitter, right?

Conan: I think maybe we tweeted something at each other, and then from there, we went on a few rampages. And now we're married!

Conan: Now we're married, our wedding is next weekend and nobody's invited.

Before you met, what did you admire about each others' songwriting?

Lauv: Conan, your voice, and the way your voice works with your writing, you can do such deep, vulnerable emotional stuff, but you have such an ability to be sassy, and actually call shit out, which is something I really admire, and honestly something you brought into my life when we made "Fake." I'm so used to being like, soft, and stuff like that, being so conflicted and kinda sad, or whatever. Hearing you do that was just so cool, and hearing you do it in a way that was really catchy and unforgettable was just amazing.

Conan: It was fun trying to get you to be mean in a song. If I rubbed anything off on you it was getting you to be mean. It's okay to say mean things in songs, because it's like, if you have the emotion, I think it's okay to say it. With you — well, first of all, I think you're a genius when it comes to catchiness. I don't know how, but you can just drill something into my brain. I'll listen to a song [by you], and then for just weeks I'll have it in my brain, over and over and over. I think you have a special talent for really knowing how to say something and get it into peoples' heads in a way that's so clear, and so relatable, and so real. I think in your music, too, I love the way that you really know when to speak and what to say, in terms of not overspeaking — you know exactly what you need to say, and never more and never less. My favorite song of yours is "Drugs & The Internet." It's a perfect Lauv song — it's fun, but also has so many elements of truth and realness, and has a way of sticking in your brain and making you wanna sing it over and over.

Related | Lauv on the Internet: 'It's Literally a Drug'

Lauv: I appreciate that. That's one of my favorite songs I made. It deserved better, honestly, but that's a whole other story.

Conan: I fucking love that song. It's just such a fun song. I love that chorus switch-up, it changes moods so quickly. It's so good.

Conan, I read that this is your first ever collaboration, while Ari, you've collaborated quite a bit. What was the process of making the song like?

Conan: I think, for me, it was really really normal. It wasn't like "Oh, we're writing a song together." It was literally like, Ari and I were FaceTiming, and then started writing a song, and then it just turned into this. In terms of the process of writing, it was the same as I've always done. Ari was on guitar and playing different chords, we were both just singing different little things, and then we just wrote the song, all in one sitting. It was very very normal, and I think in terms of it being my first collab, there's definitely like... the concept of doing my first collab felt kinda daunting, but in reality doing it with Ari was so natural and felt so right and normal. We made the song exactly the way that I think music should be made, which is like, just saying exactly what you think. The process was very natural.

Lauv: I'm so unbelievably honored that your first collab was with me, it honestly blows my mind. I feel the same way. It was so natural, FaceTiming and then getting together to work on the song. We just got along really well, it was so comfortable and I felt really open. I feel like I learned a lot. Like I said before, I was really nervous to call something out. I'm 26 years old, that shouldn't be a weird thing for me, but I'm always so worried about being nice and whatever, to a point when I'm maybe denying other parts of my emotions. I feel like you really opened me up. The process was so fun. I remember you had your laptop out and we were going through a bunch of different lyrics... it was sick.

Conan: Yeah, we were literally just ranting. It was barely writing a song. We were just talking and ranting about weird ass people, who are just fake. I feel like there's so much bullshit when it comes to like, friends and relationships, especially as you get older. It gets so complicated. When you're a kid, you can just go up to someone and be like, "Can you be my best friend?" and you'll literally be best friends for the rest of your life. It's like, the older you get, it gets so complicated with all this drama. It gets so confusing. We were literally just ranting and it turned into a song, it was a lot of fun.

How do you each deal with fake people in your own lives?

Lauv: Honestly, I'm not that good at it. I feel like too often I give people the benefit of the doubt, being like, "Oh, it must be my fault, blah blah blah." I feel like I end up just acting nice, which in turn makes me fake, to be honest, if I'm being real. I don't really confront people.

Conan: I'm literally the opposite. I have like, four friends. I cut people out constantly. I'm just not a fan of anyone who isn't there to be like, a real person, you know? I'd much rather someone be like, "Hey, Conan, I don't like you," than lie to me. I just don't care if you don't like me, let's not be friends. It's not that complicated. Who needs that in your life?

Lauv: We're such a good balance.

Conan: Yeah, together we make one mentally stable person. Separately, we are not okay.