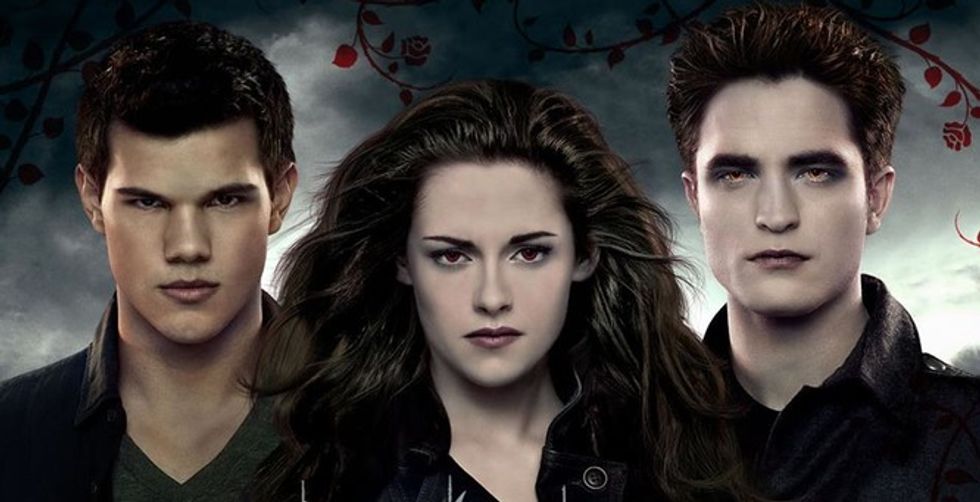 by Eric Thurm
PAPERMAG
For the tenth anniversary of the Twilight series, author Stephenie Meyer has sneak-published a gender-swapped rewrite of the first book, starring Beaumont (Beau) instead of the human Bella and Edwythe (really) instead of Edward. This is part of a mildly disturbing trend of writers becoming famous for genre-inflected young adult series and then, with little else left in the tank, returning again and again to that same fictional universe in ways that don't always seem terribly productive, they're also damaging to the experience people had of the material in the first place.
The prime offender in this respect is J.K. Rowling, whose increasingly frenzied attempts at writing Harry Potter fan fiction and asserting total authorial control over the work are basically ruining my little sister's childhood. These aren't revelations (if you see a headline with the words "J.K. Rowling reveals," run for dear life) -- they're bad fan fic that have almost nothing to do with the original product. (If Dumbledore was supposed to be gay, maybe the books should have been written better!)
Of course, this is a straight rewrite of the first Twilight book, so it's not quite in the same boat artistically -- instead, it's more of a manifestation of the lazy gender- and race-swapping trend, which continues to cannibalize old stories (often in boring ways, but sometimes in fun ones) instead of telling new ones. It does appear to come out of the same impulse as the Rowling problem, however -- endlessly revisiting an already-finished work -- and looks likely to produce just as many WTF-moments for anyone who actually consumed the original material. For more, please follow BuzzFeed writer Alexis Nedd, whose live-tweeting of the book is... insane.