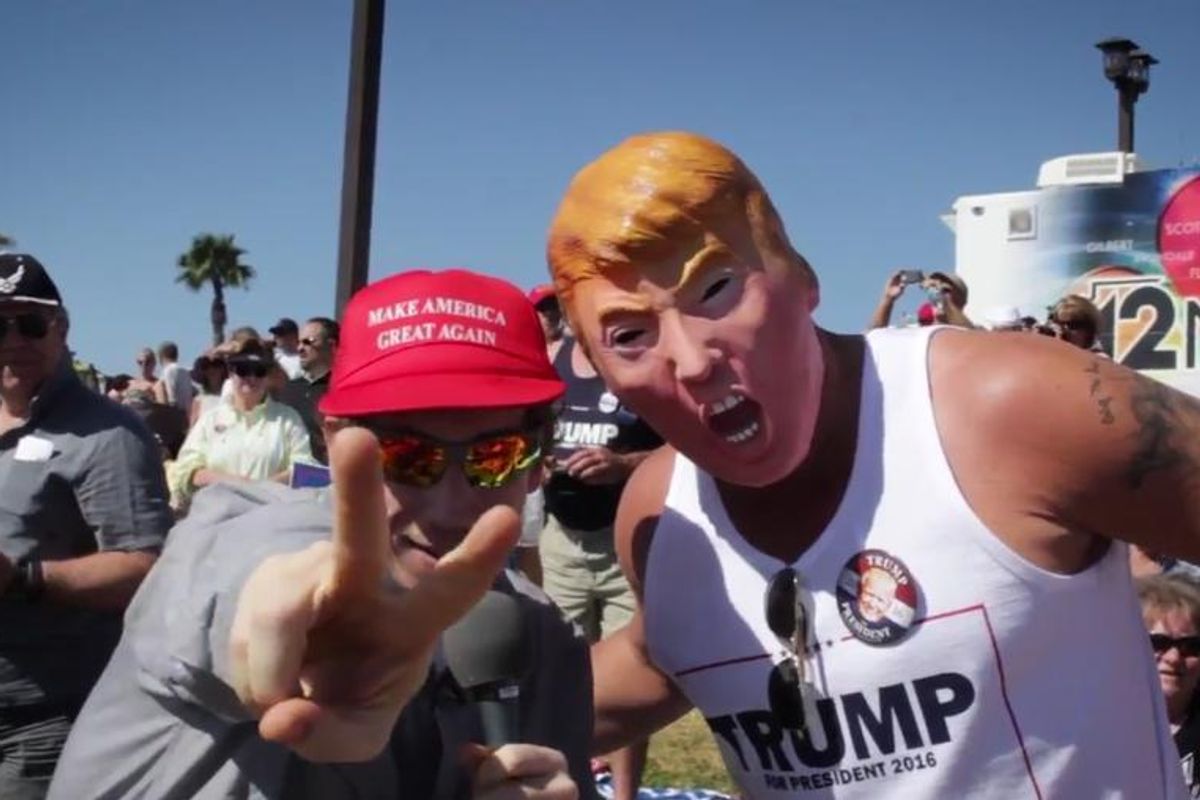 Comedian and writer on Late Night with Seth Meyers, Conner O'Malley, and Funny or Die, has gifted us with a little bit of heaven by taking his completely insane, uber-nationalistic, white-pride persona "Mark Seevers" to a Trump rally in Arizona, and unleashing hell on supporters of the fascist candidate.

Acting as correspondent for the make-believe "TruthHunters.com," Seevers, dressed in the most dad jeans, tucked-in grey button down, a "Make America Great Again" hat, and BluBlocker shades announces that he's "About to see the King, Donald Trump, make his speech," adding that he's "ready to crack the heads of some protesters."

He broaches some bewildered pro-Trumpers stating some incredible quips:

"Honestly, like, there's jobs in Mexico, if they were good, they'd get one of those."

"I just thought I saw a drone from Obama--he's probably going to try and bomb this whole place."

"If Trump was a racist, then how come he's American, huh?!"

"China is fucking us in the ass, and I'd like to fuck China in the ass; no homo: girl ass, not guy ass."


"My stepdad used to have me go out in the backyard and dig holes, and one day I asked, 'What are these holes for?' and he said, 'Your grave!'"

At one point, Conner is literally brought to his knees by the words of Trump.

It ends with Conner heading to the Mexican border, where he decides to take Trump's plan for a 'wall' into his own hands.

Watch below, and don't vote for Trump.