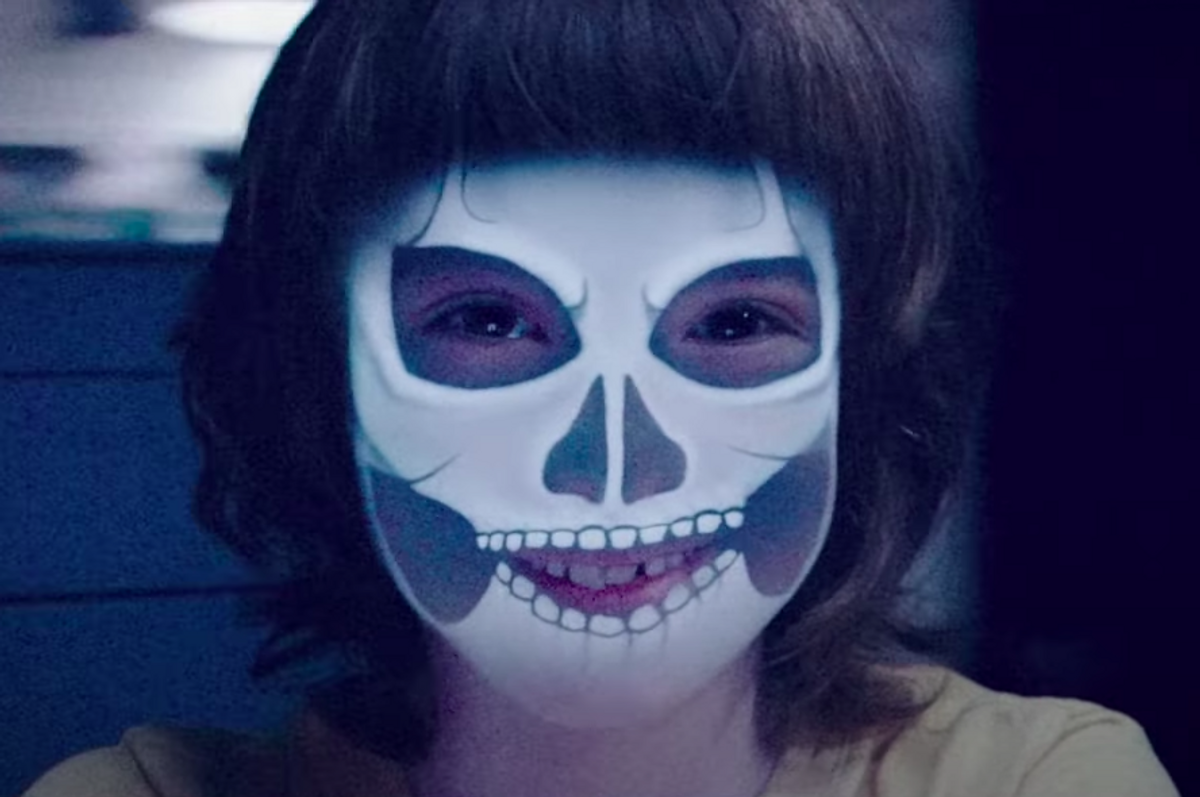 If you're looking for a friend this Halloween, you'll find one in Larry Larry. He's the adorably creepy new Slender Man-like monster at the center of the new trailer for Come Play, a horror movie about making new friends on an iPad — but not the human kind.

Starring Azhy Robertson as a nonverbal kid with autism named Oliver, Come Play tells the story of a supernatural monster, Larry Larry, just looking for a friend. It exists inside of a e-book named Misunderstood Monsters and tells its story to Oliver, all the while trying to become his best buddy in real life.

Horrific hijinks ensue as Larry Larry continuously spooks the people around him. He picks Oliver up and twirls him around happily in the air. When startled, Larry Larry screams at the child's parents. It's an ear-piercing yelp that sets the hair on your neck at attention. There'll be plenty more to hide behind your hands about when it hits theaters on October 31.

Come Play also stars Gillian Jacobs and John Gallagher, Jr. What's interesting about this movie is that it was developed from a short film that its director, Jacob Chase, shared in 2017. That original five minute clip, called Larry, can be found below. We don't know how Come Play will pan out, but beware of spoilers if you decide to do so.