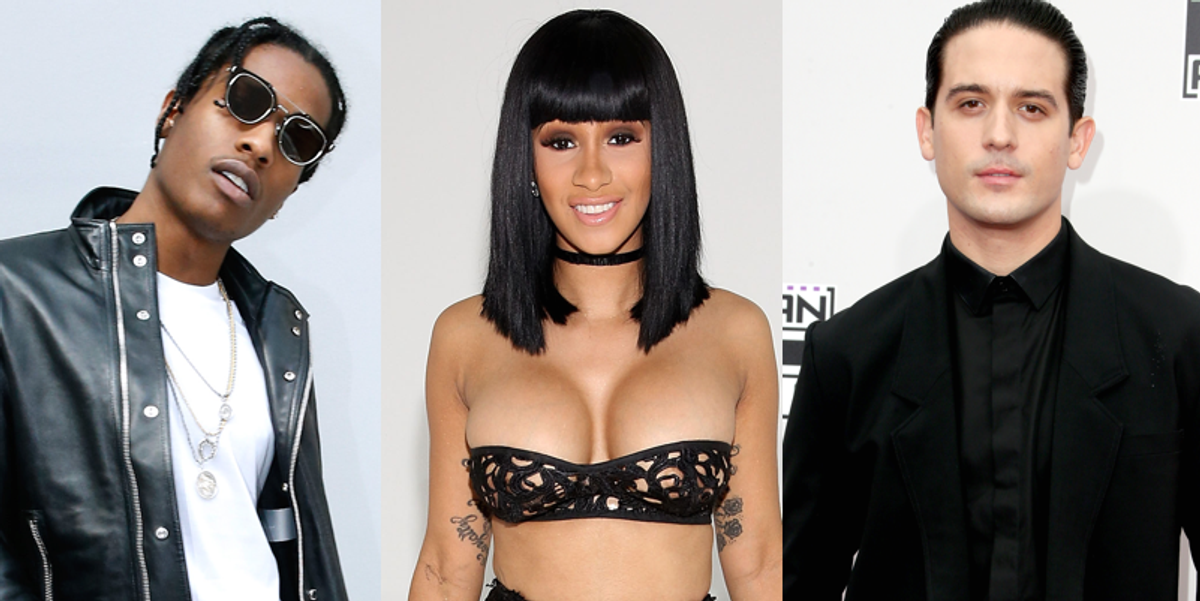 Bay Area rapper G-Eazy was clearly pulling no punches with his latest release, "No Limit," recruiting summer's anointed queen, Cardi B, alongside A$AP Rocky and the trio go hard.

Cardi, who's currently climbing the charts with banger "Bodak Yellow" proves she's far from a one-hit-wonder with a truly flaming hot verse, which one might argue outshines the offerings of the G-Eazy and Rocky respectively. The single is sure to appear on the former's new album, The Beautiful and The Damned, which is out this fall.