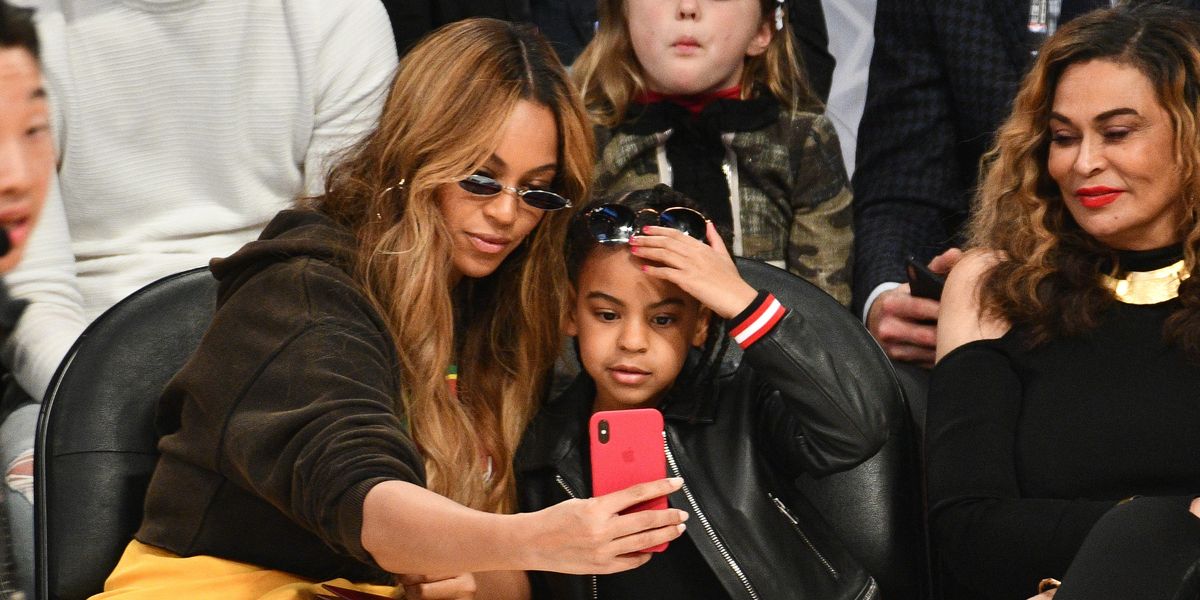 It's Time to Have the Colorism Conversation

As underwhelming as I found Avengers: Endgame, one line caught my attention. During a conversation with Natasha Romanoff (Scarlett Johansson), Steve Rogers (Chris Evans) notes that he was able to see "a pod of whales" in the Hudson because Thanos snapping half of Earth and its inhabitants away had helped save the natural environment. Blaming climate change on overpopulation instead of corporate greed is factually incorrect, but the movie really got me thinking about what would happen if a large chunk of humanity suddenly vanished.

What if, I wondered, Thanos got specific and used his overgrown purple fingers to snap white people out of existence? A close friend and I concluded that capitalism would probably still be a thing. As would homophobia. Transphobia. Wars over religion. And, without a doubt, colorism. Colorism is anti-Blackness and Black self-hatred at its most insidious: discrimination against darker-skinned people of color by those with lighter skin-tones and — often — more Eurocentric features. And it is something Black people use to police ourselves.

Colorism is so pervasive in real life and popular culture that not even our most powerful Black celebrities are immune to it. Over the past few months, we've seen famous Black women like Ari Lennox, Teyana Taylor, Megan Thee Stallion and Beyoncé's eight-year-old daughter Blue Ivy became central to very public discussions about Black facial features. Lennox and Taylor were referred to as "rottweilers". People have ridiculed the width of Lennox's nostrils. Vicious rumors about Megan actually "being a man" persist because of her strong build. Her wide nose also garnered comparisons to Lenny the Shark from Shark Tale. Blue is an especially depressing case because she is a young girl who has faced public scrutiny — especially over her "nappy hair" — since before she was born. This past week, K. Austin Collins (a Black male Vanity Fair film critic) and Violet Lucca (a white female Vogue editor), bonded over what Collins described as Blue's "ugly duckling phase."

It's wild that any woman would subject a young child to such a harsh misogynistic gaze, and that a Black man would willingly perpetuate racist stereotypes. But Black men and white women have always been allies in these causes. As bell hooks wrote in Feminist Theory: From Margin to Center, they can either act "as oppressor or be oppressed" themselves, and have chosen the former strategy. Their idea of liberation? Becoming on par with white men.

History has repeatedly shown that white women will act in their own self-interest, punching down on Black women and young Black girls like Lucca did, and it's not up to us to make them change. But Collins — who deleted and apologized for his tweet, admitting that Black girls "in particular" deserve better — presents a more interesting case. hooks marks the modern struggle of Black men as one informed by patriarchy. In Ain't I a woman, she states that "the Black male quest for his 'manhood' in American society is rooted in his internalization of the myth that simply having been born male, he has an inherent right to power and privilege." Black men, similar to white women, are one notch away to attaining total privilege by virtue of being men. Blackness is their one obstacle, and they spend entire lives trying to clamber over it. This can result in a powerful form of self-hatred that ultimately benefits and sustains white supremacy and is almost immediately taken out on Black women, the social class right below both Black men and white women.

Black self-hatred targets those physical and social attributes that make us undeniably Black, and spits on anything that resembles love for and pride in Blackness. Lennox, Taylor and Megan are all women who blatantly love themselves. They are talented, stunning and firmly secure in their Blackness. So they get called ugly in a very "I don't want her or value her, so no one else should" kind of way (and in a way that is inspired by colorist stereotypes about femininity) to knock them down a peg. It's a hard pill to swallow, but light-skinned Black celebrities simply aren't subject to this same aggressive abuse.

This Ari Lennox and Teyana Taylor fiasco highlights just how much of a chokehold colorism still has on our communit… https://t.co/JELaoqJkXG
— kevikev (@kevikev)1577988316.0

Colorism can be traced back to slavery, and perhaps before it, but was coined as a term in Alice Walker's In Search of our Mothers' Gardens in 1983. Colorism's function is to limit Blackness, control Blackness and, ultimately, erase it. Any trait that reminds us of who we are — our difference — is deemed undesirable: dark skin, wide noses, wide lips. Meanwhile, their opposites are rewarded for presumed proximity to whiteness.

An enslaved person was able to demand their freedom earlier just based on their lighter complexion. They were able to own property and operate it as a tenant, whereas the most someone with a darker complexion could do was be a farm laborer. Post-slavery, many historic "firsts" by Black people have been accomplished by those with lighter skin — think Obama as the first Black president or Thurgood Marshall as the first Black supreme court justice. Darker-skinned Black people, women in particular, rarely feature in pop culture because mass media only rewards a particular kind of Blackness. This reward system is the reason that the wider colorism conversation always stalls — because to acknowledge its existence would appear to set us back even further.

Per colorism, Blue is as light as her famous mother, but she still "fails" to hit those Eurocentric feminine beauty standards that would disqualify her from experiencing abuse rooted in Black self-hatred in other ways. Her father Jay-Z, with his wide nose and large lips, has been deemed "ugly" for decades. People have always used this against him, to declare one of the world's most successful artists as unworthy of marriage to Beyoncé. And there has always been anger at the fact that Blue inherited his 4C hair and wide nose, to the extent that Beyoncé actively addressed these anti-Black projections on Lemonade track "Formation," pointing out that she loves those things in her husband and her child. Even if white supremacy would have her hate them. Then, on "Don't Hurt Yourself," she samples Malcolm X's famous "Who Taught You How to Hate Yourself" speech to drive this point home.

58 years after Malcolm blatantly pointed out these issues of self-hatred in our community, we remain at square one. Why are we repulsed by our own skin if it's not beige? Why do hair types past 3A disgust us? Why are we always telling each other to get nose jobs or oversexualizing our lips? Who benefits from this hate, and what does it mean that we channel most of it towards Black women? Ari Lennox, Teyana Taylor, and Megan Thee Stallion know colorism all too well, and it's something Black girls like Blue Ivy have to learn about at a remarkably young age. But we must stop normalizing our own self-hatred — even though white supremacy has convinced us for centuries that we should.

Because there may come a day when white supremacy is no longer a thing. And who will we blame then?