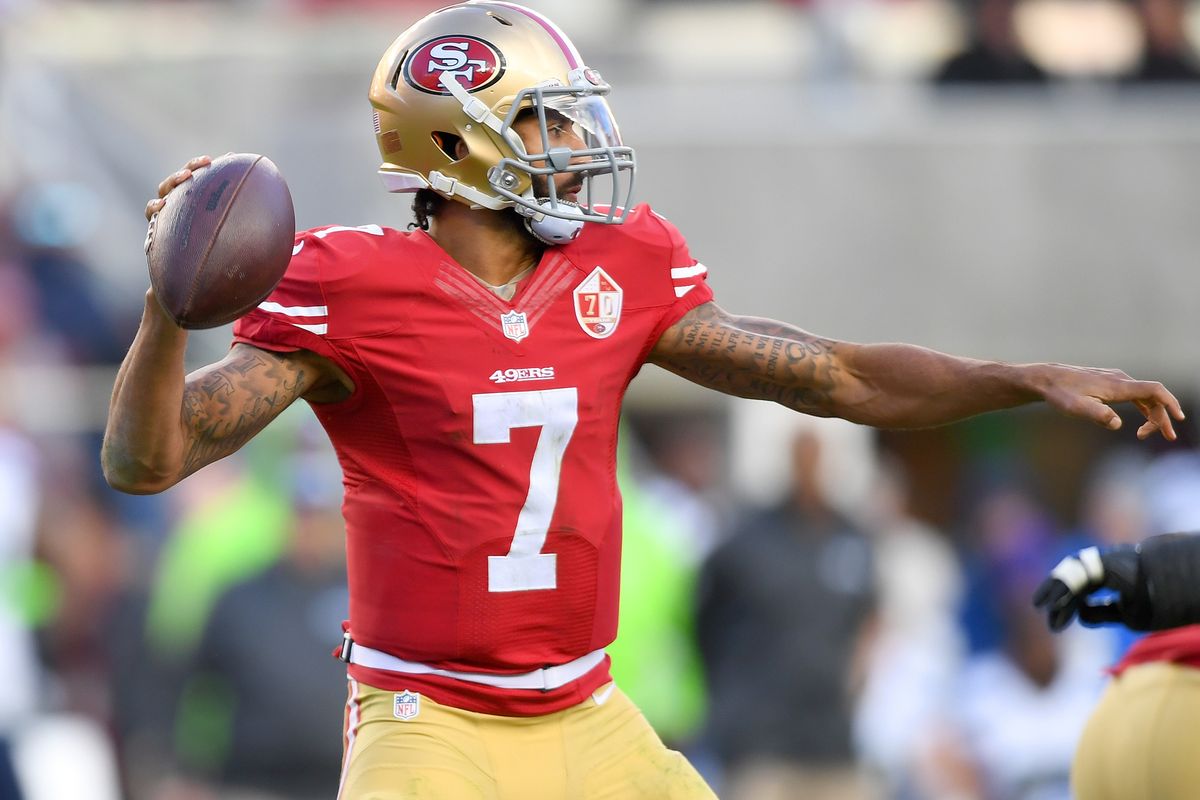 Despite worries from executives that Colin Kaepernick's silent on-field protest of police brutality would have a negative economic impact on the league, his San Francisco 49ers quarterback jersey became the highest selling in the NFL. This season it's still among the highest selling, even though he hasn't been signed to a team due to the controversy surrounding him at the moment. Though Kaepernick is still likely being blacklisted by the league, his jersey has found a new home as part of an exhibition at NYC's Museum of Modern Art.

Kap's jersey will be in an exhibit titled "Items: Is Fashion Modern?" as part of a section examining how sports has influenced fashion.

"When the whole Kaepernick thing happened last year, it was noted by the NFL that his jersey was outpacing the sales of [New England Patriots quarterback] Tom Brady's jersey," Stephanie Kramer, a research assistant at MoMA, told Quartz. "To us, that seemed to us to indicate a sea change in what the jersey represents for people. Not necessarily your hero, good-looking quarterback, but perhaps somebody who was using his sports prowess and celebrity to say something socially and politically. We thought that made a really important statement about what the sports jersey could mean to its wearer."

The exhibit will run from October 1 through January 2018.

Thanks so much @iamcardib I appreciate you supporting the movement and @yourrightscamp
A post shared by colin kaepernick (@kaepernick7) on Aug 28, 2017 at 1:54pm PDT