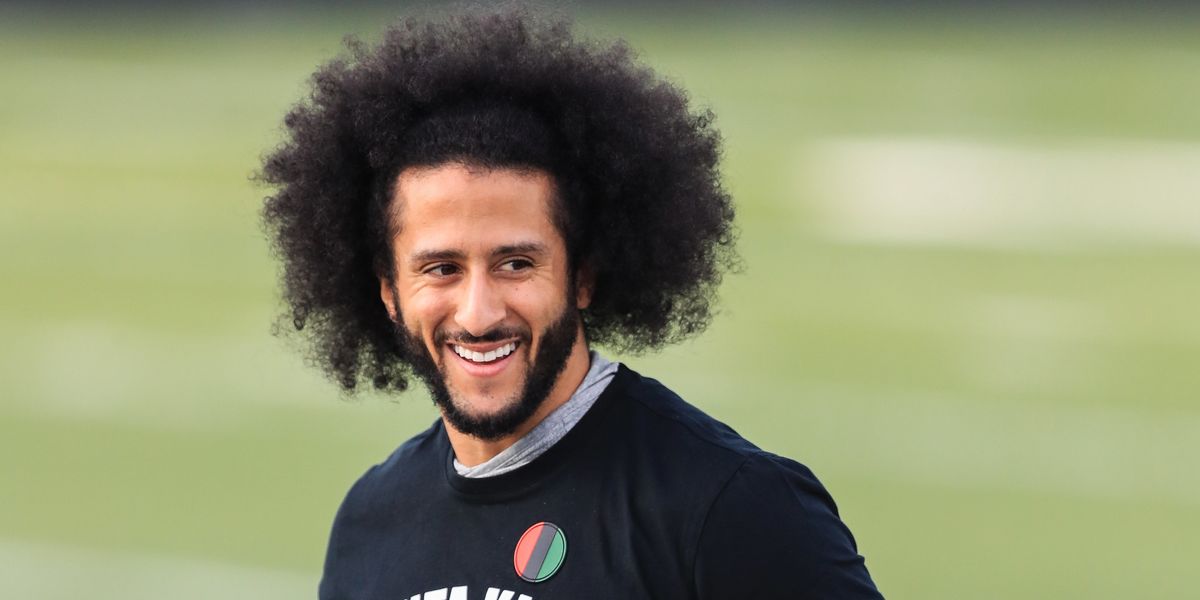 What Happened With Colin Kaepernick and the NFL this Weekend?

When the NFL invited Colin Kaepernick to a workout this weekend, three years after he was fired and blacklisted from the league, it seemed like progress. Kaepernick posted an optimistic message on Twitter: "I've been in shape and ready for this for 3 years, can't wait to see the head coaches and GMs on Saturday."

I’m just getting word from my representatives that the NFL league office reached out to them about a workout in Atl… https://t.co/733P2E3sm0
— Colin Kaepernick (@Colin Kaepernick)1573605924.0

Unfortunately, things unraveled quickly. Saturday ended with Kaepernick declining the workout and staging his own at a field nearby the Atlanta Falcons training facility.

A number of red flags had people calling the workout a PR stunt — or worse, a legal trap intended to undermine Kaepernick should he sue the NFL in the future. The first clue that the invite had little to do with getting Kaepernick signed and back on the field, suggests The Root, was the timing. The workout was held on Saturday, rather than Tuesday, when observed workouts are usually held. The timing meant big-name coaches almost definitely wouldn't be able to attend. The athlete was told his team wouldn't be allowed to film the workout or have media present, and the NFL would be gathering the only footage, which is atypical.

As a last straw, Kaepernick was asked to sign a workout waiver so unusual that NBC Sports' Mike Florio, who is also a lawyer,wondered if the the NFL might be "trying to parlay the waiver into a release of any claims for collusion/retaliation that Kaepernick could make as a result of his ongoing unemployment by the league."

"If I were representing Kaepernick, and if the goal were to have a genuine workout aimed at enhancing his chances of being signed by an NFL team, I would have asked immediately for the document to be revised to specifically clarify that any and all potential employment rights would be preserved," Florio wrote. "If the league had refused, I wouldn't have signed it, because the language leaves the door sufficiently ajar for a subsequent defense to a collusion/retaliation case that signing the waiver extinguished the claims."

Related | You Have the Right to Be Courageous: Eric Reid

Kaepernick — an expert in wordless protest — worked out on Saturday in a shirt emblazoned with "Kunta Kinte." The shirt is a reference to Alex Haley's 1976 novel Roots: The Saga of an American Family, which was later made into a hugely popular 1977 mini-series. In it, Lavar Burton as Kunta Kinte, a man kidnapped from Africa and sold into slavery, but who refuses to accept the daily cruelty and indignity of slavery, protesting being renamed "Toby" and repeatedly trying to escape. The character, now a pop cultural touchstone, is famously the inspiration for Kendrick Lamar's "King Kunta."

Footage from the workout seemed to impress people who saw it (who are presumably familiar with the game). Commentators who sounded surprised to see that Kaepernick was still good at football, had his pals like Common rolling their eyes.

Kaepernick made a quick statement after the practice, graciously characterizing the NFL's sketchy dealings as a "lack of transparency" and emphasizing that the ball remains in the teams' court. Or field, as it were.

In his time off, Kaepernick has founded and runs the youth empowerment initiative, Know Your Rights Camp, based off the Black Panther Party's 10-Point Platform. Learn more about the project in Kaepernick's PAPER portfolio.