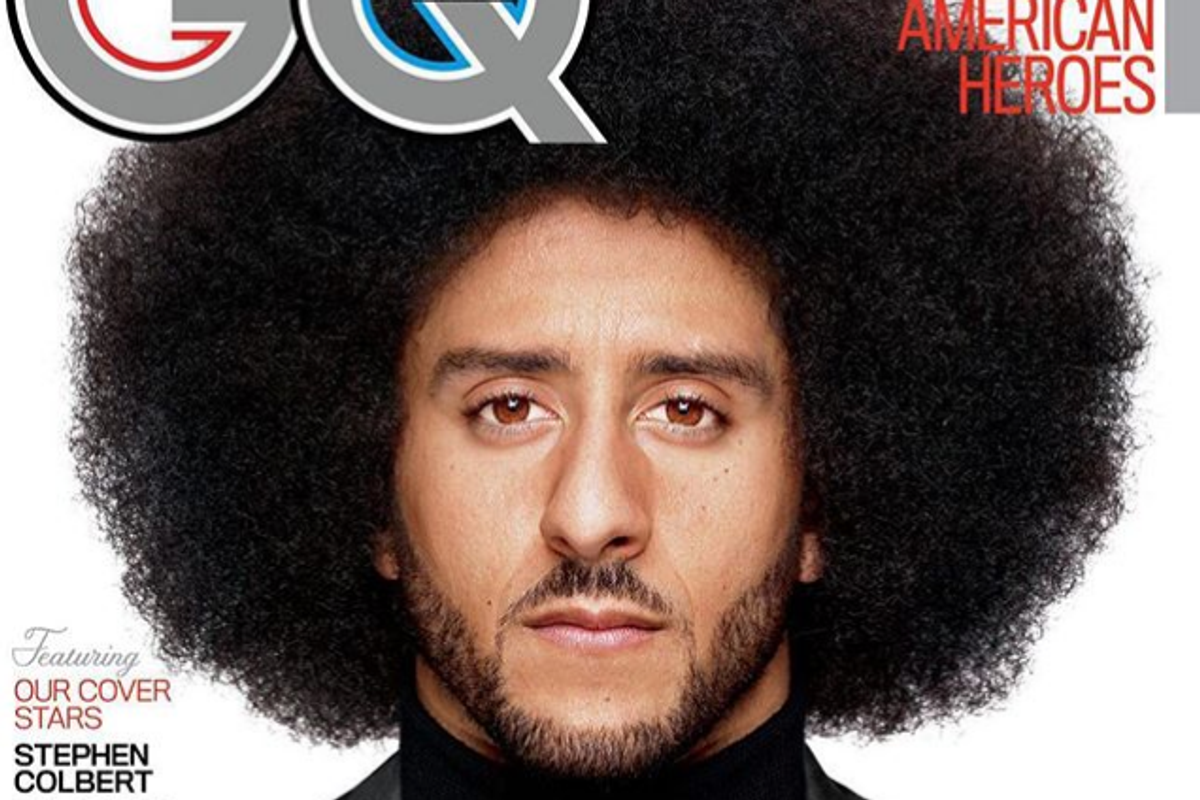 Colin Kaepernick is GQ's Citizen of the Year, Praise Be

The man who started a movement, incensing this nation's president in the process, former 49ers quarterback Colin Kaepernick, has finally been given the recognition he deserves on GQ's latest cover as a the magazine's "Citizen of the Year."

Kaepernick, who has been blackballed within the NFL for his political actions on field (namely sitting down during the national anthem, then openly expressing his discontent for the current United States government in post-game interviews), is one of the issue's four cover stars — Gal Godot, Kevin Durant and Stephen Colbert also feature.

J. Cole, Ava DuVernay, Linda Sarsour, all contributed to Kaepernick's profile, with J.Cole delineating how his fandom for Kaepernick "hit another level" when he watched the footballer stand up for his beliefs.

"It wasn't just that—it was when I saw the shit he was saying in the interviews when they pressed him about it," the rapper said. "His answers were just so clear and potent. Like, right on point. And he wasn't backing down. And he wasn't afraid. He was just being honest. And it didn't seem like he was looking for attention."

"Had he not done that, this guy would be making millions of dollars right now," Cole concluded. "Period, point blank. And more important than the money, he was living his dream. He sacrificed his dream."