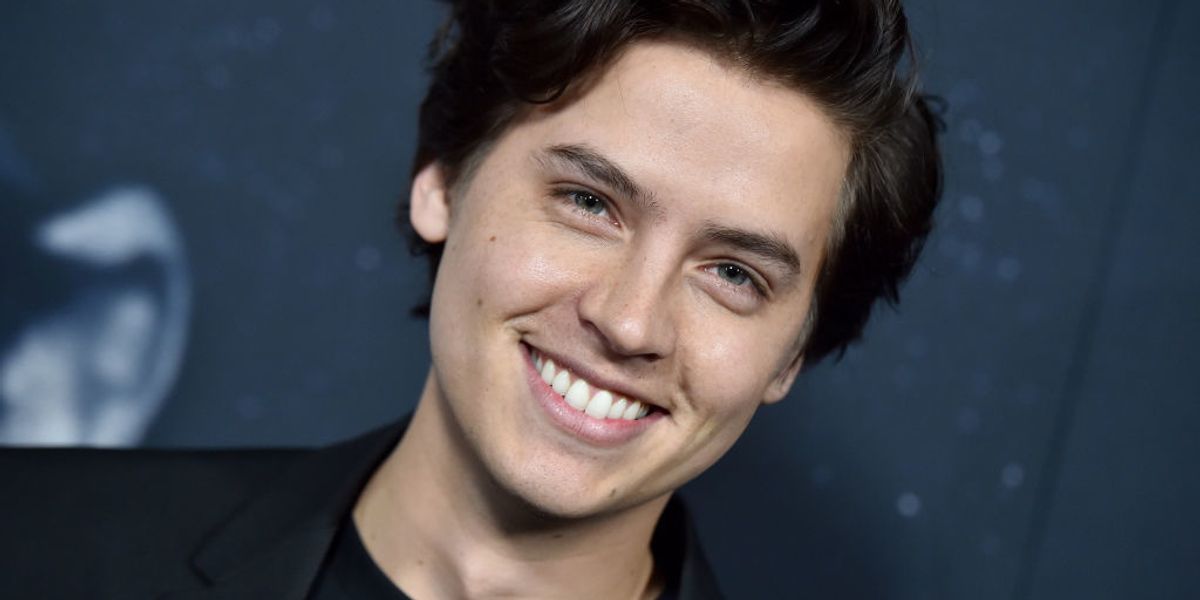 Depending on who you talk to, Cole Sprouse brings to mind either the baby faced Cody Martin or the edgy and eccentric Jughead Jones — two roles from an extensive and varied filmography that spans his entire 27 years. With Sprouse's latest acting endeavor, fans can picture someone else entirely, as we are only given his voice and suspenseful backing sounds to guide us through a chilling narrative.

Sprouse lends his voice to Borrasca, a new horror and creepypasta podcast that he both produced and stars in as protagonist Sam Walker. Inspired by internet folklore and created by Haunting of Hill House writer Rebecca Klingel, Borrasca is a suspenseful tale that follows Walker as he moves to Drisking, Missouri with his family as a young child. He meets and befriends young residents Kyle and Kimber and together they encounter a mysterious treehouse, where they are warned that they must carve their names into the wood before entering, or else they will disappear. We hear Sprouse voice Walker at age 17 and also at 25.

Borrasca was recorded at QCode, an LA-based audio production studio that emphasizes creating scripted, narrative stories. "[Podcasting] seemed to be a good model that was really taking off and people were taking an interest in," Sprouse explains to PAPER over the phone, while fending off requests from his dog Magnus to throw a tennis ball. "There was this creepypasta floating around online called Borrasca, and the rest was kind of history." The team initially planned to delay the release a little bit post-quarantine, but were compelled by how hungry people were hungry for content while in lockdown.

Sprouse was intrigued by the idea of portraying the same character, eight years apart. "What really drew me to Sam was that I'd have the chance to play an older, more grizzled version of the same character and also as a younger, adolescent, late teen," he says. "I enjoyed playing his carefree, joyful adolescence [albeit with his many traumas] and watching it decay over time as we jump into an older Sam's skin."

Sprouse, who loves all things atmospheric horror, met Klingel in the podcast's beginnings. She wrote and created its storylines: "We geeked out on a lot of things. I was a huge fan of The Haunting at Hill House. I got hooked to it," he says. "Rebecca [Klingel] is awesome, we had talked at length. She's kind of a dork and I'm kind of a dork, she and I sat and had a good time. She was in the studio every day with all of the actors making sure everything was going accordingly and was a real joy to work with."

Acting while not on camera was "pretty novel" for Sprouse. His previous experience with the craft had been "guest spots on cartoons" and "basic ADR" (automated dialogue replacement) or looping. He liked working with the constraints. "When the audience only has an audial, emotional cue to read, you're not capable of leaning on your physical, emotional responses to portray an emotion," Sprouse says. "Without those crutches to lean on, you have to figure out how to portray that same emotion with the same gravity, only through vocality. The glory of recording a podcast or voice acting is that you can do take after take without long resets for equipment. You can take your emotional context from the first take into the second, then that emotional context into the third, and usually by the third we would have it keyed in."

QCode's approach to voice acting was something Sprouse found to be "very freeing." They "brought in all of the actors in every scene to read alongside each other to make it feel much more organic," he says. This helped boost morale among the group, allowing them to perform as if they weren't in individual booths, differing from an acting experience that is usually solitary. "Based on my friends who are voice actors, that's not the most common approach, to be with all of the other actors in the same room playing parts," he says. "It added a nice gravitas. You're able to have a full body, emotional response alongside other actors in capturing that with purely audio."

Sprouse commends Klinger's writing and the show's directors, Stefanie Abel Horowitz and Tess Harrison, as they helped him not only bond with his castmates, but create an environment in which he felt supported and encouraged to step outside of his comfort zone.

"The writing does the majority of the work. If the script is good and the director is lucid, if the editor is on it, your performance is going to look great," he says, "I have a lot of great memories. I'm thankful we ended up getting this cast because everyone brought such a performance to it, coming with such diverse acting backgrounds and professional backgrounds. I'm so excited for people to see it."