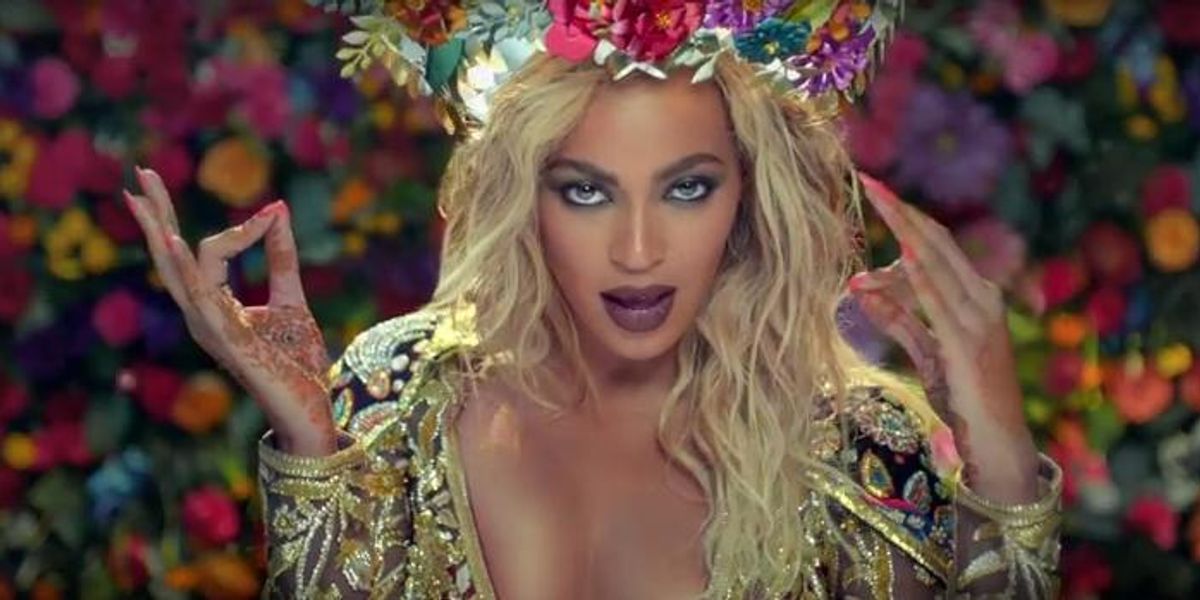 Coldplay and Beyonce teamed up for their characteristically anthemic single 'Hymn for the Weekend,' and the video has the frothy pairing heading to India, to do what all rich people go to India to do: stick their heads out of taxi windows, and get colorful powder thrown at them.

Bey--of course--filmed her parts separately, so she spends most of the video as essentially a disembodied head (her natural state).

It's a fun video, and a nice preview of the cameo Bey will be making during Coldplay's Super Bowl halftime show in a few weeks.