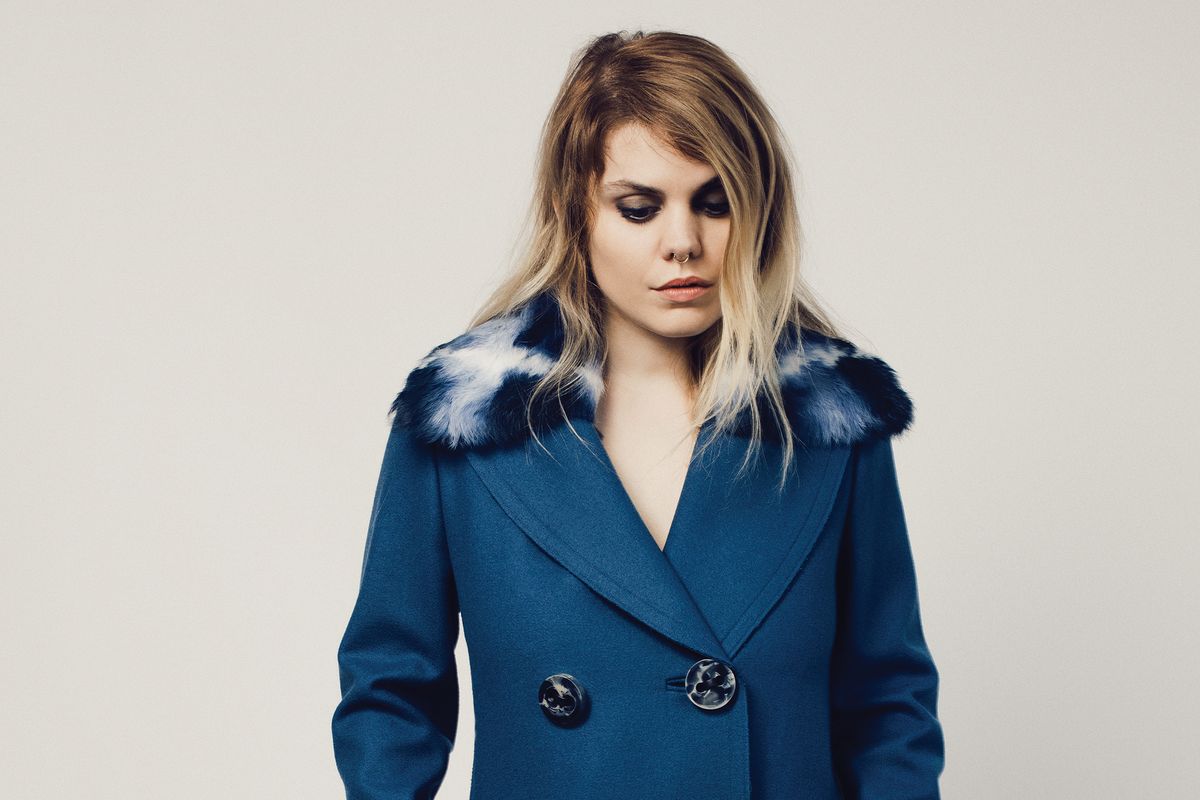 Beloved by the fashion industry and Francophone fans around the globe, the Canadian singer-songwriter prepares to break out in America.

It's a rainy day in Paris, where Béatrice Martin is over 3,000 miles from home. Better known as Coeur de Pirate, the 26-year-old, Montreal-based singer-songwriter is in Europe promoting her third studio album Roses, a collection of pop songs grounded in Martin's piano-laden melodies and honey-sweet vocals. Released in August of 2015, seven years after her eponymous debut (which charted top ten in France), Roses has become Martin's best-selling album to date. The commercial success would be exciting for any artist, but it's all the more so for Martin, who, despite only being in her mid-20s, has been in the game a long time. She got her start at 15, playing keyboard for punk rockers December Strikes First, before joining the Québécois indie band Bonjour Brumaire two years later. One year after that she launched her solo career, releasing her debut album at 18.

"I remember when I was first starting out and my friends were going to university and having exams, I was on the road thinking, 'Well, I'm doing this amazing thing, but on the other side, I'm missing out on so much,'" she confides over the phone. "Then I got pregnant really young, and I was thinking that maybe I didn't really get to live my twenties." That said, Martin wouldn't trade in her life for something more normal -- she's been hoping for an opportunity like this ever since she started studying piano and performance on a serious level at the age of nine. She's also taken to motherhood quite naturally since the birth of her now three-year-old daughter Romy with tattoo artist husband Alex Peyrat. "It's really great what happens. I'm a certain person when I work, and with Romy I'm completely different. I'm more patient."

But all of this excitement in both her professional and personal lives can be exhausting. "Of course I feel 45 sometimes, but I don't mind," she says with a laugh. Having won a series of international awards (such as the Canadian Independent Music Award for "Francophone Artist of the Year"), garnered tens of millions of views on her YouTube videos, and become the center of attention for a loyal, international fan base, the trade-off seems like a no-brainer. Her featherlight melodies on breakout tracks "Ensemble" and "Comme des Enfants" made her a major force in the Francophone world, bringing "la chanson française" to today's youth. A quick scroll through Tumblr, however, proves that her reach extends beyond the French-speaking community; fans gravitate to the artist not only for her music but also for her style, a mix of lacey dresses and Gallic blouses offset by pork pie hats and tattoo sleeves on each arm. A fan of young designers like Damir Doma and Jacquemus, Martin also loves anything by Karl Lagerfeld -- whether for Chanel or Fendi -- and the feeling is mutual. (She's the face of Fendi's Spring 2016 'Eyeshine' sunglasses campaign.)

Jacket and pants by Fendi

Despite all of this acclaim in the global music market, on Tumblr, and in the fashion scene, Martin is still seen as an up-and-comer in the States. She chalks this up to a combination of language barriers and unfortunate timing -- this past January her US label, Cherrytree, parted ways with Interscope (losing most of their roster and promotional resources in the split), just when Martin was counting on them to push Roses.

"It's really fascinating because if you're from Canada or France, there's a very 'do it yourself' aspect to it all," she explains. "But then you get to the States, and it's complicated. It hurts, because you're doing so much to make this happen, you believe that these people will work for you and make your album stand out, and that never happened. At one point I was like, 'Okay, maybe my album wasn't good, and that's why it didn't work out.' But on the other hand, well, they didn't do anything with it."

That said, her success abroad and fervent fan base keep her confident and hopeful. "I believe in what I do, and I still have sold-out shows in the States," she says. " And I have such a great core fan base — they're amazing, and they believe in me." Moreover, Martin probably couldn't stop making music even if she wanted to: Songwriting has become too integral to her sense of self. "You get into a trance almost, and it's all I'll do," she says of what happens when she's writing new music. "The second that I know I have a really, really good song, there's a complete rush. It's beautiful. It's better than anything. Maybe not sex, but it's close."