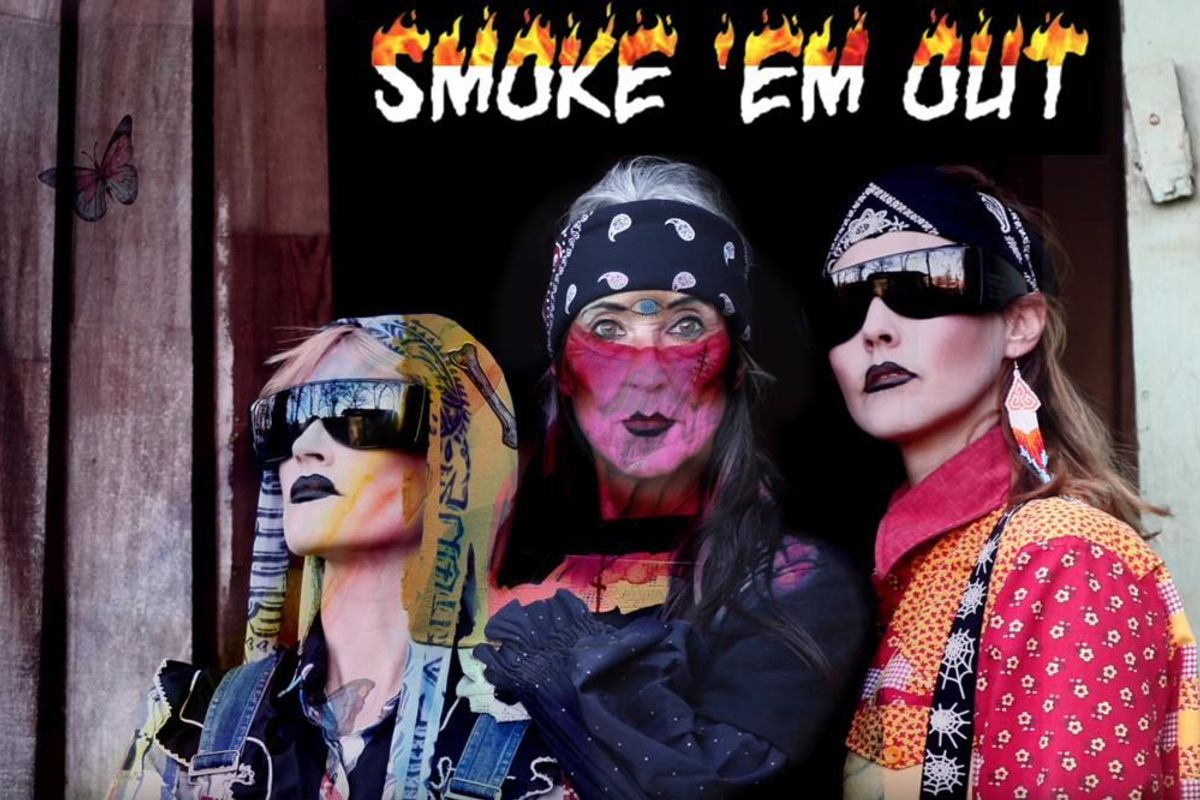 Sister act CocoRosie have teamed up with fellow bewitching chanteuse ANOHNI for a new anti-Trump, anti-fascist track "Smoke 'em Out."

The song comes with an original poem written by 1/2 of Coco, Bianca Casady, as well as a statement about our current national climate, and the collective fear as we near the Orange One being sworn in on Friday.

Today, we share a new song to inspire the weary-disappointed hearts of so many crest-fallen citizens. We just started working on a new album, but "Smoke 'em Out" begged to be turned loose on the world now, as a means of participation during these turbulent yet invigorating times. Joined on guest vocals by our fellow Future Feminist ANOHNI, "Smoke 'em Out" welcomes the new character who will be occupying the White House with a mob of women and children armed with forks and knives. In the wake of this un-natural disaster, we feel a call to rise, shout, and burn the house down. Included is a poem we have written as a kind of channeling which digs deeper into the subtext of the lyrics exploring the unending end of time ambiance and the idea that "the future is female" and a very necessary force to be reckoned with.

Listen to "Smoke 'em Out" below.