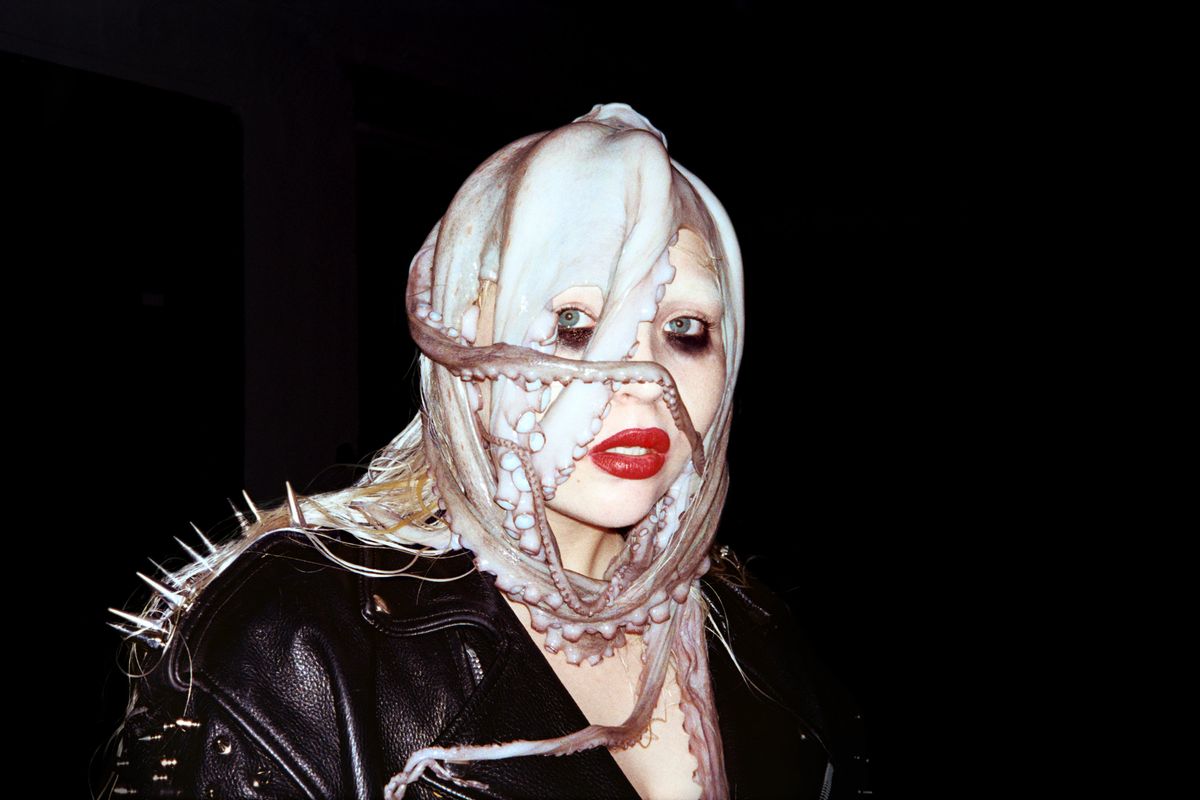 If you haven't heard of her yet, chances are that you will soon hear Sweden's own Cobrah (stylized as: COBRAH) in the underground before she bubbles up to the surface. By the sound of things, it'll likely happen sooner rather than later.

A little background: The queer performer makes electronic bangers heavily influenced both by her experience in the kink, vogue, and punk communities. As such, her music is inherently political and personal. Cobrah's new single, "IDFKA," an acronym for "I don't fucking know anymore," culls those initial inspirations and channels them into a song that feels like a rallying cry against increasingly troubled times. On one hand, the song's lyrics and Cobrah's intentionally deadpan delivery address defeat, but the sinuous production itself is motivating -- from the dancefloor (or dungeon, if that's what you're into) to the streets. Considering the latter point, "IDFKA" transforms into a call from apathy to action. Its video, a trippy 3D animation co-directed with artist Erik Hellmouth sees Cobrah as a sexual cyborg of sorts making her way through what looks like a bloodstream. It's pretty intense.

PAPER chatted with Cobrah about the new video, what to do once you've hit rock bottom, and the importance of sexual expression in her art.

How did you shoot / create the visuals for this piece? How did the song inform the video's concept?

I knew I wanted to do 3D animation for this song when it was finally finished...there's something surreal about it that I wanted to capture visually. It started out as an idea in my head that this song is the birth of COBRAH as an artist and the start of a new "me." But to give myself a new beginning, I had to confront my inner thoughts of self uncertainty and come out on the other side stronger and ready for it. Therefore the video illustrates my self-birth and ends with an army of me strutting the catwalk into the future. I was contacted by Erik Hellmouth the animator who really liked the storyline and we worked together for about two months making the ideas come alive. I sent him pictures of my face and he sculpted it to resemble the pictures.

Many artists are channeling their anxiety into music – possibly due to the fraught political /social climates we are navigating. How does "IDFKA" translate for you specifically? Where did it come from for you? What do you hope listeners gain from it?

What I think is interesting with "IDFKA" is that the anxiety comes from the perspective of being really fucking tired of it. It's almost like a warrior song that gives me strength. I believe it's important to channel anxiety into an engine and that is exactly what this song is about! I hope that listeners gain power and self confidence from this song, and find hope in admitting that sometimes you just don't fucking know anymore and that you should move on and slay the world. It's the song about when you've reached rock bottom, there's only the one way to go: up.

Can you talk about the role sexuality plays in your work? I know you are part of Sweden's fetish scene/are a queer performer. What would you say is the most empowering thing about your artistic identity?

Sexuality is such an interesting topic, because we can't stop consuming it. I believe that all music is sexual in some way and my take on it that it's just more upfront! What's so beautiful about sexuality and why I was drawn to it, especially the fetish scene, is that it's such a free and interpretive expression. Growing up queer in a neighborhood with strict social norms that I never seemed to fit into, I found that this culture was a place of acceptance and challenged so many art forms. To be sexual in my own way lets me be myself while experimenting with who I'm becoming.