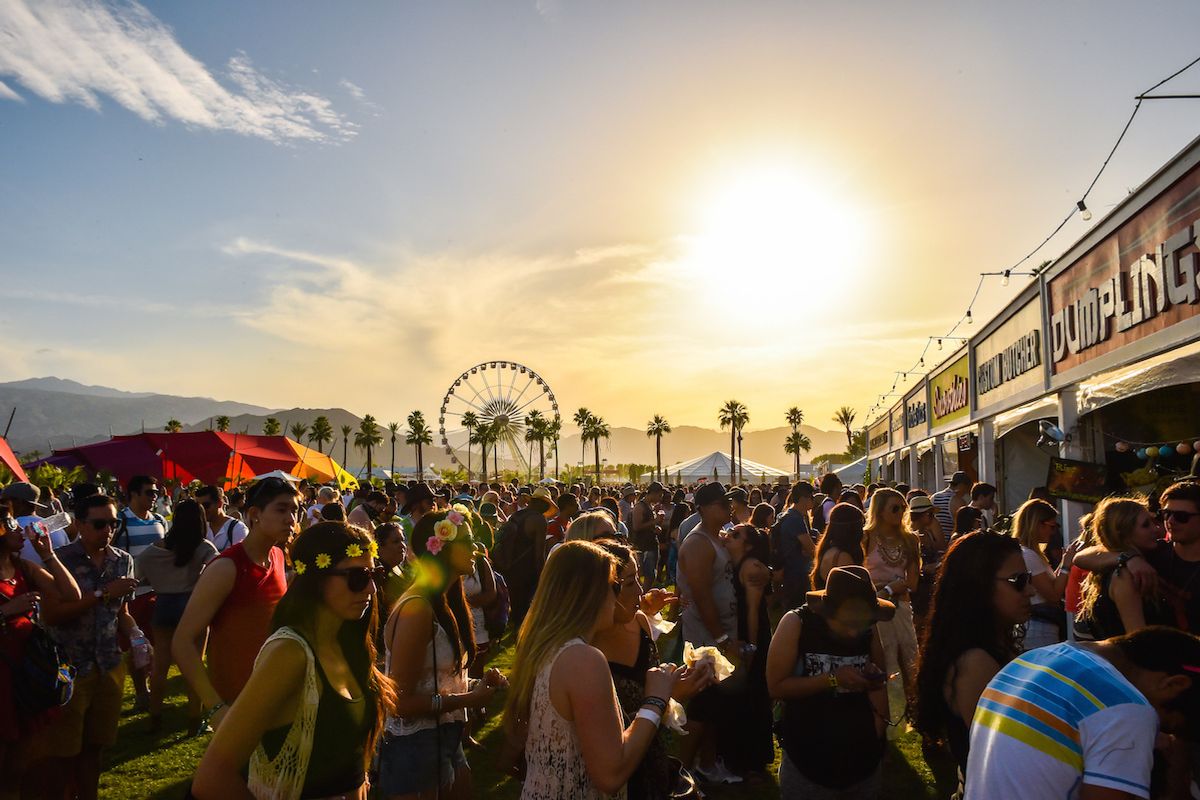 We Cataloged the Thirstiest Coachella Posts From Social Media "Stars"

Dawn has come and gone over the desert, and day one of Coachella Valley Music and Arts Festival has begun.

A flickering florescent lamp attracting billowy moths from all over the world, the festival truly follows the sentiment, "If you're on you're way to, or at Coachella, and you don't Instagram or tweet it, did it ever really happen?"

Is Coachella even real?--just a sherbet-sky colored, lucid dream of the collective alt bro unconscious?

Whatever it is, it's happening, now.

It's been reported that the festival has literally banned "narcissists" in an attempt to curb the occasion's oppressive content explosion.


But it's not just civilian denizens who are tirelessly documenting their pilgrimage on social media; the blue check mark felebrities are out in FULL 'chella force.

Vine stars and YouTubers with unbelievably chipper, two-last-name-names "Oh, that one.." from TV...beauty vloggers...YOU NAME IT!


And as they gift us with their feverish excitement, it's time to catalog it--a means of fathoming this heavenly, tank-topped, dust-swept Mecca.

Our ongoing documentation of their "Who's Who, truly Who..." thirst begins here and now.

This should be interesting
— Brant Daugherty (@brantdaugherty) April 15, 2016

happy birthday to my brother @CrawfordCollins 🙌🏼 were gonna kill it this weekend🔥🔥🔥
— Andrew Bazzi (@andrewbazzi) April 15, 2016

Thanks bro! Coachella is about to be lit🔥 @andrewbazzi
— Crawford Collins (@CrawfordCollins) April 15, 2016

I have no cool shirts to wear to Coachella. So I copped 6 white Ts
— Money Making Jasper (@JasperDolphin) April 15, 2016

Which performances should I see at Coachella this year?
— King Bach (@KingBach) April 15, 2016

Can't slay Coachella this year...so let's give it up for last pic.twitter.com/EoRqWc2itc
— Lauren Giraldo (@LaurenGiraldo) April 14, 2016