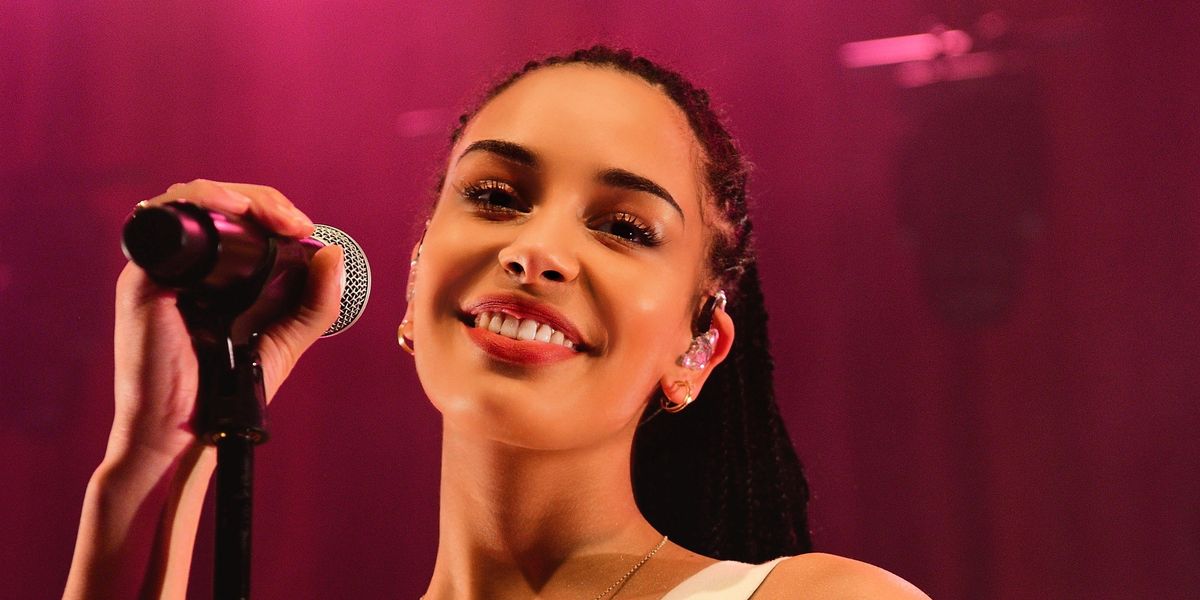 Coachella season is upon us. It's a time for festival-wear, day drinking, and Beyoncé reverence. The festival is graced by a number of big names this year, including not only Queen Bey, but Cardi B, HAIM, and Kelela. Below, we've rounded up a few of the lesser-known but equally exciting acts at the festival this year:

Bedouine Bedouine's quiet, twangy folk tiptoes through your headphones and across the crevices of your brain, filling you with a sense of warm security. On her 2017 self-titled debut, her voice is mellow and rounded like butter melting on hot toast. But, though her music is sonically comforting, her lyrics are wide-ranging; she ruminates on her childhood home in war-torn Aleppo, Syria, on her sense of loneliness, and on her heartache.

Big Thief Big Thief's Adrianne Lenker transforms stories about her family and friends into contemporary folklore. Her song "Mary," off her album Capacity, was one of the best indie-rock songs of 2017. It is a majestic, starry-eyed piano ballad about her best friend, and listening to it feels like peering into a just-shaken slow globe and seeing everyone you love there, waving back at you.

Chloe x Halle Twins Chloe and Halle started out uploading covers on YouTube, their deep, mature voices shining even when they were tweens. Their cover of Beyoncé's "Pretty Hurts" caught the pop star's attention, leading to a spot opening for her Formation tour, and a record deal with her Parkwood label. Their recent debut album The Kids Are Alright is a web of gorgeous layered harmonies, anthemic R&B hooks, and empowering lyrics about living without regrets and loving yourself and your body.

Ibeyi The French-Cuban twins who are Ibeyi show that the personal is political. They released last year's electronic-R&B album Ash — which was sung in Spanish, English, French, and Yoruba — to widespread critical acclaim. "No Man Is Big Enough For My Arms," samples a Michelle Obama speech countering Donald Trump's misogynistic statements, turning it into a courageous feminist anthem. Throughout the album, they also transform specific, intimate details of trauma and pain into a bold odes to resilience marked by warped electronic beats, delicate falsetto, and complex layered vocal harmonies.

Jessie Ware Jessie Ware luxuriates in grandiosity. Her voice is powerful, soaring above the jazz-inspired R&B on last year's Glasshouse, allowing her lyrics to shine. She sings with remarkable clarity about her desire, the singular, cinematic romance she has found, and her fears and curiosities about motherhood.

Jorja Smith British R&B singer Jorja Smith rose in prominence after being featured on Drake's More Life song, "Get It Together." Last year's single, "On My Mind," was a searing, heartbreaking disavowal of a lover who won't let you get over them. It highlighted her cool and velvety vocals, which she has said "makes the genre." Smith has drawn comparisons to Amy Winehouse. Indeed, both singers' vocals dominate any space and song they're in.

Kamaiyah Kamaiyah is an Oakland-based singer and rapper who broke out with her bubbly 2016 song, "How Does It Feel," off her debut mixtape A Good Night in the Ghetto. In the video, a colorfully-dressed Kamaiyah sips champagne and raps, "I aim to be paid./ I aim to be great." over a bouncing, groovy beat. Since then, she has collaborated with Drake on YG's "Why You Always Hatin?" and has dropped another mixtape, Before I Wake. She says she's inspired by Missy Elliott, and the influence is clear in Kamaiyah's cool confidence and '90s-inspired production.

Noname Chicago-based rapper Noname started out performing at poetry competitions and broke into the mainstream when she was featured on Chance the Rapper's 2013 Acid Rap mixtape. Her songs are an amalgamation of sung-crooned rap and melodic choruses. Her poetry background is evident in her carefully-articulate lyrics. Her 2016 album Telefone feels like watching home videos of a childhood neighborhood — the songs are sunny and beautiful, but tinged with a melancholy yearning.

Sudan Archives Singer-songwriter-producer Sudan Archives taught herself to play the violin. She is inspired by, "Sudanese fiddlers, R&B, West African rhythms, and experimental electronic music," and her songs contrast the prickly intimacy of folk music with the futuristic warble of avant-garde electronic beats. But her song's complex sonic landscapes don't take away from her lyrics, which capture the first rustling moments of new love while also warning haters from trying to drain her energy. Whether whispered, chanted, or distorted, the confidence in her voice is undeniable.