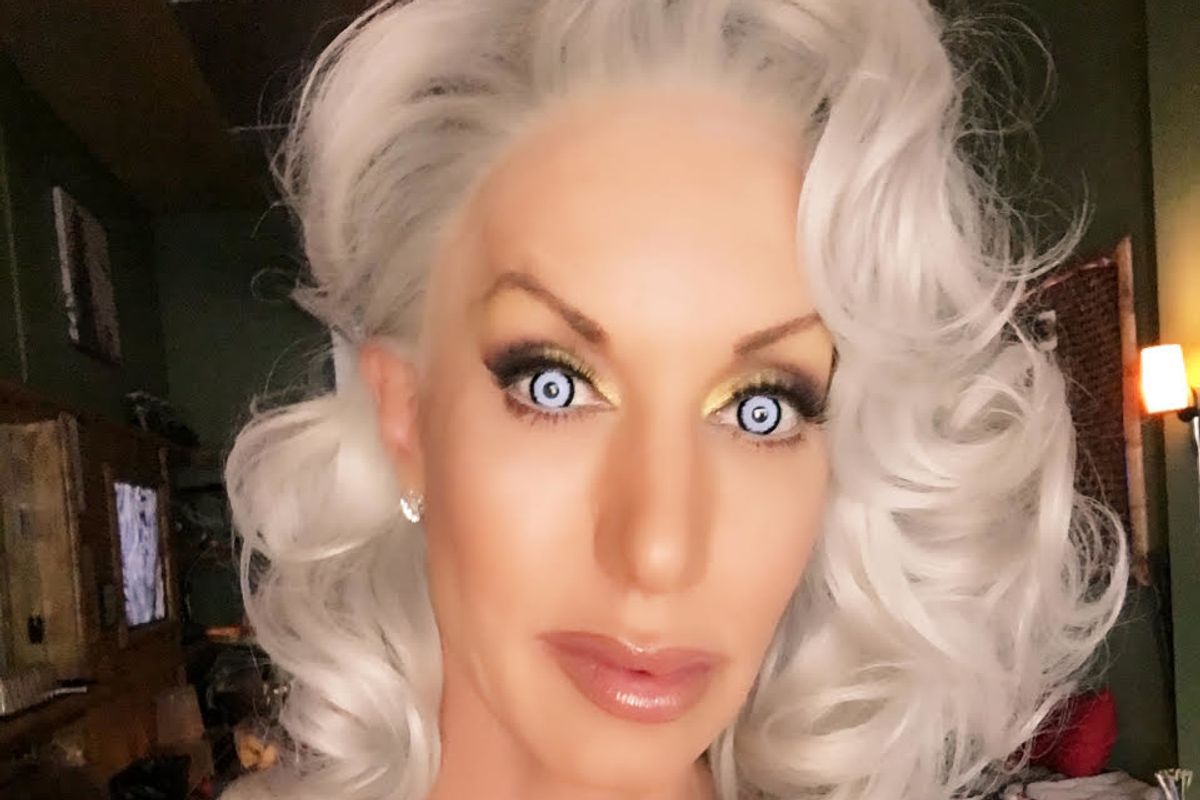 A clubbie, party girl, and personality, Robi Martin is now married, settled, and living far, far away. Robi paused to look back on her club days and how she's evolved.

Hi, Robi. First of all: What brought you to New Zealand?

I moved to New Zealand [in 2017] with my husband, Michael. He is an emergency room doctor, which afforded us a great opportunity to live almost anywhere in the world, given the doctor shortage. Coming to New Zealand has been wonderful and we have escaped the current situation in the United States.

Where do you originally hail from and what brought you to NYC? Did you intend to get involved in nightlife?

I'm originally from Denver and came to New York City to go to FIT. I did not intend to get into the nightlife scene when I first got to New York City. It just sort of happened.

What were your first thoughts about clubs? Over the top? Euphoric?

My first thoughts were definitely euphoric.I'll never forget my first night in the city. I went to the Palladium and Sally Randall was working the door. The line was around the block and I was sure we would have to wait for hours to get in. She saw me as soon as I got out of the cab and pulled me in and gave me tickets to the Michael Todd Room. As someone who had been picked last for everything their entire life, it was the first time I really felt special.

How did you handle all the sex, drugs, and rock and roll in the clubs? Were you controlled?

The sex drugs and rock 'n' roll were definitely my downfall. I'm pretty sure I tried everything once.

What was your best club memory?

I have so many great memories of the nightclub life. The first club I worked at, the World, was amazing. Everyone that worked there was like a family. I also really enjoyed a lot of the events like the Life Ball, and all of Susanne Bartsch's parties. So many great events. It was also a lot of fun to see what everyone was wearing.

The worst memory I have was probably at The World. The toilets in that club did not work and they would just fill up as the night went on. There was a team of people that came in every day to ladle out the shit and piss, and it smelled so awful. I've never smelled anything like it.

Who were your best friends on the scene?

My best friends in the clubs were Jojo Americo and Codie Ravioli and all of the Patricia Field children. They were my family. I also was very close with PJ Jones and Danny Buda.

Did you feel like you belonged? (Meaning in the nightlife community)?

Yes, I really did feel like I belonged. For the first time in my life I was accepted and part of the gang.

When did you leave?

I left in '95 or '96, I can't exactly remember.It was around the time of the "partymonster" incident, when everything started falling apart.

How did you get over the excesses of club life? Did you just remove yourself?

Yes, I just left the city, moved to L.A. for a couple months and hated it, then moved back to Denver. Denver had changed a lot while I was away, and I really enjoyed living there the last 20 years.

When did you transition and what can you tell me about that?

I started my transition shortly after I got to New York City. Do you remember five dollar Ava? She took me under her wing and got me started on hormones. Coming to New York City was the first time I had ever seen anyone like me, or at least who I wanted to be.

Currently, I'm living in New Zealand, re-decorating a house that we bought to be a bed and breakfast. I was also the ice queen in the Christmas parade a few weeks ago. At this stage of my life, I want to still do hair part time and run my bed and breakfast, and live a more simple life with decent people in a lovely place.

Are you accepted as trans in New Zealand or is it not even an issue?

Being here in New Zealand has been amazing. Being trans here is a non issue. Everyone in Whanganui has been fabulous and have made me part of their community.