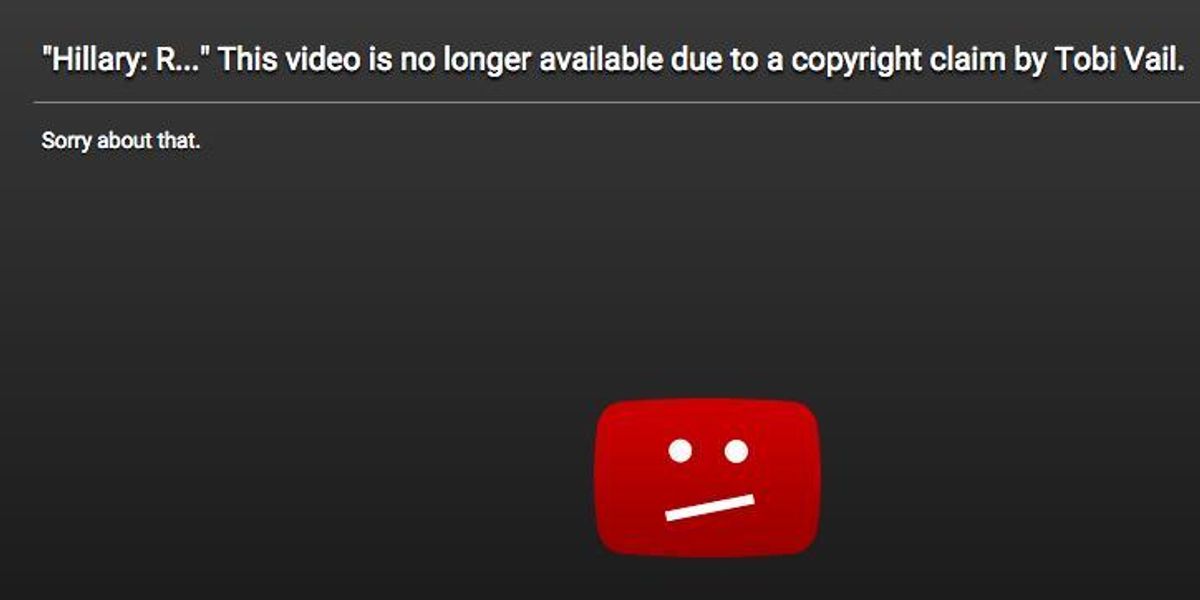 You would think politicians would have learned by now that you shouldn't co-opt a band's music for your campaign ends without checking in the musician first. Whether it's Donald Trump getting busted for using Adele's songs (or R.E.M.'s, or Aerosmith's), or John McCain playing Jackson Browne, the politician almost always ends up angering the artist. Now add Hillary Clinton to that list--or at least, one of her supporters.

Earlier this month, John Podesta, chair of the Clinton campaign, tweeted a link to a video in support of his Democratic candidate. The video detailed Hillary Clinton's record of feminism to the soundtrack of "Rebel Girl" by Bikini Kill.

Clicking the link, you'll find now that the video has been taken down. Tobi Vail, a founding member of the band, filed a copyright infringement claim against the user and had the video pulled. Vail herself is a Sanders supporter, but that was not the motivation behind the takedown request. As Vail told Death and Taxes, "Bikini Kill is a collective, we collectively own our entire catalog including songwriting, so in order for a song to be used they need to have the permission of the whole band." "I was just trying to get them to go through the proper channels so that we could make a collective decision," she explained. On facebook she noted, "We don't authorize use of our songs in advertisements so…this should be the end of it, I hope."

While it was initially rumored that the Clinton campaign had created the video, a representative told the A.V. Club that it was created by a supporter, not the campaign. So Clinton supporters and Sanders supporters alike can give "Rebel Girl" a completely apolitical listen right now.