Clint Eastwood's Changeling Is a Lulu! 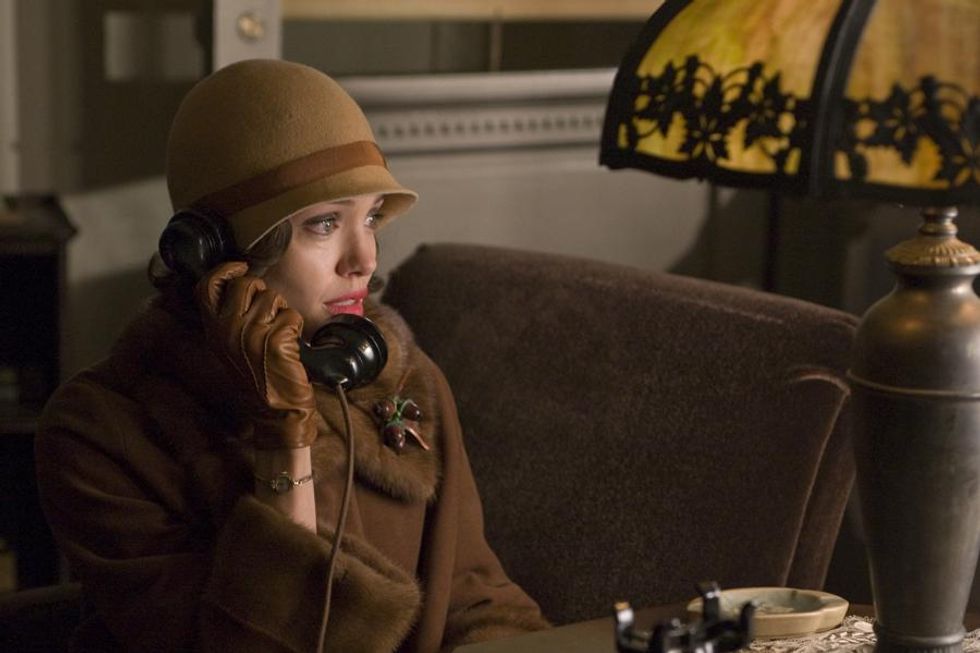 Changeling, opening this week, is Clint Eastwood's new film based on a true story, and let me say, it's a lulu. Angelina Jolie plays Christine Collins, a single mother in Los Angeles in the 1920s, living with her young son Walter. Her son is abducted one afternoon and the police find a boy later on and say they’ve rescued her son. But when she sees him she instantly knows it’s not him. Her insistence so embarrasses the corrupt police department they forcibly have her thrown in the loony bin just to keep her away from the press, along with an activist reverend (John Malkovich), who championed her daily live on the radio. Believe me, what happens next is pretty astonishing.

Jolie, with her little hat framing that unusual beautiful face and blood red lips makes for a stark, incredibly sympathetic heroine. And Eastwood’s direction is solid if slightly belabored. It does take forever to make it’s point. But it’s the story itself that’s pretty wild. And the casting is first rate. Amy Ryan is, as always, riveting as a fellow asylum inmate. Jeffrey Donovan is a perfect slimeball as the corrupt police captain. strong>Michael Kelly, an actor I’ve always enjoyed in other movies, is sensational as a responsive, and mercifully dogged, detective. And in a star-making turn Jason Butler Harner is just electrifying as the creepy, twitchy, weirdo Gordon Northcott.