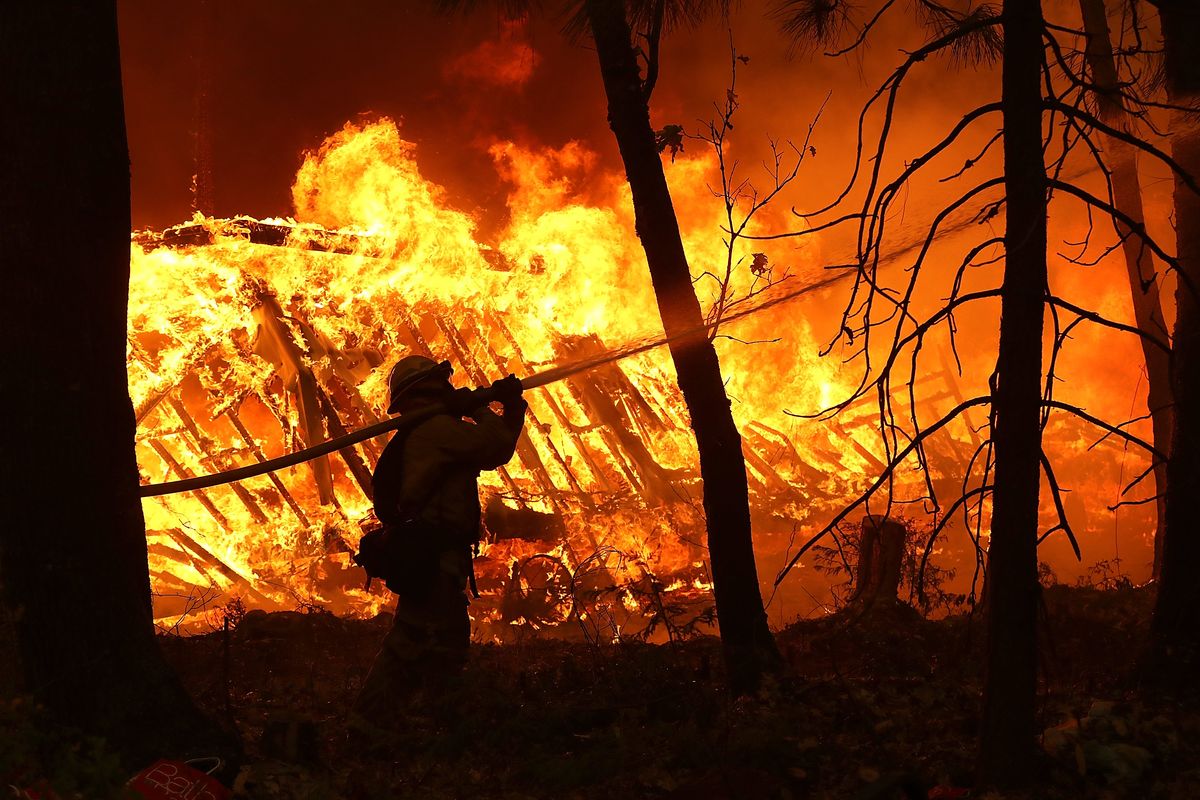 Climate Change Is the Culprit Behind California Wildfires

Raging wildfires have wreaked havoc California, and recent reports show that at least nine people have died in the town of Paradise, over 6,700 structures have been burnt to the ground within an area larger than Detroit. And for this tragedy, President Trump blames "gross mismanagement." In a tweet, Trump says, "There is no reason for these massive, deadly and costly forest fires in California except that forest management is so poor."

There is no reason for these massive, deadly and costly forest fires in California except that forest management is so poor. Billions of dollars are given each year, with so many lives lost, all because of gross mismanagement of the forests. Remedy now, or no more Fed payments!

But, according to The Washington Post, California officials' universal response is that climate change is the true culprit. Writer Angela Fritz saw this coming when she reported on the Carr Fire back in July. The phenomenon is making the nation more prone to such disasters as the extremely hot summers, and dry winters have "led to tinder-dry vegetation." She wrote, "The energy release component, or how much fuel is available for the fire, is at the highest it has been around Redding since at least 1979." And what happened then in Redding is most likely what's happened everywhere else in California today.

The Camp Fire—named after a nearby creek—in Butte County has not yet run its full course. The county officials have declared a state of emergency, as its already "burned at least 90,000 acres, more than 140 square miles, and was only 20 percent contained by Saturday morning." The fire is likely only to worsen over the weekend.

If you'd like to help victims of the California wildfires, click on this link as a guide on how to donate and do what you can for those affected.