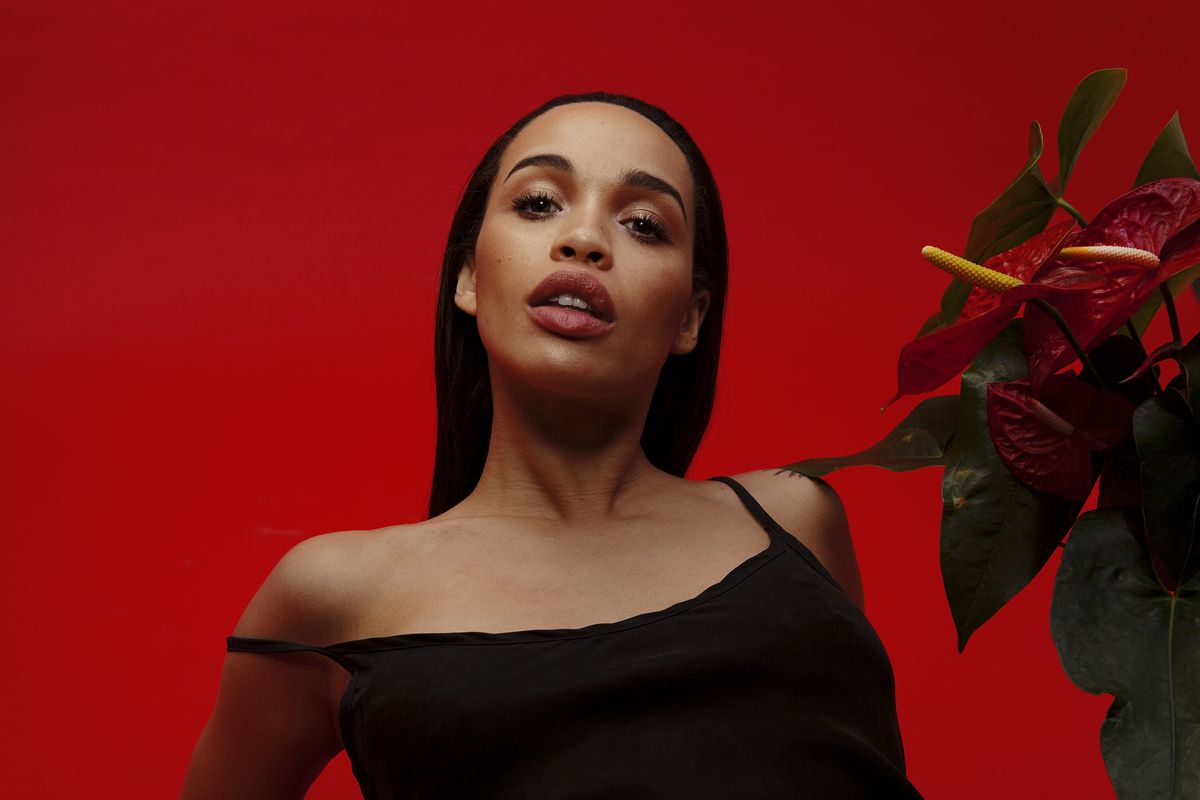 The Australian actress scored her American break in "Step Up: Revolution" and Will Forte's series, "The Last Man on Earth"

Cleopatra Coleman grew up a huge fan of comedy, particularly the sketch work on Saturday Night Live. So to find herself cast alongside Will Forte in The Last Man on Earth was both a chance to live out her comedic fantasies and to shift away from the dramatic acting work Coleman did as a teenager in Australia. The actress, who starred on Australian shows like Wicked Science and Neighbours for many years before relocating to Los Angeles, is now on the second season of the show and digging deeper into the character of Erica. We spoke with Coleman, who you may also remember from Step Up Revolution, about her career path, comedy and how she's trying to sneak into a Star Wars movie.

Was there one role that made you feel like a career in acting was really possible?

I've always been a performer since I was four years old. My father was a musician and my mother was, among many things, a belly dancer, and I would jump in and perform with her when I was two or three. At four I decided I really needed dance classes. I was lucky enough to have parents that listened to me. I got addicted to that feeling of performing and that kind of never went away. When I got to be 15 I got my first [TV] show and it just felt right. It felt good. I felt like I was finally with my people. It wasn't so much the role, but it was the feeling of just doing it. It felt like "Yeah, this is what I'm supposed to be doing."

This (and splash photo) by Logan White. Cleopatra wears a dress by Johnny Was.

What did you learn about being a performer from your parents?

They're both creative people, so I didn't have parents who looked down on being an artist. They never pressured me to do something more sensible or not follow my heart. They're both artists and sometimes we had money and sometimes we didn't. So they taught me the dignity in that and that there is dignity in that. That you don't have to conform and you can be happy doing your passion. It doesn't mean you're going to be rich, but hopefully you'll be happy. I learned how to live as an artist, whether you have money or not.

How long have you been working in the U.S.?

I was super lucky. I've been here a total of four years. It was a year or two into my being here that I started working. The first audition I did here I was very, very nervous about it, obviously. But I got a call-back and I felt really good. Since the beginning I've been pretty lucky I think.

How did being in Step Up Revolution help your career?

It was the first big budget movie I'd ever done, so that was really cool to be a part of. It was a movie about flash mob, so it was a big spectacle and that was really fun. I started getting a boatload a really intense fans, because that is a really established franchise that has really enthusiastic fans. But the coolest part about the Step Up fans is that they're really international -- they're from all over the place. They're from Africa, they're from parts of Asia, they're from Europe, they're from America, of course, but they're just so international. What's really cool for me is that I look like someone who's from a bunch of different places, so they've been able to really connect with me and that's been really cool.

Are you significantly more well-known in Australia than you are here?

It's weird, because I've grown up on TV there. But the idea of Australian celebrities is a little different. I do remember being 15 and being on vacation with my boyfriend's family at the time. I had little kids at the camping ground coming up and asking me for my autograph. It was nothing insane, nothing crazy. So I'm known, but I'm not hugely famous. Although I don't spend enough time there these days to even get involved.

What was the casting process like for The Last Man on Earth?

A lot of auditions, believe it or not. It was a casting director that I don't know personally, but I know because I auditioned for her a lot. I got really close to a few projects. So I auditioned. And at first it was just one of many auditions I was doing at the time and it was a really busy week and I didn't really think too much of it. I went in and I did it and I got a call-back and I got another call-back and then I had a test with Will and finally they figured it out and they offered it to me. But it took a while.

What excited you about the premise of the show?

It was so unique and unusual. I'm a really big Adult Swim comedy obsessive and a Will Forte fan from SNL, but also from his Tim & Eric videos that are super weird. I didn't know who the entire cast was, but I knew it was Kristen Schaal and I knew it was Will Forte. It was the cast, it was the premise, it was that the scenes were hilarious. The scenes that we were working on were so hilarious and they just meshed with me well. They just felt right. They felt easy, in a good way.

So you're a big comedy fan?

Yeah. It's weird though because I've never been trained as a comedic actor. I've been more of a dramatic actor. But my personal taste for what I like to watch as an audience member, as a consumer, is a comedy and it's always been comedy. Same with my parents. I grew up watching Fawlty Towers, Absolutely Fabulous, Are You Being Served? -- they're all British comedies. And also Saturday Night Live, Gene Wilder movies, Richard Pryor movies. I'm very much into Ricky Gervais and The Office. I'm heavy into watching comedy! That's why it's such an awesome thing that I get to spend my day with some of my favorite comedians now. It's really crazy.

Did you have a moment of intimidation when it came to working with Will?

Oh my God, totally. Yes. But what's really cool is that we all get along really well in the cast. We're all just people to each other. At first, of course, it was a little more daunting, but now it's just like family. But at first, yeah. Most of my scenes at the beginning were with Mary Steenburgen and she's the most nurturing, wonderful, balanced human with this amazing energy so you feel very centered. Honestly, I was having too much of a good time to be nervous. I was too busy trying to not ruin takes by laughing to be scared! It's just a good experience.

Have you become a better comedic actress?

Absolutely. I'm learning from the best, you know?

What do you like about working with Chris Miller and Phil Lord?

I really love those guys as people. I'm a fan of their movies, but they're just nice people. I love working for them. Any time I run into Chris at a party I'll be like "This is my boss!" and he gets all embarrassed. They're like the cool new kids on the scene so to be a part of that machine is a good feeling.

Have you been lobbying them for a role in their Star Wars movie?

I kind of want to, but I'm not really sure how to go about it yet. I don't know what to do. I don't know if I should show up to set in some kind of Star Wars get-up? Or just make a self-tape and send it in. I'd have to do some thinking.


What's your goal for your career going forward?

Have you continued to DJ?

I love DJing and that's something I'm about to get back into. The main thing about Step Up was that I played a DJ and after I finished shooting I managed to get myself an endorsement deal with Stanton and became a Stanton DJ. I had a residency in LA and I was traveling a little bit. That was really cool. I'd love to get back into it this year. I love mashing beats together.

Have you ever done stand-up?

No, I haven't! I've written bits, but I've never had the guts to actually do them. But I think I could do it. I'm pretty confident I can do anything if I practice enough. So perhaps in the future.