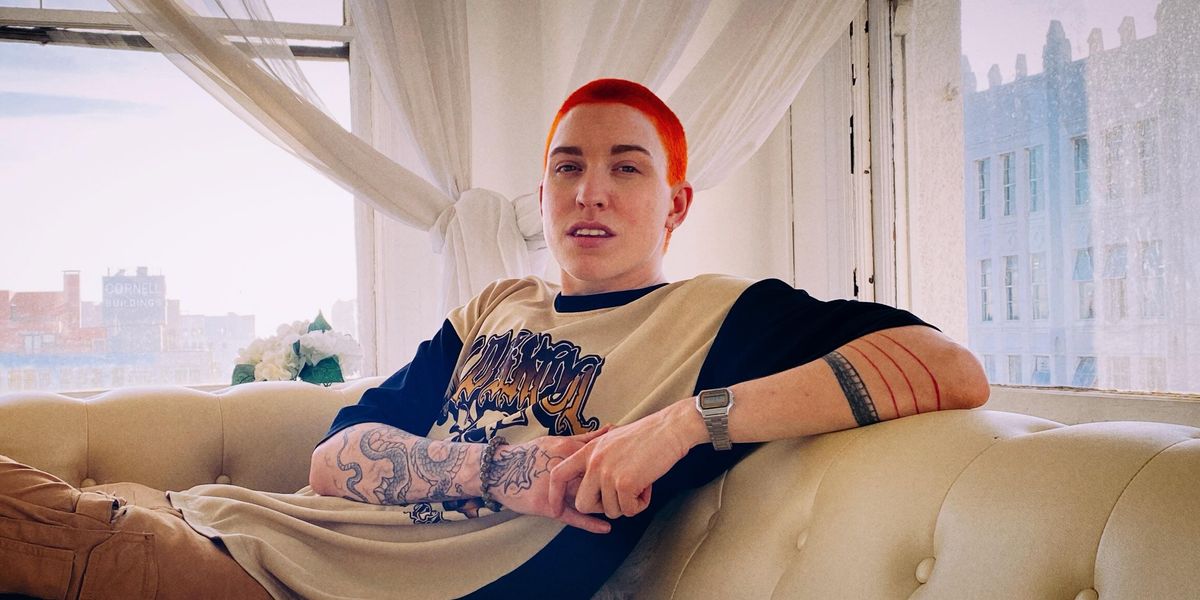 Vancouver-born Clear Mortifee first broke into the New Year with their single "M@n Like That" — along with its subsequent OSHUN rework — and now the nonbinary newcomer is back with an official music video for the R&B-leaning cut, out today.

Smooth and sunny, with Mortifee's vocals fluttering above Akeel Henry's production, "M@n Like That" was written two years ago about their old boyfriend. "I wanted a more concious m@n, what can I say?" they wrote on Instagram at the time of release, joking about how the song has since become more about their own genderqueer identity.

"'M@n Like That' is an intimate portrayal of my romantic fantasy dreamscape," they told PAPER. "Between sheer flowing curtains and soft sandy beaches, my words became form before me. Balletic lifts and synchronized laughter portray a tenderness felt by both queer and straight viewers alike, revealing the true beauty of Love. Turns out that, indeed, I do get to be a 'M@n Like That.'"

The track's visual, which was co-directed by Mortifee and Sherona Darling, features Camal Pugh and Sam Ahmed dancing with matching orange hair — exactly like Mortifee's. They move through choreography together, beautifully contorting their bodies on a warm California beach.

Watch the PAPER premiere of Clear Mortifee's "M@n Like That" music video and stream their single, below.