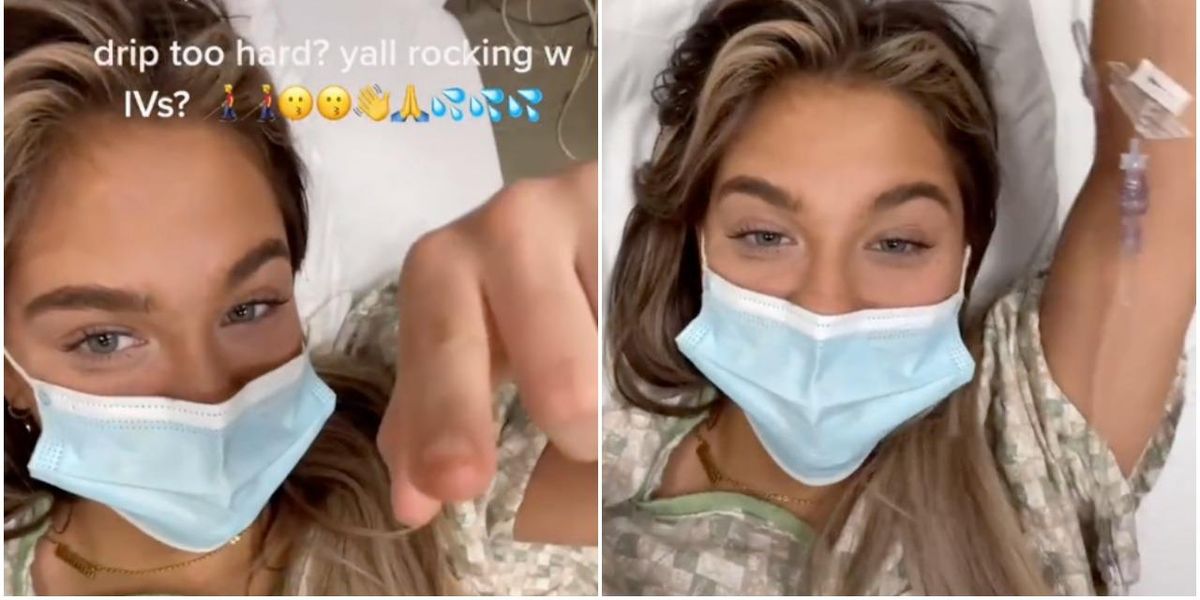 Claudia Conway was hospitalized earlier this week for possible appendicitis.

On Tuesday, the 16-year-old daughter of former Trump advisor Kellyanne Conway shared a TikTok of herself in a hospital bed, dancing along to Lil Baby and Gunna's "Drip Too Hard."

"Drip too hard? Y'all rocking w/ IVs?," she wrote, before adding, "Let's hope that my appendix isn't about to burst."

Though Claudia didn't provide any further details about her hospitalization, it appeared as if she was recovering back at home as of Wednesday after a friend posted a TikTok of her in bed alongside the caption, "Claudia schleep."

However, he wasn't the only person playing with the former American Idol contestant's phone while she was passed out, as other friends and family members also used the opportunity to make videos asking popular TikTokers like Addison Rae and Sommer Ray to interact with Claudia's account.

Soon afterwards though, Claudia appeared to wake up to a number of comments about the guest cameos, which she ended up responding to with a deep sigh. That said, it seems as if everything's back to normal now, if her latest dance from an urgent care follow-up is any indication.

let’s hope that my appendix isn’t about to burst 🤞