by Kate Messinger
PAPERMAG
06 March 2015
Ice rinks are usually reserved for large men in helmets, petite dancers in sparkles, or Disney characters singing songs, not usually for giant art games. But in 31-year-old Claudia Comte's world, art is meant for more than gallery walls. Tornado Kit, the newest project by the Berlin-based artist, transformed an ice rink in Gstaad, Switzerland into a giant interactive board game with pawns modeled after her abstract wooden sculptures -- except 10 times the size -- and oversized dice that tell the players where to glide. Her paintings were installed under the ice, showing simple shapes and colors that match what the players roll. "I really want to create immersive environments for people to be a part of," Comte says of the installation, which was open to the public in Switzerland for two months, allowing the locals to push around the sculptures and play the very simple Swedish game, which roughly translates to "move fast but slowly."

Tonight at the Swiss Institute, Comte will show another facet to the project, a colorful video of the game in action. Shot with nine camera angles, the film shows players from the local ice hockey team pushing the large Styrofoam sculptures around the rink, following Comte's directions from a computer generated voice over the loud speaker. "These hockey players, who usually move very fast, have to move slowly for the game," she says. 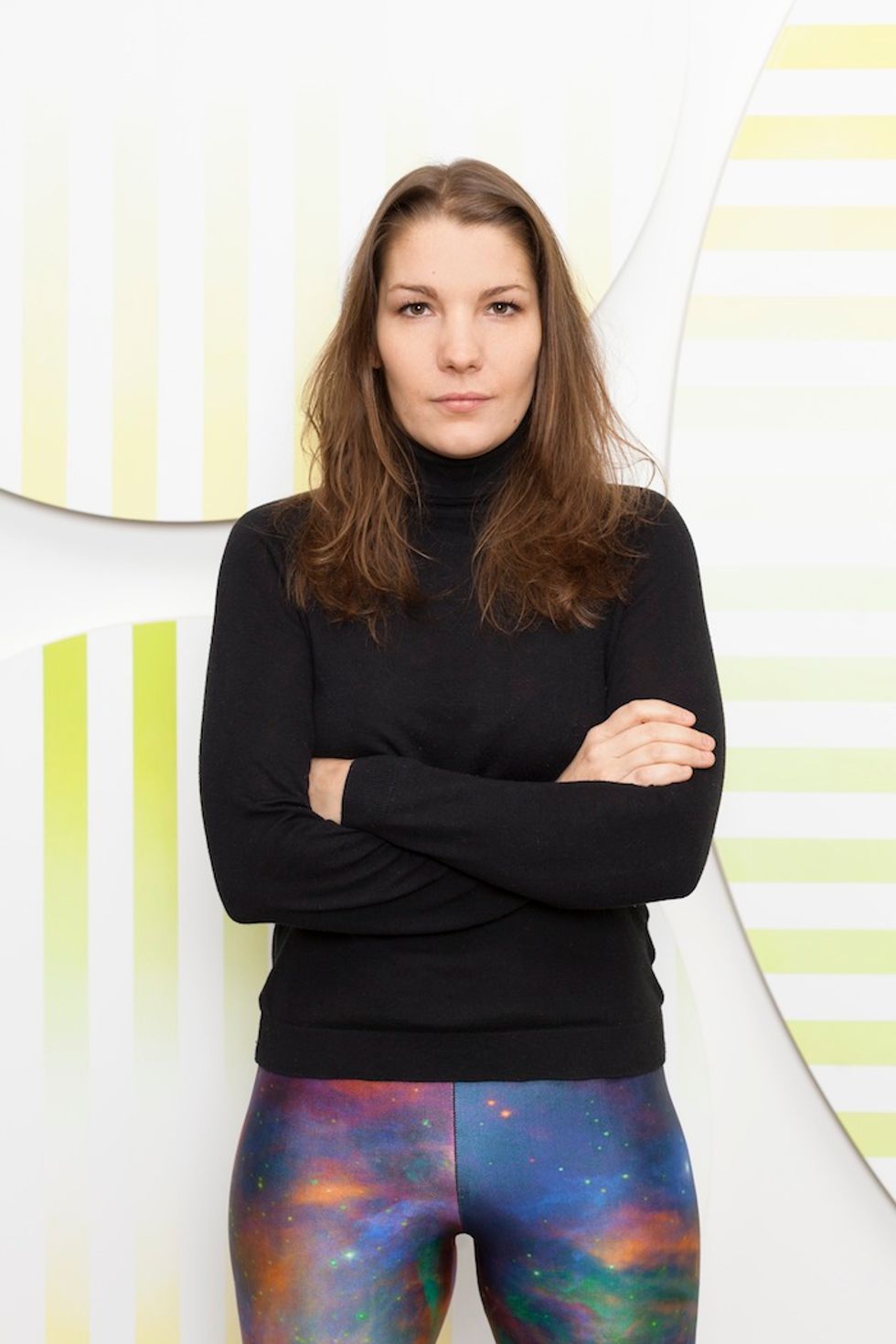 Claudia Comte. Photo by Gunnar Meier
It's a strange thing to watch, these men moving around, delicately holding on to the gliding figures as if they might slide away. But Comte is happy to have people interacting with the work. "With my wood sculptures," she says, "everyone wants to touch them. It's something warm and inviting and you want to feel the surface, but that's usually not possible. With this project you are invited to play." The video is a playful extension of her gallery work, with a comic book style and a range of music paired with the dancing shapes. It makes you want to go out to Rockefeller Center (or whatever frozen puddle you can find), put on your skates and join in on the art game.

Take a look at an exclusive clip from Tornado Kit before it debuts tonight, and make sure you check out Comte's signature wooden sculptures at her first New York solo show, now on view at Gladstone Gallery.