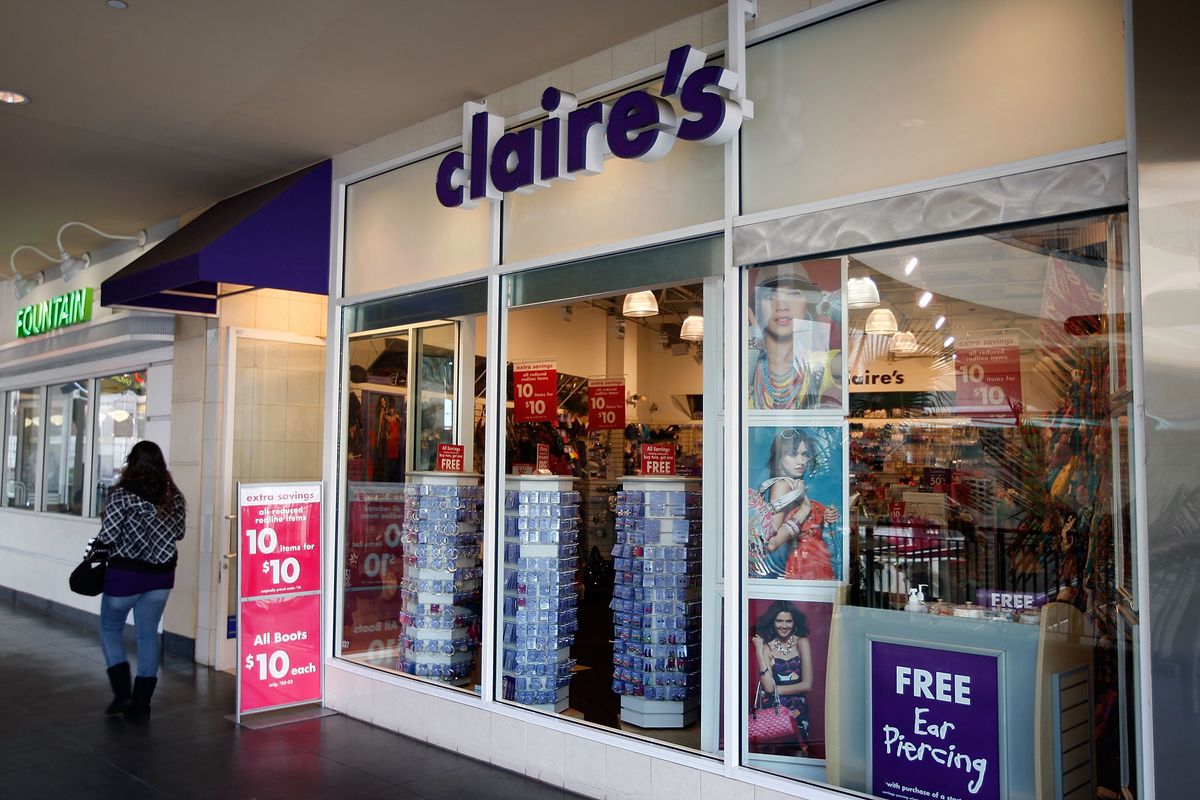 Early-aughts teenage retail chain Claire's was really there for me when I discovered Avril Lavigne and Ashlee Simpson, and explored sad teen white-girl rage as a black queerling while coming of age in the Midwest. Needed to say fuck 'em all, I HAVE FEELINGS?

There were rubber "bangles" and cheap kohl eyeliner galore, only appropriate in heavy proportions. Needed a (what I now understand to be) tacky-chic makeup look for the prom or for cheerleading practice – I auditioned and didn't make the squad but you get the idea — their seemingly endless palette of powder-blue eye shadow and body glitter was just right for you. Also, for all my "poser" anarchy, I never got my ears pierced so that I could get gauges, another iconique service offered by Claire's. By the way, remember when being called a "poser" was literally the worst insult you could experience? Avril knows.

Anyway, if you are still teenaged or just young at heart and feel like One Direction was/is your Northern Star the way *NSYNC was to so many of us way back in yesteryear, I have sad news: Claire's is filing for Chapter 11 bankruptcy, in an effort to ease over $2 billion of debt. Malls are basically dying, because people would rather rudely buy everything on Amazon or eBay instead of hang out at the food court, ~*flirt with boiz~*, and sip milkshakes while the VW bug is parked outside. As a result, Claire's has struggled to remain profitable. Also the $2 billion debt figure represents over 10 times the amount of yearly sales the business actually generates, which is the world's biggest sadface emoji. I can't.

There's also the asbestos scandal, found in those aforementioned glitter makeup kits, which regrettably set Claire's back a hair. What can you do? Technology is ruining people's ability to literally leave their houses and go shopping. Life's like this. (Also, click that link for the priceless intro of Avril asking friends if they want to crush the mall.) Le sigh.