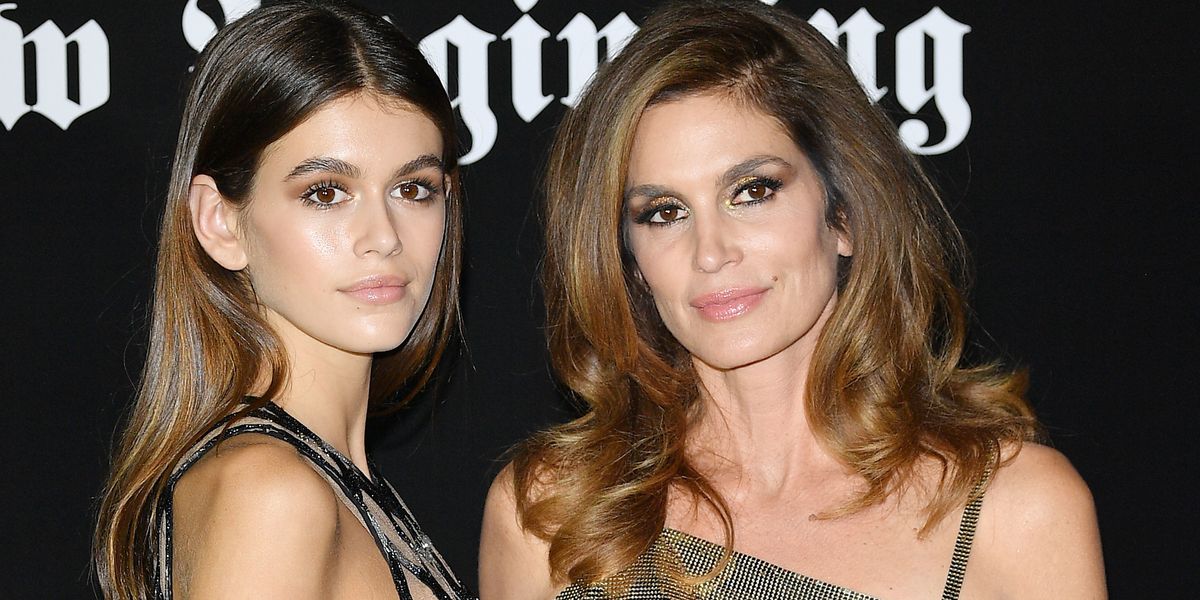 Cindy Crawford is responding to those criticizing her decision to allow Kaia Gerber to pursue modeling from a young age.

Recently, the mother-daughter duo appeared on a panel at Vogue's Forces of Fashion Summit. While talking about how social media has changed the industry, Gerber said "that was something my mom couldn't really teach me."

Related | In Kaia Gerber's Honor: A History of Huge Hair

Because while Crawford helped Gerber get a substantial head start, maximizing the potential of platforms like Instagram was something they had to learn about together. However, Gerber also touched on the negative side of social media, namely the fact that Crawford gets criticized for allowing her to get into the game so young.

While Gerber skirted around the issue by saying that "every young person is modeling in their own life" via Instagram now, Crawford tackled the naysay head on.

"I had no trepidation at all about saying yes to Kaia," Crawford said. "I felt comfortable and I was like, 'Go for it, have fun and I'm always here if you have a question.'"

At another point during their conversation, they also talked about how Gerber has forged her own way.

"There are some things no matter how much someone can tell you about the industry, there are things you have to learn firsthand," Gerber shared, before Crawford added, "by the time Kaia started she was pretty well-versed in designers and young photographers. She was prepared."