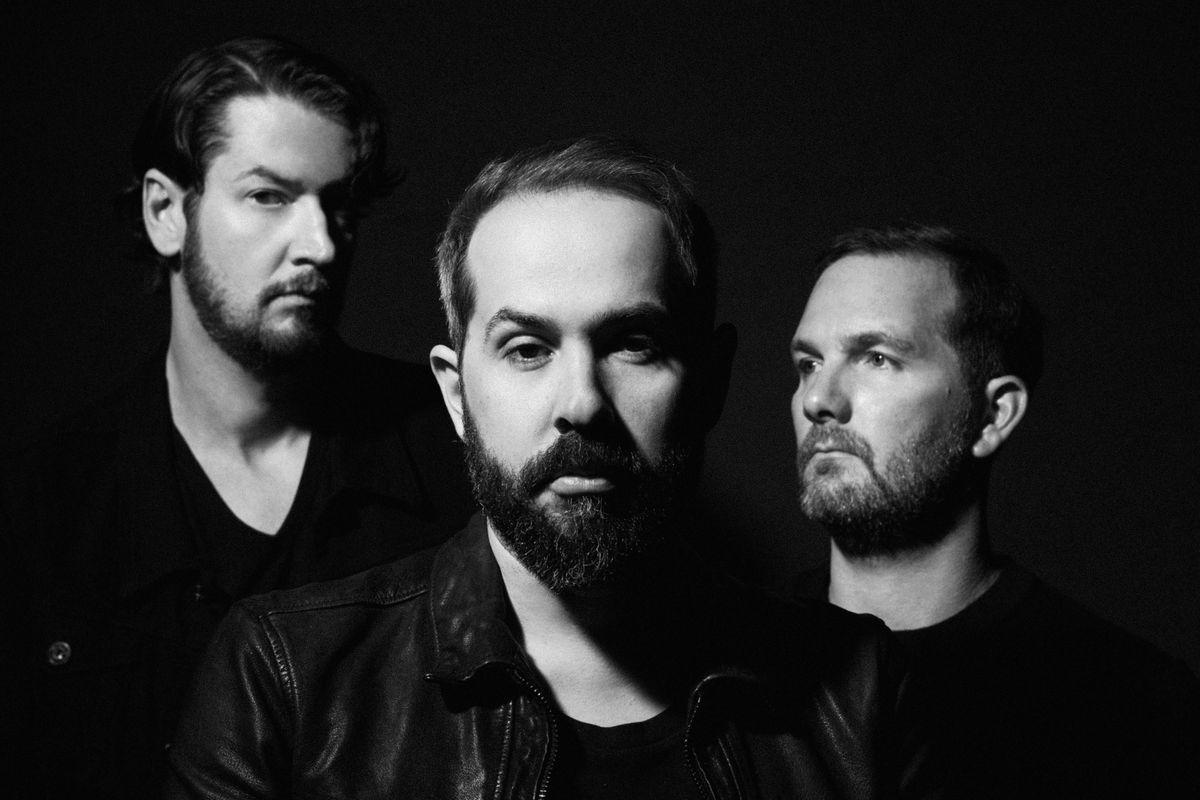 Cigarettes After Sex Break Down 'Cry'

On their 2017 self-titled debut album, indie rock trio Cigarettes After Sex honed in on melancholy love songs that evoked imagery of gently rustled sheets, darkened cafe bars, and cigarette smoke drifting from fire escapes on lonely winter nights. Now with Cry, the New York band, fronted by singer/songwriter and guitarist Greg Gonzalez, their intimate approach is still supported by hushed, midtempo grooves, but their point of view has gone a bit more global.

The band recorded Cry during a weeklong respite on the Spanish island of Mallorca, with Gonzalez having gathered scraps of lush melodies, poetic lyrics, and cinematic concepts partially inspired by his travels to Germany, Latvia, and at home in Brooklyn. As a cohesive whole, the album's nine songs address the radical vulnerability of falling in and out of love, exploring everything from nature to sexuality with heartfelt nuance.

Below, Gonzalez reveals exclusively with PAPER the process and stories that made Cry what it is now, and successfully makes a case for why sad boys need love, too.

We recorded this in Christuskirche, a cathedral in Bochum, Germany, during one of our very first tours, back in 2016. I had in mind something like "Teardrops" by Shakin' Stevens for the style, a 6/8 beat found in a lot of old doo-wop songs and I wrote the chords and melody in about five minutes right before we recorded it in church.

The lyrics were mostly improvised at the time and worked on later, but to me the song is about memory. It's about the relationships you have when you're younger, and as time goes on you drift apart. Somehow you want to remember what they meant to you, even if they're no longer in your life and you're thankful for the time you spent with them, that's still very much a part of you. It ended being very emotional for me to sing, because it's about a specific person from my past that I grew distant from.

Kiss It Off Me

Some of my songs are like memoirs about my life, but this one is pure screenwriting. It's more like erotica or a romance novel and the imagery is all in that vein. There are little hints of reality, but the vast majority is just invented. The title is just one of those phrases where you think, "what does that even mean?" but it sounds intriguing & it was a phrase I just happened to sing by chance when I was writing the song. It's meant to be humorous in a lot of ways, a flirtation between a couple who share the same humor and can joke around in subtle ways. The beat was based on the Selena song "Como La Flor", which was a song from my childhood that I became obsessed with when I moved to New York in late 2013. It was intriguing to me to see how I could apply a song like this to the music we were making.

This was inspired by the overwhelming beauty I felt watching an endless sunset on a secluded beach in Latvia one summer night while we were on tour and had just played a festival. The place I'm referring to when I say "this is where I want to be" is on that beach, with my friends, in that moment. Later on, the song became more about intimacy and romance. It's a really intimate song, the lyrics are like words might whisper to someone. This is one that started off being about a certain feeling, then transition into being about an actual person.

You're the Only Good Thing in My Life

This is another one that was invented in Mallorca during those sessions. They melody only took about five minutes to write. I think that's a theme for a lot of the new record, I used it as a challenge to myself – can I write a great song that quickly? This one was written and recorded during a thunderstorm in one of the larger rooms we were recording in the house. It gave the song a great atmosphere with lightning flashing every once in a while.

This is similar to "Kiss It Off Me," where there's small details taken from actual relationships, but largely it's another screenwriting exercise. The song is more on the explicit side, but it's still just writing about romance, trying to capture how we feel in those intense moments. It can be hard for a song that talks about romance & intimacy so openly not to come off as just kind of off or embarrassing, but I wanted to try and make it provocative in the way Prince or Madonna did with many of their songs. Those artists are so important to me, and the way they talk about sex and love can be very positive, beautiful and emotional.

This is another song from Christuskirche in Bochum, Germany in 2016 like "Don't Let Me Go". The lyrics are mostly improvised here & refined later. In my songs there are characters that come back and repeat and I intended "Touch" to be the conclusion of a specific arc that also included "Affection", "Sweet", "K.". It was the end of this particular person being in my life. The melody is meant to be poppy, but the story & melody are darker than what we usually do maybe. I think those other songs are much sweeter (no pun intended), but here's where it turns sour and the heartbreak occurs. Especially in the bridge at the end, that's a true story.

This is another one we improvised on the spot in Mallorca, and it was actually the first one we recorded. I had no lyrics for it for so long & for some reason it felt like a really strange song. It wasn't my favorite for the longest time, almost being left off the album, but then when I finally started to form the lyrics it all fell into place.

The song is about the start of the same relationship from "Falling In Love." It's a true story, which I know is kind of bizarre, but for some reason I was drawn to this concept of using love to tell someone's fortune. When we started dating we had a conversation about this weird hentai video and there was something very intimate about being able to talk about something so strange with someone immediately. The openness we had together from the beginning felt truly special in this way. We connected so much more after that & it was the framing for us to fall in love very soon after.

This song is in reaction to me finding success with the band, and the changes it caused to my personal relationships. My life was really changing, I was gone touring all the time. If I met anyone during that time and wanted a build a relationship, the things that I was achieving with the band would always get in the way of that somehow.

There were a few times where I felt I had chemistry with another person and a relationship could've been built if I had been around to give it more attention. But it would end up being too hard, and ultimately everything would dissolve...

This was one of the few songs where I had the music written before we got to Mallorca, I wrote the melody and chords in my apartment in Brooklyn in 2017. It wasn't until two years later that I finally wrote the lyrics, it was during mixing and we literally had one day left. I wrote and sang the song that night, and in the performance you can hear the exhaustion and emotion of finally finishing this record.

My girlfriend and I, our relationship was long distance for so long, so we developed as a couple mostly over the phone. The second verse is about how we would go see the same movie at the same time like it was a date, even though we were living in separate cities.

I think there's something cosmic about this one. I wrote the music before our relationship started. I wasn't in love at all, I was just writing about love and what it'd be like to be in love. Two years later I actually fell in love, and that's what it took to finish the song.

This is another song that I meant as a screenwriting exercise. Similar to "Kiss It Off Me," it's a collage of memories that have been changed around. I'm using some moments from real relationships, but it's mostly fantasy.

With this one I set out to try and write a song that was explicit without using explicit language. I'm walking the line between pornography and romance, but I always try and land more on the side of romance. It's the most R-rated song on the album, but it's trying to be an honest scene where sex grows out of real romance, and the intensity of that moment.

"Pure" is also one of the few tracks where I had lyrics written going into the Mallorca sessions. I usually try to write at least one song going into recording, to me it's like a good luck charm.