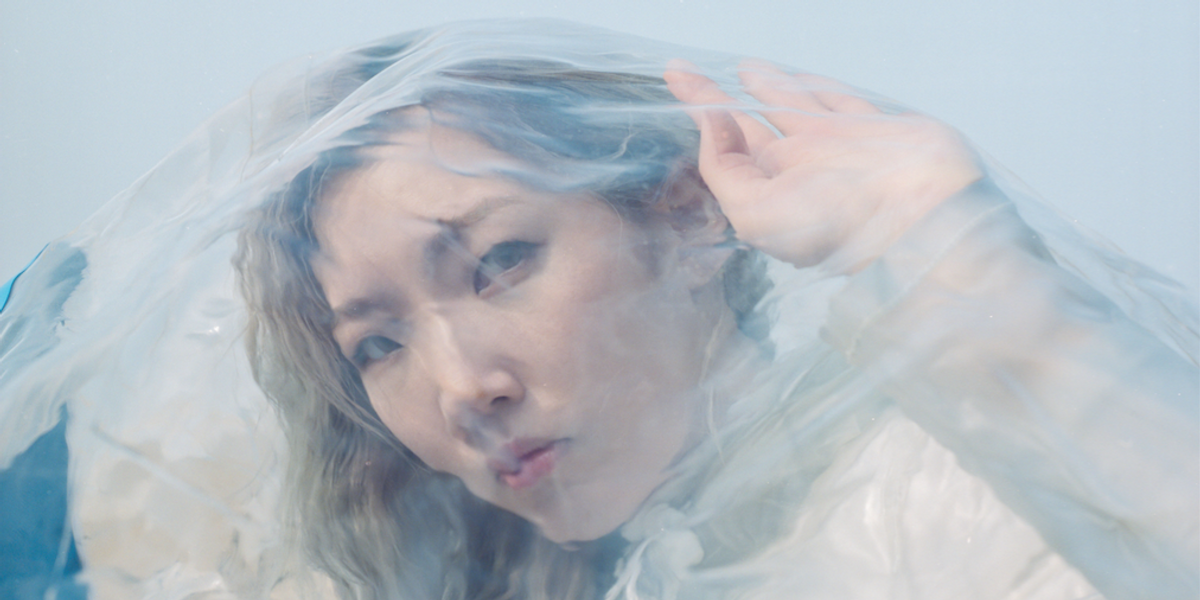 Internal struggles are what led Korean electronic artist-producer CIFIKA to shape PRISM, her second EP, which is out today on Seoul-based label Third Culture Kids. Two years spent working the booming underground circuit there didn't propel her to stardom like she'd hoped — it felt like failure.

But CIFIKA says now that it was "outrageous" to expect that degree of success. What came of that pondering in hindsight is a desire to be transparent with listeners, to offer up a straightforward collection of tracks — something people feel at ease in personalizing, in drawing out their own meanings.

Having released her debut, Intelligentsia, only two years ago, CIFIKA is very much in the early stages of her career. While her own measures of triumph may have differed then, the EP was undeniably sublime — for us, at least—with its inventive, surprising shifts of pace and mood in melding R&B with electronic pop and touches of techno. The video she dropped in January, "Momon," a collab with Oh Hyuk of the band Hyukoh, is a striking mish-mash of riotous imagery, early-internet graphics, sci-fi futurism, commentary on consumerism, and more — it's a whole lot, but it totally works.

But in writing with that newfound clarity about her career, her self, and what she wants to deliver to listeners, CIFIKA has crafted a collection more magnetic than any earlier work — from the pounding insistence of the opener, "Prosper," to the subtle glitches and sharp, biting pleas of "Good Luck From Her," into the club remix-ready pop of "Pieta" and "Water." Having always blended Korean and English lyrics, she ascends into airy, cloud-level highs that are absolutely blissful. PRISM is altogether a beautiful work, rife with mesmeric melodies and hooks; it's bound to bring her closer to the goals she defiantly still holds close.

We spoke with CIFIKA by phone yesterday while she was in San Francisco on the third day of a tour that, when she wraps up in April, will mark the biggest U.S. tour of any Korean artist, with more than 20 cities included. Read on for insights about the EP, where she's at in her career, and about the niche she's carved out for herself in the Korean underground scene.

When you mentioned accomplishments during your time out of Korea pursuing the dream of becoming a musician, you wrote [n press materials] that there were things you had missed, and that you "had failed the desire and my dream." Can you elaborate on that?

Sure, when I first started music, I think I had a big dream of being successful economically, so I thought through my first album, I hoped and expected to earn a lot of money. But that was actually very outrageous for me to think, because no one actually becomes really successful with their EP album. And I wasn't even ready to embrace success. So now, if I think back, honestly I don't think I'm ready to show my best effort and best album, best sound.

I liked your earlier work as well, but this EP is really amazing and, to me, that is a huge success.

Thanks for saying that.

It's surprising to hear you were thinking of going so big right away, though. It's difficult to accomplish for anyone, and the sound of your work, it's not exactly commercial or easily mainstream ready.

I think that's the hardest part. I know that my music is not mainstream pop, or K-pop, that's blowing up really big right now. I'm not — I didn't go that path. But I still believe in me, believe in my talent, and I think my fans are growing very gradually.

They are, and that base will continue to grow. So let's talk about a few of the tracks on the EP. I wondered if "Prosper" was kind of reflecting those goals of success.

It's more like an introduction, or my statement of the whole idea of the EP. So literally, I really want to prosper in the human race, and I want to become a stronger person to pursue my dreams, and not to give up.

Stronger like more resilient, in that you just keep pushing forward?

Yeah, like both mentally and physically, I want to be stronger.

The amount of touring you're embarking on now is physical labor, for sure.

Yeah, it is physical labor.

Are you doing anything in particular to maintain that or boost your physical strength?

Um. [Laughs] I don't exercise. I don't like to exercise, but I eat a lot of vitamins. Will that help?

It should, although eating the actual food with nutrients rather than vitamins is supposed to be better, but we don't all do it.

You mentioned wanting to be transparent with this EP. "Mal" is one of the songs where I feel like you're really pushing that.

Well, I do want to be transparent. I want myself to be like a medium for the listener to find themselves, find their own perspective, find different colors. The literal word prism, it actually reflects light, and it separates all the shades to different colors. Myself, I think I want to be a prism.

That's an interesting way of phrasing it; in music people can take away their own interpretations, what they need or want from the music. I can see that as a prism.

When my listeners listen to my music, I want to be illuminating. I want my music to be theirs. I want them to own my music when they're listening.

That's so great. About "Best for You," I wondered if you were talking about a romantic partner, or if it's about showing your true self to friends. Can you tell me more about that?

I wrote that song — it is a romantic song. And I thought that I'm very selfish, and it's very hard to be brutally honest to your loved ones. Being honest can sometimes really hurt the one who you love. And I sometimes randomly think stuff that will actually hurt the loved one if they found out what I thought. It's weird, I know.

That could mean a lot of things.

I don't want my partner to find out what I really think about them. Even though I really love them, because I think things that are really weird in my head. So "Best for You" is a song about a conflict between two people, like a couple; it's more like a dialogue between me and them. There's one person loving less than the other one, and I'm the one who loves less the other. I keep saying in the hook, the lyric goes "I can picture," which means I can picture our future — not being together. Even if you give me all the good things and bury the bad things for me, we're not going to be forever.

Wow. In general, the theme I took from this EP is both sad and hopeful, like you're continuing to strive for me but there's things that keep pulling you back — but you keep pushing forward.

I'm really impressed that you picked that out. You're totally on my track.

So is that a reference to where you are in your career? Or as a person?

The whole album is a collection of my emotions and my experiences in Korea for the past two years. I try to kind of balance out all of my lyrics to be both bad and good, like yin and yang. I want to put both energies in one track, I like to do that. So if I talk about something dark, I bring some light into my lyrics. Like in the track "Pietra," I talk about hesitation, but at the same time I talk about emancipation. Stuff like that; I try to balance good energy and the bad energy.

Can you tell me more about what naviagating the Korean music scene is like? How is it different or similar to the tour you're starting in the U.S.?

I [have] only [been] here a few days, so I'm still trying to figure out how American undergruond music scene is. But definitely Korea, I have two years of experience; I could tell a little bit about Korean scene. It's a very small country, if you know. The whole country is a smaller size than California. So basically, everyone knows each other, like we're all connected, and there are only a few major, very active underground clubs. So I think there's a really strong bond with each other, different producers and musicians and vocalists. It's going big though, the whole electronic scene is growing.

I've heard of a lot of music coming out of the Korean underground lately.

Is it strange to you?

Yeah, because we listen to a lot of techno, there's a lot of techno clubs, new clubs coming in. So it's more like we're influenced by, I think, both Europe and America.

Do you feel like the music coming out now is in line with the techno being played at clubs?

What about your role within the scene? Your music doesn't fall under a traditional techno kind of style.

I perform at clubs called Cakeshop and The Henz Club, and they mainly play hip-hop and electronic. But they don't usually invite vocalists or singers to actually perform, but they do for me. So that, to me, is very special.

That sounds like they're welcoming you into the music scene.

Yeah, I'm like the only singer who actually performs at peak time. At the same time, I'm not even famous. No one — less than half of the people in that club know me, but they still let me play.

They must believe in what you're doing.

Yeah. They're being very supportive.

That's good to hear. This is your first time touring the U.S., yeah? I know it's the longest tour of any Korean artist in the U.S., which is kind of surprising considering how popular K-Pop has gotten here.

It's actually my first time touring anywhere. I'm going to regret at the end. [Laugh] I'm just kidding, no. I'm having so much.

You're only a few days in.