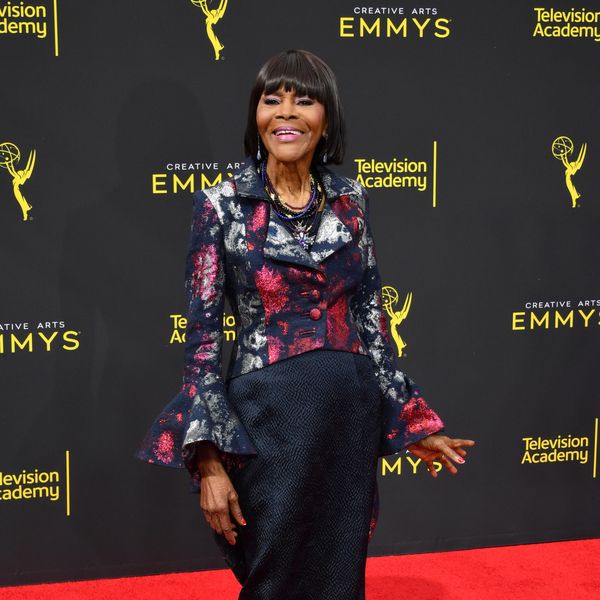 Pioneering actress Cicely Tyson died on Thursday afternoon. She was 96.

According to Variety, the news of Tyson's passing was confirmed by her long-time manager Larry Thompson in a statement issued on behalf of her family.

"I have managed Miss Tyson's career for over 40 years, and each year was a privilege and blessing," Thompson said, before mentioning her new memoir Just As I Am, which was published this past week.

"Cicely thought of her new memoir as a Christmas tree decorated with all the ornaments of her personal and professional life," he continued. "Today she placed the last ornament, a Star, on top of the tree."

A distinguished Emmy and Tony-winning icon, Tyson garnered much critical acclaim and an Oscar nomination for 1973's Sounder. However, she was likely best known for her work in television, particularly for her performance in the 1974 TV miniseries The Autobiography of Miss Jane Pittman.

That said, Tyson also leaves behind a vastly influential legacy, as she's long been heralded for her portrayals of strong and substantial Black women, while also refusing to take on any Hollywood roles that she believed played into racially charged stereotypes.

"I saw that I could not afford the luxury of just being an actress. So I made the choice to use my career as a platform to address the issues of the race I was born into," as she previously told The New York Times in 2013. Additionally, Tyson once added that all of her barrier-breaking career decisions could also be considered byproducts of her life motto: "Jump off the mountain and make your wings as you're falling."

"I had no foresight of what the end would be; I just follow my instincts," she told Good Morning America at the time. "I refer to it as divine guidance. I came to realize if and when I didn't, I always got myself in trouble, always. Life is about taking chances. Life is about finding your own path."