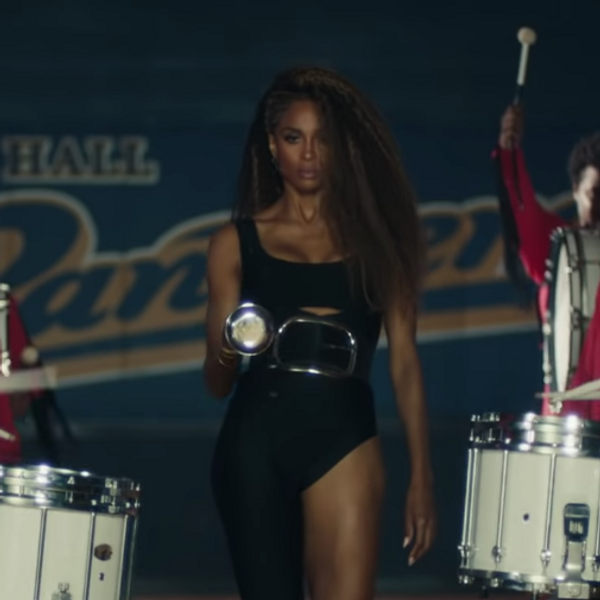 All of the yes.

We stan a leader of the pack, not only because they stand out, but because of their capacity to inspire envy and admiration in the hearts of all who watch them. Today, we're talking about Ciara, whose heroic performances of late make us want to adhere to a stricter regimen of Wheaties, supplements, and exercise.

For her new, drumline-inspired "Dose" video, Ciara pays homage to the days of high school pep rallies and her A-town glory. Speaking of leading the pack, the video, shot in an Atlanta high school gymnasium, marks Ciara's directorial debut, alongside Diane Martel and longtime choreographer Jamaica Craft. Ciara and Craft create seamless, athletic choreography in the style of majorettes, who are an integral part of marching band culture. The New Orleans Brass Band and a ferocious drumline appear, as well as a number of trailblazing women, including dance stars NOLA, Supa Typ and Queen P., and Atlanta's mayor Keisha Lance Bottoms and nine-year-old rising dance sensation Jayla Johnson.

Related | You're Not Ready For Ciara and Her Girl Squad

And then, there are those sexy unitard situations of Ciara and her all-women dance corps. Giving us very Shakira "She Wolf" realness. Can't.