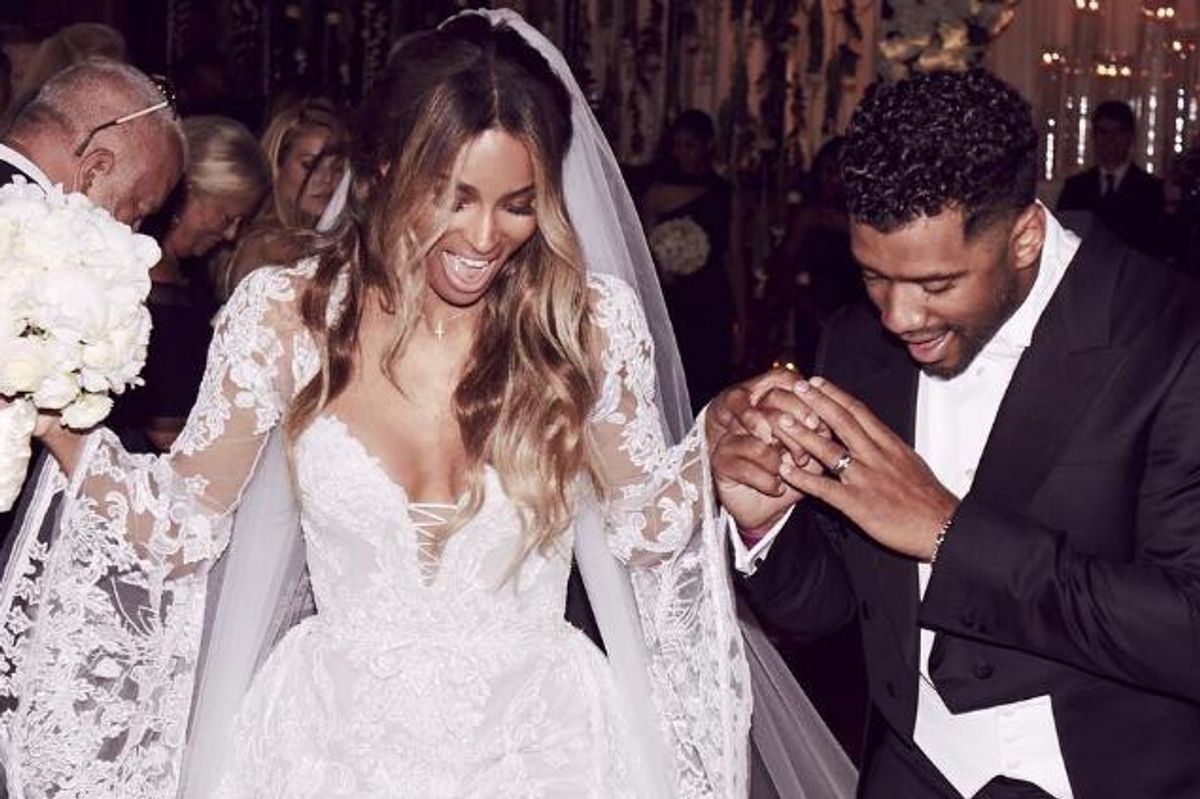 Ciara and Russell Wilson were reportedly supposed to get married in North Carolina, but ended up calling it off due to the HB2 bill, which most-notably denies transgender people the right to use the bathroom they identify with.


According to the couple's wedding planner, Mindy Weiss in a new interview with The Knot, she "did the whole thing, three times," as last month's wedding in Liverpool, England was originally supposed to be in the Tar Heel State -- that is, until it passed HB2. Ciara and Wilson were then supposed to wed in Paris, but "it ended up being [Couture] Fashion Week...And it was really difficult." Thankfully though, it looks like the castle-set, fairy tale wedding worked out pretty well for them.