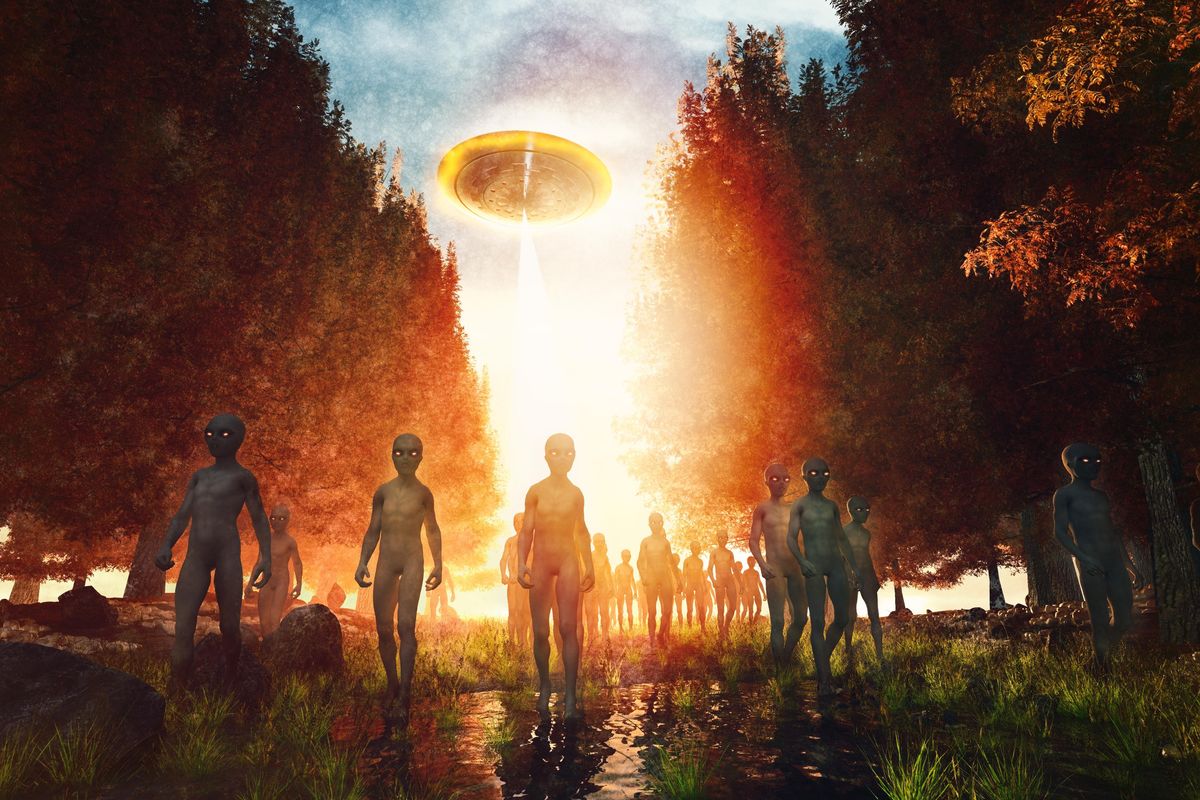 In hindsight, it was more than a little hubristic to think that we would be free of 2020's deranged, evil clutches come 2021. Less than two weeks into the year and 2021 has already come out swinging with everything from an attempted coup to Jeffree Star and Kanye West dating rumors. Not to be outdone, fresh off a Berghain rebrand, the CIA has followed up on one of 2020's more overlooked sub-plots with a brand new trove of declassified documents on UFOs.

Dating all the way back to the '80s, the CIA has released hundreds of documents containing the sum total of the agency's knowledge regarding Unidentified Ariel Phenomenon, otherwise known as UFOs. For the first time, the public is now able to download these declassified reports and search them thanks to online archive, The Black Vault.The site's founder, John Greenewald Jr., says he obtained the documents as a result of years worth of Freedom of Information Act (FOIA) requests, which were then uploaded to a CD-ROM.

"Around 20 years ago, I had fought for years to get additional UFO records released from the CIA," Greenewald told VICE. "It was like pulling teeth! I went around and around with them to try and do so, finally achieving it. I received a large box, of a couple thousand pages, and I had to scan them in one page at a time."

Thanks to Greenewald, now all of these documents are available to the public for download as PDFs, making them easily searchable for other intrepid UFO researchers out there.

Ranging from mysterious explosions being heard in a remote Russian town to a Bosnian fugitive claiming the Pentagon is in regular contact with extra terrestrials, the reports range from circumstantial to anecdotal. Given the sheer glut of documents in this latest release, it's tough to make a distinction between what's genuinely noteworthy and what's merely a metaphorical invocation — but the timing is rather conspicuous.

Buried in the COVID-19 omnibus bill responsible for those $600 stimulus checks was a legislative deadline for the Pentagon to release all UFO information within the next six months. Given everything that's gone down in the past week, it's understandable that this news flew under the radar (some UFO humor there for you), but the move has been a long time coming.

After the Pentagon declassified footage and recordings of three infamous UFO sightings, the Department of Defense created a special Unidentified Aerial Phenomena taskforce to investigate and support various agencies' efforts to identify flying objects, and promised to be more forthcoming with their findings, disclosing updates and new information biannually.

However, still no word as of yet as to why the Galactic Federation won't return our calls though.