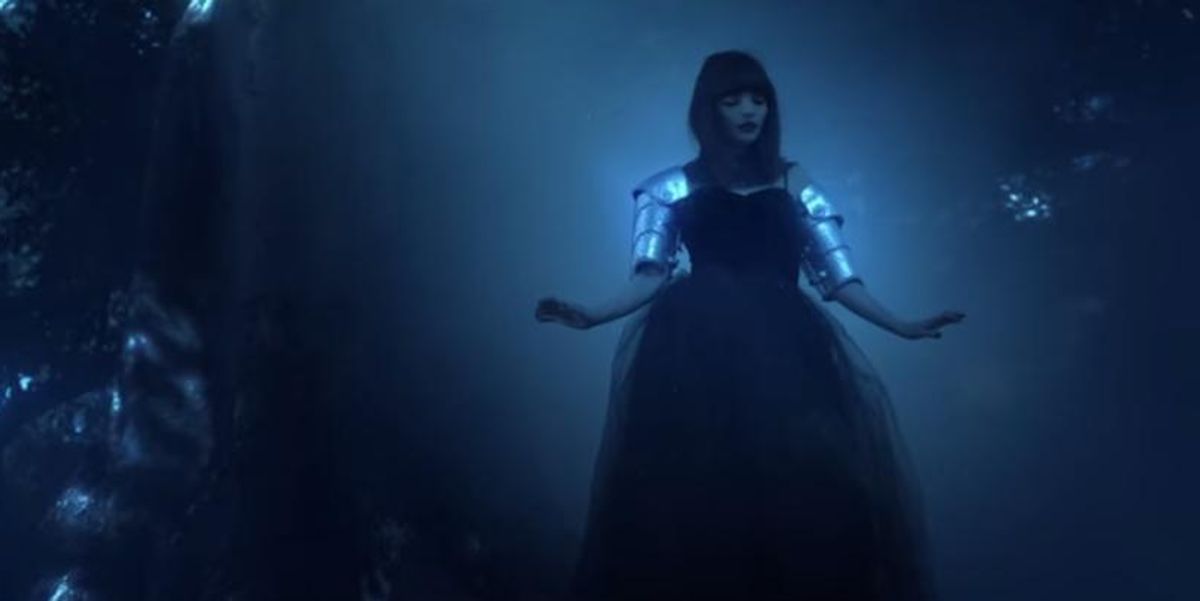 The clip features frontwoman/vocalist Lauren Mayberry, dividing time between wandering around a windy forest at dusk, clad in a black gown and knight armor, and emo-dancing at an L.A. nightclub.

There's also a parallel storyline of two thugs carrying out some kind of crime heist in their car--one that ends tragically.

It's like Drive meets Snow White and the Huntsman.