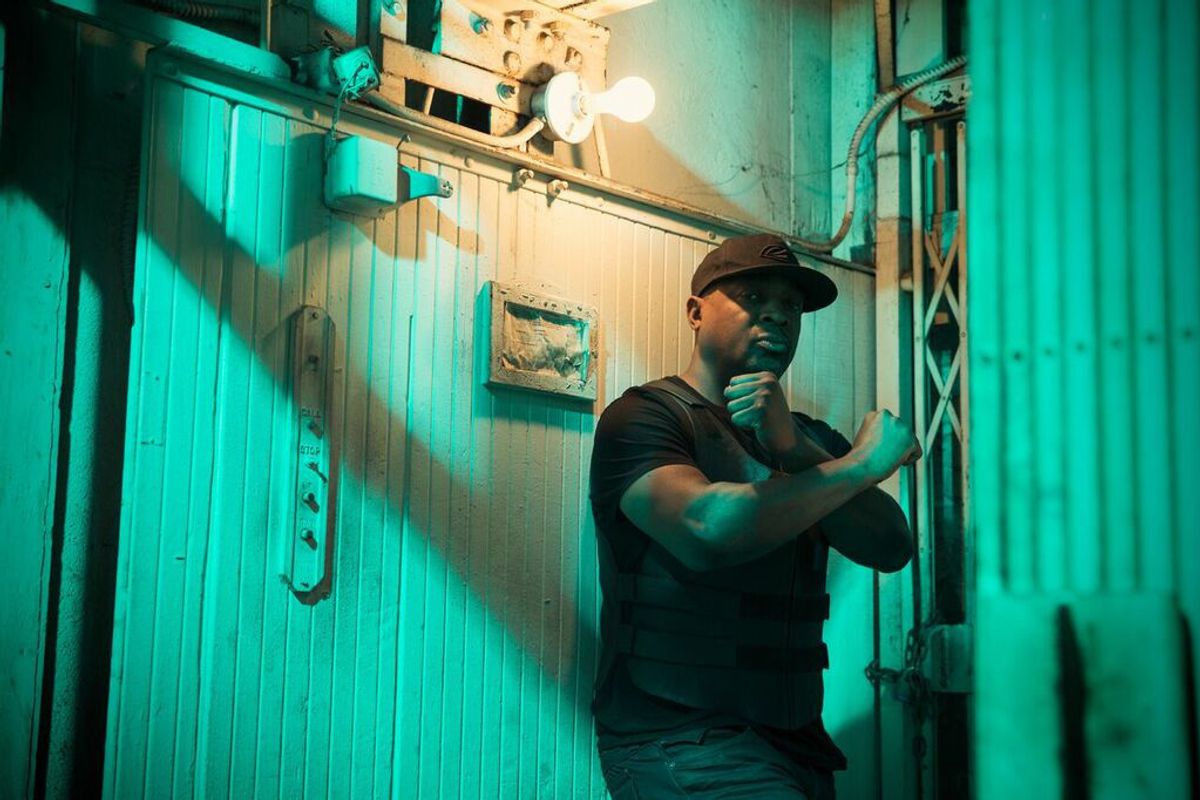 Chuck D. isn't one to sit idle. Since founding iconic rap group Public Enemy in 1986, which fortified the socially conscious strand of hip hop' DNA, D.'s continued to put out excellent music with his original crew, formed a rap-rock hybrid supergroup, Prophets of Rage, and mentored up and comers in the industry. Now, D. is lending his considerable stature as an artist and de facto hip-hop historian to cataloguing the most important moments -- many of which he was present for -- of the genre's past four decades.

"I wanted to destroy urban myths and give people facts on the curation of an art form that so many people love but know very little about," D. said over the phone as he drove to rehearsal, the next stop on his busy day filled with interviews and appointments. "Instead of having the myths flying around and people trying to freestyle off the top of their heads who did what, I wanted to nail down what happened."

Chuck D. Presents This Day in Rap and Hip-Hop History begins with hip-hop's earliest origins, in 1973 at 1525 Sedgwick Avenue in the Bronx, and hits on major shifts and developments in the genre, marked by the careers of such influential artists as Run-DMC, the Beastie Boys, Snoop, JAY-Z, Dre, Drake, Lauryn Hill and Yeezy. "I tried not to leave behind or make a difference between the independent or the major, or the male or the female," D. said. Given the rich history of the genre, the book could have easily "been three-thousand pages long," but D. and his team got it down to a cool four hundred, including a forward and illustrations by street artist Shepard Fairey.

Hip-hop's history has been handed down through generations, comprised of myths, legends and cautionary tales that each have their own heroes, villains, victors and underdogs. It's one of the most self-referential oral traditions out there, with references buried in lyrics, tributes found in beats, and call-backs to its own history written right into the hooks themselves. In some ways, the more you listen and learn to read between the lines, the more you'll start to recognize the allusions, tropes and mostly commonly used metaphors. But do you truly understand it? Not without a solid understanding of the facts, D. says, and to hear him tell it, the Internet's attempt to self-sort the genre's history has done more harm than good in spreading misinformation.

"As far as the Internet's concerned," D. said, "people are not that literate. Meaning, they can't really monitor what goes on the World Wide Web that easily without some sort of training or understanding of it. Things on the web move fast, and they're unattended to or unsupervised. The information is everywhere, but how do people take it in? Who can tell you, this is true and this is false?"

The corporatization of independent radio (via the 1996 Clinton Powell Telecommunications Act) and its DJs, who D. credits as the first curators of the art form, led to a void where stewards of the genre once were. In their place popped up hundreds of bloggers, followed by thousands -- and then millions -- of voices on social media, each claiming their own level of expertise. One exception might be Rap Genius' encyclopedic approach to annotating lyrics, but given that artists only occasionally jump in to verify input from users, it's still got a Wild Wild West vibe to it. As the Internet's stranglehold on our media consumption habits grew exponentially, hip-hop concurrently moved from a relatively niche art form to the prevailing sound in mainstream American music and culture, its influence permeating fashion, sports, film, television, comedy and even politics.

"I think when hip hop had gotten to the point of being popular music, or pop music as they say, then a lot of the necessity around protecting the art form was left behind," D. said. "It's a wonderful art form that's taken me around the world a hundred times. It should be treated like that from the inside. You cannot wait for the outside to the determine what it is."

D. also thinks a solid understanding of history can help mend divisions in the present. He's unbothered when asked about the on-going debates over the old and new schools of rap that other hip-hop gatekeepers spend time arguing over -- the Yachtys and the Uzis versus the Joe Buddens and Charlamagnes of the world. "Every generation has its thing. The education with the basic facts helps to bridge everybody together and to understand that this is a wide and spreading genre."

D.'s book presents hip-hop history without the burden of "any philosophy or manifesto other than service." Service, D. says, is what he "chose to do with the rest of my life and career. I want to teach artists to not just make a quick bag, but to treat it as an art form – like if you were a sculptor, painter, or any classicist working 'till you're 90 years old."


Chuck D. Presents This Day in Rap and Hip-Hop History is out now and available in stores and online.