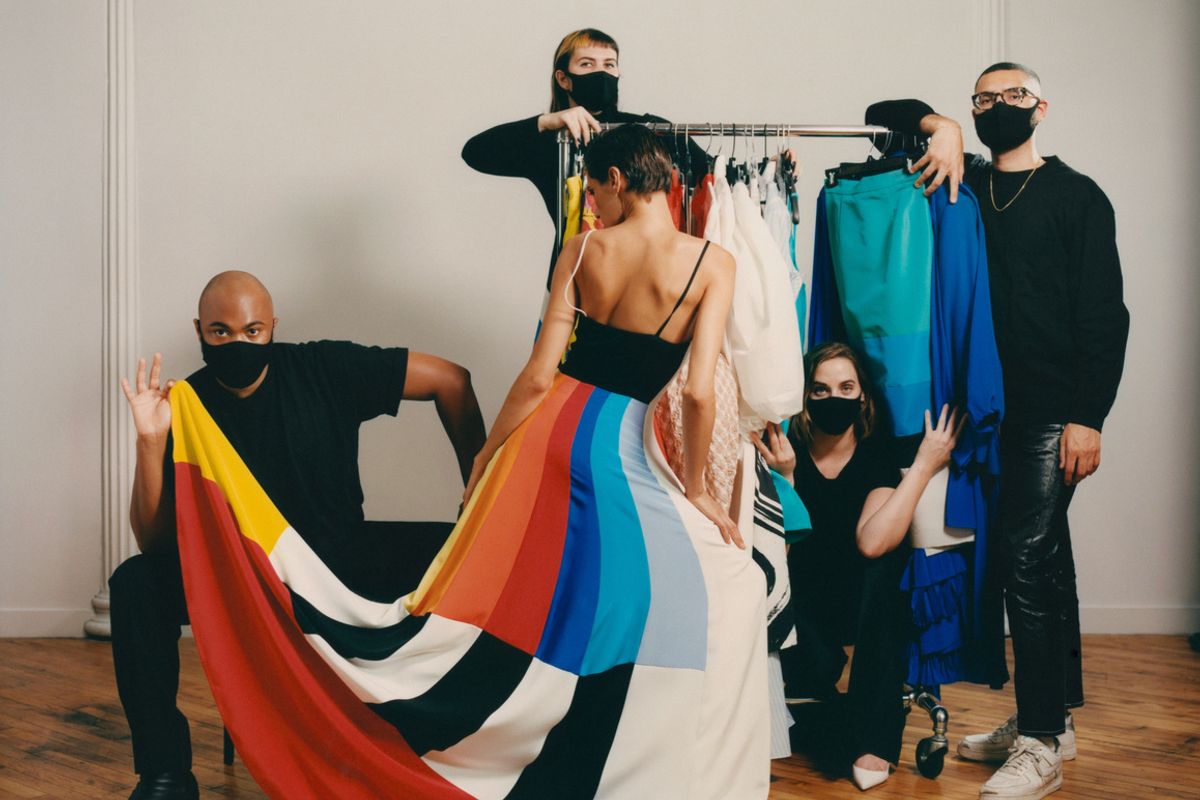 2020 has been a year of firsts for Christopher John Rogers, the buzzy New York-based designer whose ebullient designs have won over industry veterans and fans on Instagram alike. From being picked up by retailers to nabbing a coveted CFDA Fashion Award to dressing Lady Gaga and Zendaya, his profile continues to grow higher with each season.

His debut campaign for Spring 2021, which he unveiled via a colorful lookbook earlier this month, marks another milestone for CJR as it coincides with the launch of his first direct-to-consumer e-commerce opportunity. Starting today, shoppers will have the chance to pre-order pieces from the aforementioned Spring collection until midnight November 1.

Among the key looks on offer are CJR's signature Strawberry skirts and ruffled dresses, bold graphic suiting, oversized shirting and shirt dresses and the new statement knitwear in sizes 0-14/ XS-XL. The website has also undergone a makeover by Sauras + Garriga, the same architectural studio that designed the set for Rogers' Fall 2020 runway show.

The campaign, meanwhile, is an ode to the people who help bring Rogers' creative vision to life, from artists and craftspeople to CJR supporters. Shot in the designer's studio, the images are as much about spotlighting the whimsical Spring creations as they are about celebrating the community and team who make it all happen.

"It's always amazing getting to work on projects that you love with people that you love," Rogers wrote in a caption, which featured his core team of brand director Christina Ripley, studio director David Rivera and production director Alexandra Tyson. "I'm so excited to finally be releasing our campaign for Spring Summer 2021 highlighting many of the faces that bring the clothes to life, season after season."

Head over to the new ChristopherJohnRogers.com now to place your orders and check out the full campaign, below.