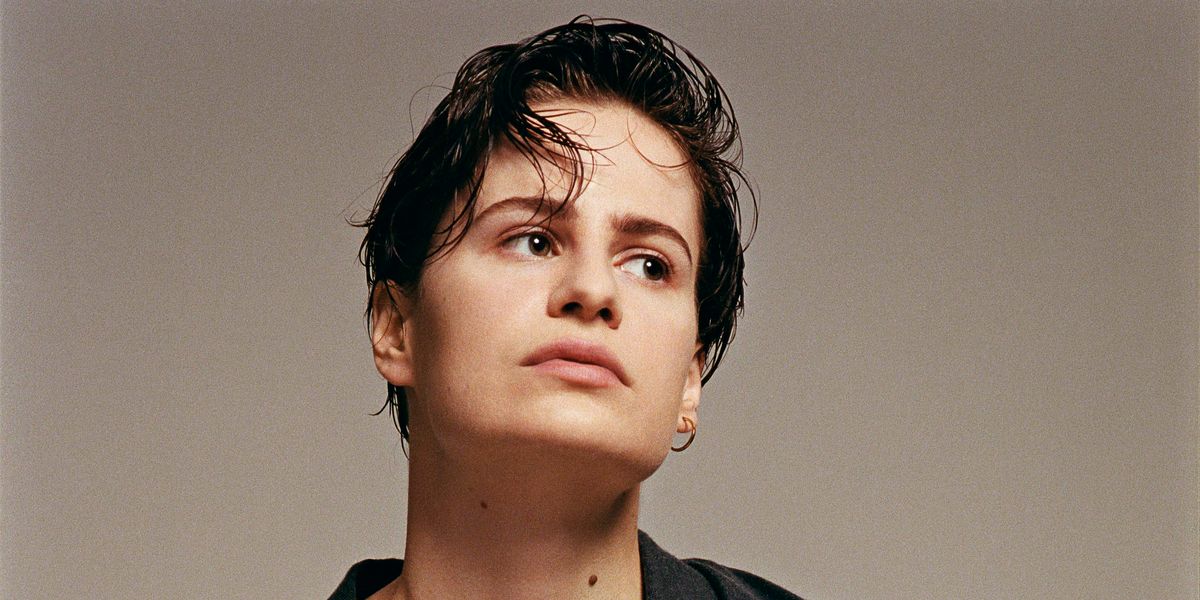 Christine and the Queens, the solo project of Héloïse Letissier, has officially announced her sophomore return, but what's coming is anything but sophomoric. We are still crazy in love with the sophisticated French-disco cool of gender-defying single "Girlfriend," but as we are still collecting ourselves, she's gone and announced her full-length album and we are without words. It's called Chris, and the album art is, of course, sexy androgynous chicness (do we expect anything less at this point?), and it's out September 21.

Accompanying the announcement are two Colin Solal Cardo-directed videos for new single "Doesn't Matter," sung beautifully in English and French. The video depicts an emotional, physical tussle at sunset between Letissier and a studly male lover (which could also be seen as a fight against patriarchy). It is perfect accompaniment song's powerful lyrics, which questions the futility of life, and perhaps most poignantly, suicide: "Doesn't matter, does it?/ If I know any exit/ If I believe in god and if god does exist," is the song's chorus.

"Doesn't Matter" coasts on a deep electro-pop groove and roiling synths that adding deeper melancholy, flitting between levels of airily detached resignation. But if you want to hear the singer's lust for life, wait until the song's climax: "Run if you stole a shard of sunlight," Letissier sings with unfettered passion, her multi-tracked voice breaking into a heavenly chorus of Chrises, right through the song's steady center. There's hope on the other side of this!

Check out the stunning videos, below.