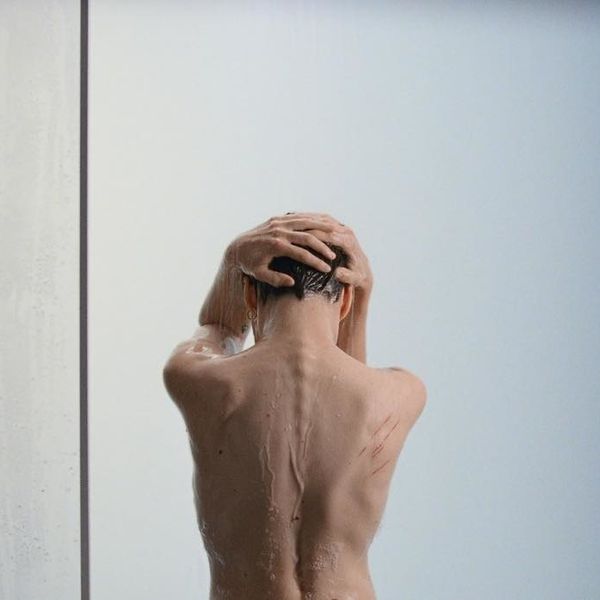 French pop artist, Christine and the Queens a.k.a. Héloïse Letissier , is gearing up for her sophomore album, Chris, due out this fall. However, she is still keeping us fully entertained in the meantime with the release of a new music video for her single "5 Dollars."

In the video, Letissier takes us through her morning routine; exercising, shower, picking out the right leather harness, dance a little, suit up, and set out for the day. "American Gigolo with a twist," Letissier describes the visual, "it's a literal interpretation. A note for a shag - how surprisingly soothing this can be! The power ratio runs clear, like water in your hands; it becomes a pure gesture of love, of ultimate consent."

Letissier blurs the lines of gender as she comfortable settles into an androgynous ambivalence. She queers masculine conventions in such a nuanced way that makes it feel like the most natural thing in the world. A razor lies next to eye-lash curlers, a suit jacket over a sports bra. Letissier's character oozes charisma and charm in these private moments, a little pelvic swing here or finger-guns shot at the mirror there. I dare you not to swoon.

Watch the official video for "5 Dollars" below and fall in love with this gender-fluid heartthrob: