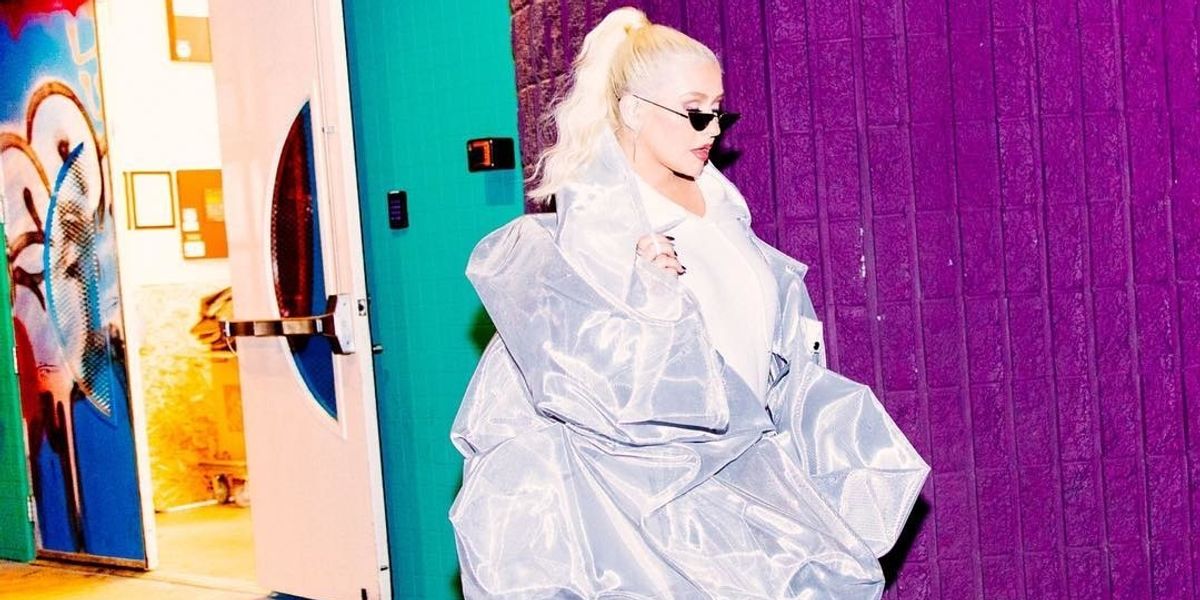 Christina Aguilera stepped out in a filmy silver button down so oversized it looked like one of those puffer coat memes — except it was very real. As America plunges into subzero temperatures leaving even the hardiest of Midwesterners frostbitten on contact, Xtina, pop legend and sartorial chameleon, translated our increasingly desperate desire for fashionable protection from the changing elements with this shiny, voluminous, deconstructed crinoline shirt.

Christina Aguilera on Instagram: “Some lines you just have to cross....”

So who is behind the head-turning look? The New York-born brand currently situated at the bleeding edge of jaw-dropping, wearable couture: Luar. Designer Raul Lopez has been honing his craft for years and increasingly garnered the attention of fashion lovers high and low in recent seasons. The brand claimed Xtina's look as its own spring 2019 "Hoodie," which seems like an understatement. Given that the collection was inspired by Dante Alighieri's Divine Comedy — specifically, Purgatorio —the ornate cheekiness makes sense.

Put us down for as many as we can fit in the bunker!