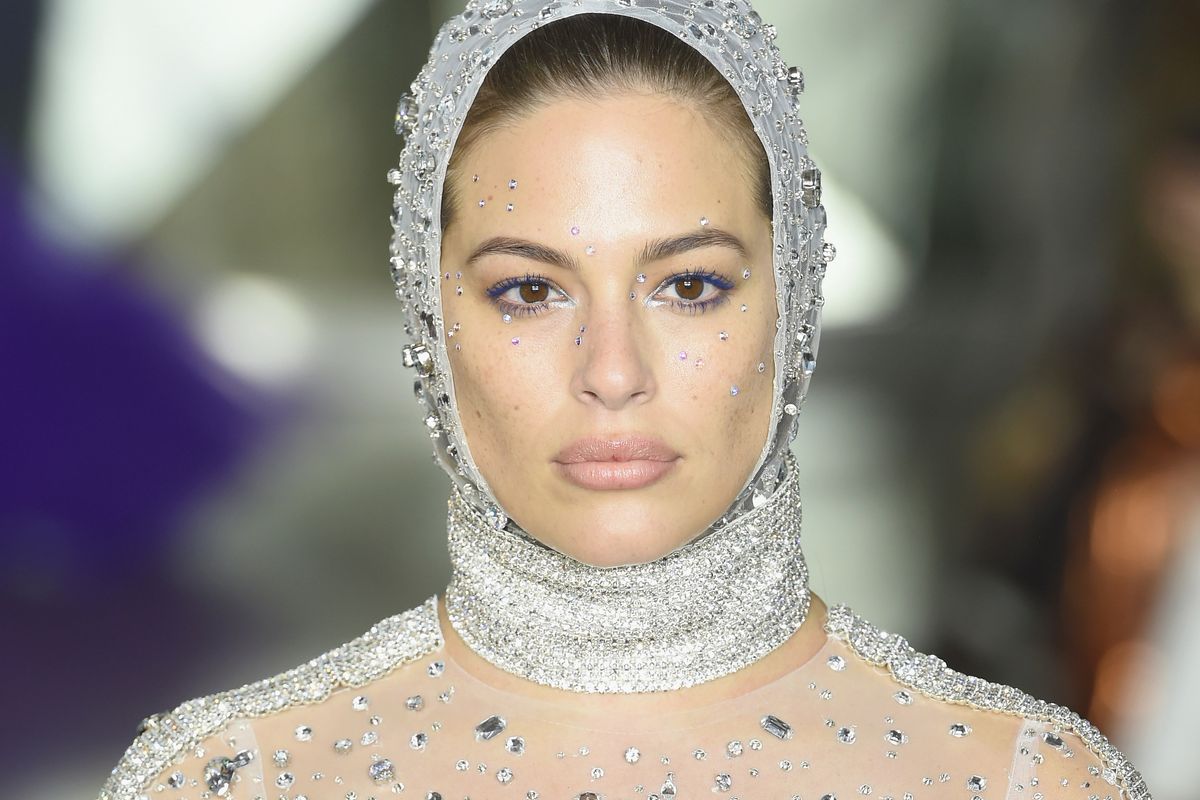 Silver was the color of choice for Christian Siriano's fall 2019 collection. Presented at the top of Rockefeller Center as the sun was setting, the designer sent out a tribute to what he imagined as a trip to the future. Siriano called it "a world where we live as a society in an outer space land." Never one to shy away from bold eveningwear shapes, there were plenty of dazzling, glittering gowns worn by models of many different body types. Here's everything you need to know about the collection.

Focusing on the color silver, Siriano sent the first couple of models down the runway wearing silver dresses in different textures with mirror-like finishes. Other pieces, including a luxe puffer-like suit, came in less shiny but still gilded fabrics.

Taking his futurist theme to heart, each model's face was dotted with large, shiny crystals. The hair also had swishing silver chains wrapped throughout it.

Stripes were the sole print within the collection. Whether used as a sort of (silver lining) accent on black fabrics or printed vertically and horizontally on metallic dresses and jumpsuits, they covered a good number of looks throughout Siriano's fall 2019 collection.

Classic white and black gowns punctuated the collection. While normally these kinds of pieces might not be worth mentioning, in the context of Siriano dressing red carpet stars of all sizes, it was refreshing to see outfits that were intrinsically wearable for these kinds of occasions.

When Ashley Graham closed the show wearing a head-to-toe sheer crystal covered dress, the front row went wild. This particular moment felt like the pinnacle of what Siriano's collection was about — and it also juxtaposed nicely with the crystal studded makeup.