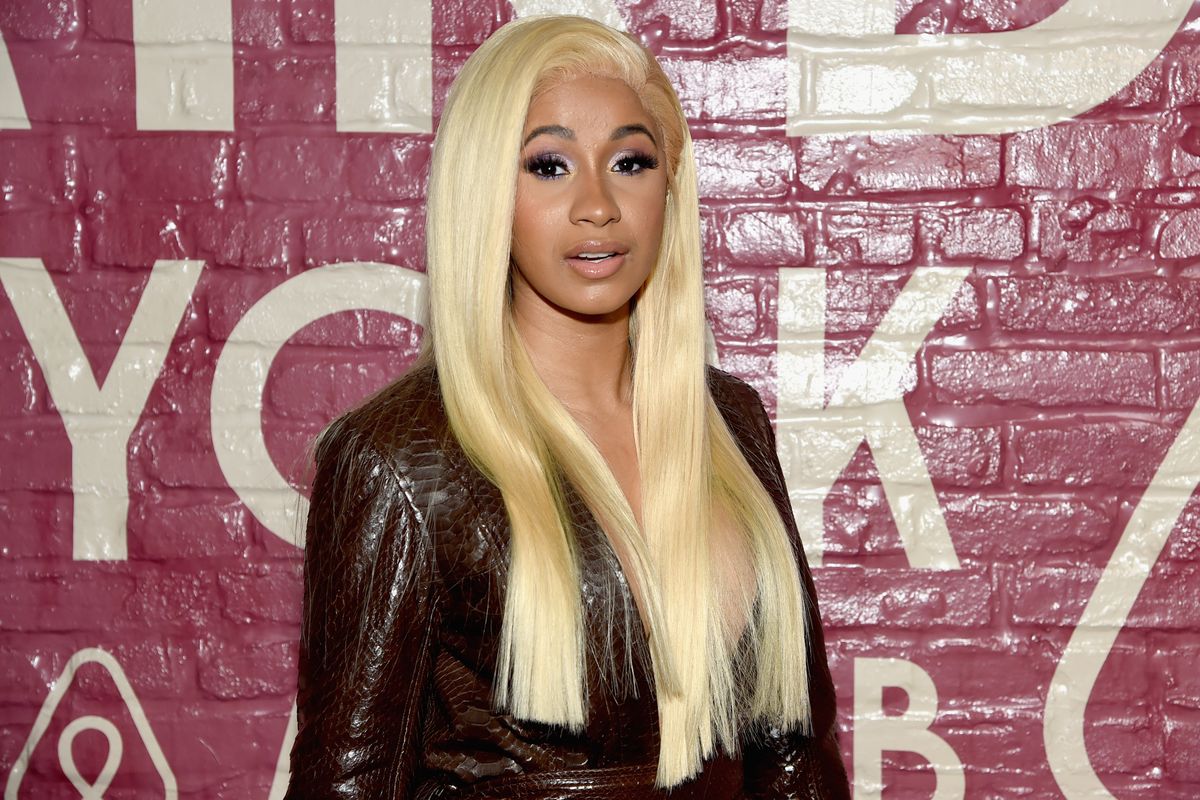 Of all the quotable lines in Cardi B's inescapable hit "Bodak Yellow," her bars about her red-bottomed Christian Louboutin "bloody" shoes is one of the most visceral (and fun to say). Now, the French designer himself has weighed in on Cardi's love of his iconic shoe in an interview with the New York Times.

At first, he admitted he wasn't super familiar with the Bronx rapper, which we can forgive him for, given that Cardi only really gained mainstream fame this past summer. "She has the hair like that?" Louboutin asked the Times, as he put his hands around chin level to indicate Cardi's bob. "She's a rapper? This 'Yellow' song? […] I don't know much more than that, to be honest."

Louboutin did however appreciate Cardi's love of the shoe, saying it was fitting that so many performers are fans of his design. "In a way, it comes back to some of my origins," he said. "The first shoes I ever designed were for showgirls, people on stage. Showgirls have a kind of attitude—they're driving forces."

That sentiment applies twofold given Cardi's past life as a stripper, though we're not sure Louboutin is aware of the rapper's origins.

Either way, Cardi B's love for Louboutins goes beyond a shout out in a song. In a recent Billboard interview, her stylist Kollin Carter revealed that she has over 90 pairs of the design. "She usually buys a pair or two every couple of weeks," he said. "Where she's from, when girls are ready to get dressed up that's what you wear. And in real life, before 'Bodak' blew up, she wore red bottoms because that's what it means to make it in the Bronx. It's a status symbol that the masses can relate to; everyday girls work hard and save up their money to have that shoe. Cardi did the same."