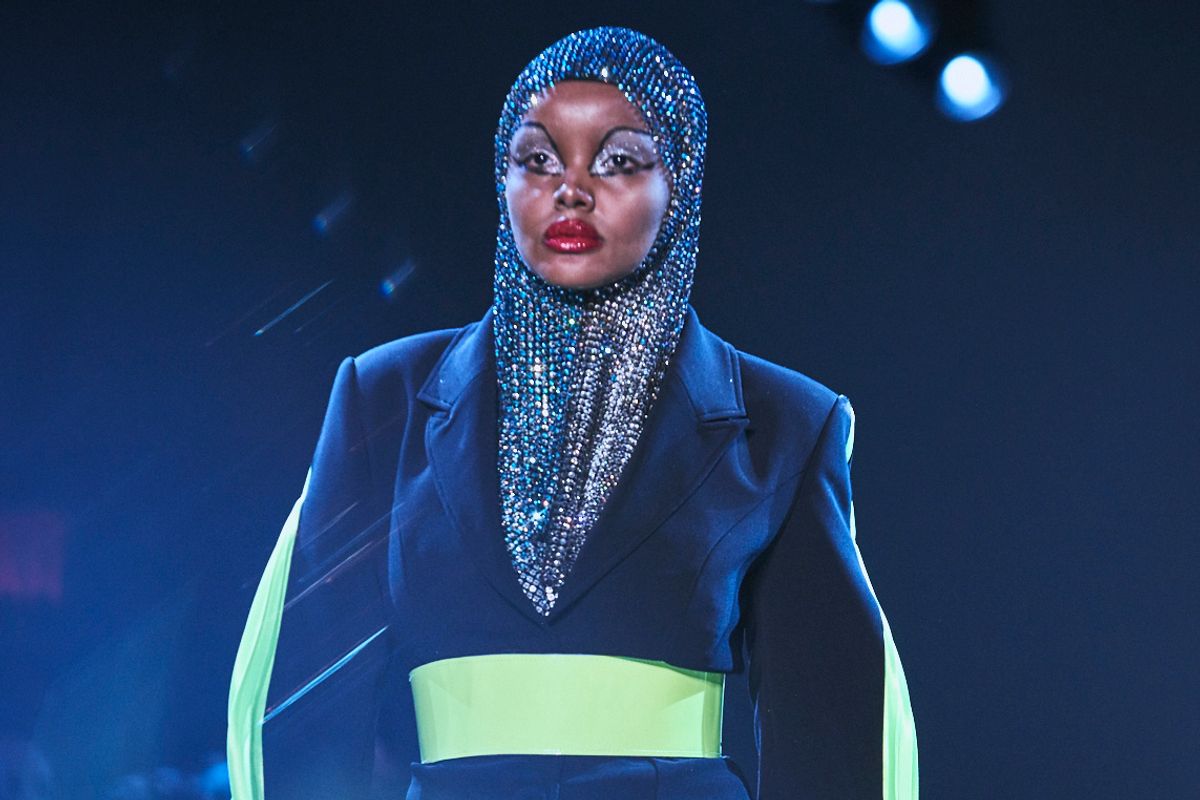 Emerging designer and former CFDA/Vogue Fashion Fund finalist Christian Cowan is known for making a scene. Take, for example, his previous collections full of sequin bedazzled dresses, garments that literally light up and Instagrammable pieces such as arms full of stacked watches. For fall 2019, the designer capitalized on some of the moments while also focusing on more casual, sporty options. Here's everything you need to know about the show.

The majority of the collection, without question, came in striking, bold shades of neon. Bold pink, highlighter yellow, vivid orange, and day glo greens seemed to glow under the bright spotlights and clicks of the camera.

Cowan's brand has been worn by some of the biggest celebs. Cardi B, Beyoncé and more — and we could totally see some of the same faces sporting the designer's more casual pieces which came in cotton fabrics this season. T-shirt dresses, little cropped hoodies and tights, in shades of neon, looked like they were made to work out in.​

The beauty look of choice this season (by Isamaya Ffrench) was just as impactful as the clothing. Models wore wig caps in neon and black. Eye shadow was Divine-esque and boldly painted onto eyes, and Instagram famous Nails by Mei created neon talons to match.

In past season, some of Cowan's most Instagrammable looks have been stacked, bling-y watches one on top of the other. He took this motif to new height by showing the watches in a new form, which covered an entire model's face and arms, as well as in smaller aspects, on the arm of a dress.

Tulle dresses in mini shapes, long checkered trains and one pink and black dress that was so big it could barely turn on the runway were some of the most theatrical garments in the show.