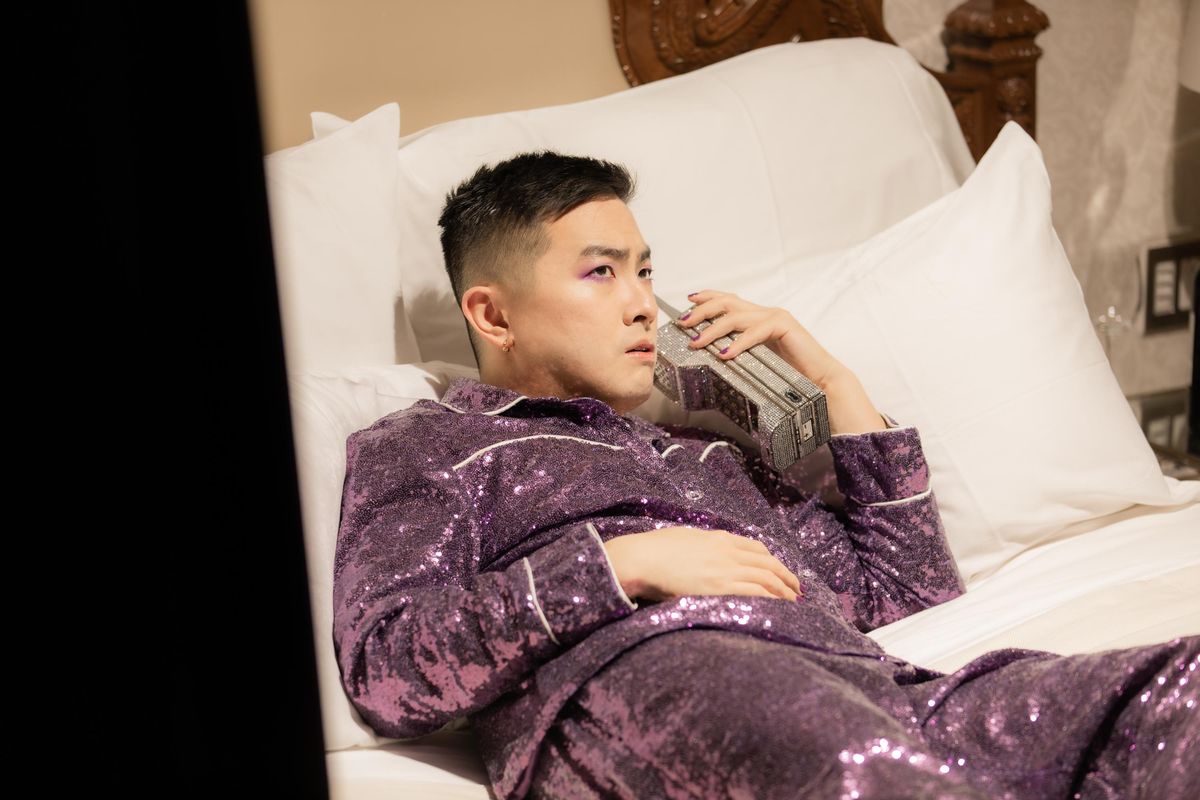 Christian Cowan Brings Some Much-Needed Humor and Glamour to NYFW

Let's face it, fashion films aren't exactly known for being funny. While designers have gone all out on fancy visuals and effects the past few months, few are the videos that have actually managed to hold my attention for more than three minutes (digital fatigue is very real unfortunately).

Luckily for us, Christian Cowan has never been one to take himself too seriously, as his last celeb-packed digital fashion show with Lil Nas X and Amanda Lepore demonstrated. In a world where everything is now virtual, why not inject some levity, humor and good old star power to fashion's proceedings?

This season, the designer continued on that same path by inviting another motley crew of famous faces to star in the video for his Fall 2021 collection, titled "A Fashion Thing" directed by Matthew Frost. Set in the Pierre Hotel and with a soundtrack by Slayyyter, the scripted film opens with comedians Bowen Yang and Chloe Fineman showing off their acting chops in a hilarious sketch with cameos by Paris Hilton, Aquaria, Jari Jones, Parker Kit Hill and Richie Shazam. In addition, proceeds from the collection will go towards the Loveland Foundation which benefits the young Black queer community in Atlanta.

"I wanted the cast to kind of reflect the cause, but then also reflect the spirit of New York as they are both intertwined very much," Cowan tells PAPER. "So you've got everything from the glam girl from the ballroom scene in Harlem to Dorinda [Medley] from the Upper East Side. It's the dichotomy of everything that goes on in New York. I also wanted to highlight that New York is made amazing by people who are far away."

The designer once again partnered with Motorola, and a pink bedazzled Razr gets some prime product placement at the film's beginning. Each of the cast wears statement party looks from Cowan's Fall 2021 line, including sparkly pajamas, mini dresses with plunging necklines and bold feathered coats.

"One of our main pushes this season was doing the fabulous looks we always do, but really putting comfort to the forefront," he says. "So everything's in a four-way stretch, even the leather looks have stretch panels in them. And I really wanted this spirit of that iconic 2000's era; like it was such a big era in cinema of amazing female leads and comedic scenes. And so I wanted to bring that energy."

Being that hotels have been largely empty as a result of the pandemic, Cowan wanted the setting to capture the glory of hotel living while bringing a sense of Y2K nostalgia, hence the Razr plug and Paris Hilton cameo. But ultimately, the goal was to bring some much needed humor to fashion, which he says doesn't happen as much as it should. "With everything going on in the world," he says, "it's nice to have some comedic relief."