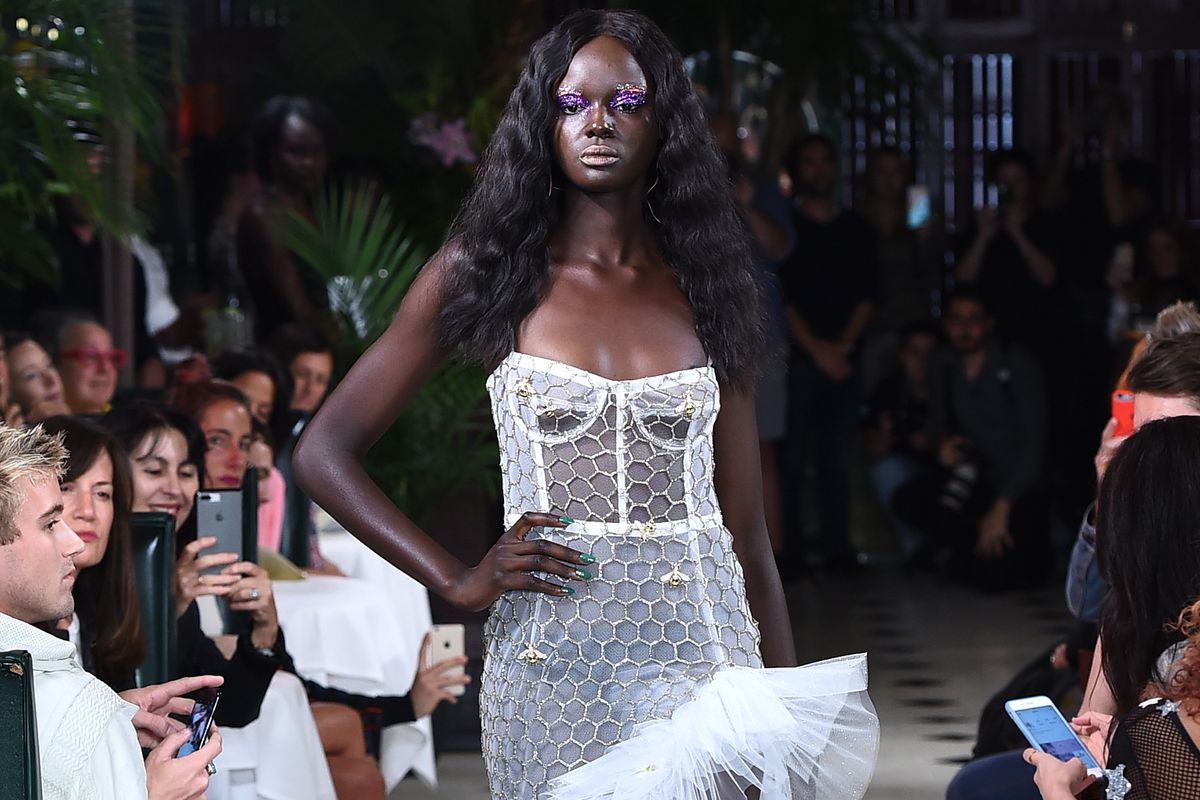 One of the most exciting new designers around, Christian Cowan, left his mark last season when Paris Hilton opened his show in a spellbinding sequined and swirled gown, complete with larger-than-life tiara (it's Paris after all). That show alone ensured his go-around for SS18 would be one of the most hyped shows of New York Fashion Week; as guests sipped Svedka cocktails and took their seats, no one had a clue what to expect.

For his Spring 2018 collection, Cowan took his flashy unconventional touches to more easily wearable garb like pantsuits and track gear, creating pieces that are sure to shake up your office and gym. Hoodies were shredded into high-cut crop tops, wildly contrasting suits were cut in half and plastered together, and no look was left without some sort of shiny object. And with the help of rising model Duckie Thot and some adorable little puppies, Cowan not only solidified his place in the fashion world, but adorned it with lace, sequins, and whatever else he could find.

Check out every look from Cowan's Spring 2018 show below.

Hair by Bumble and Bumble