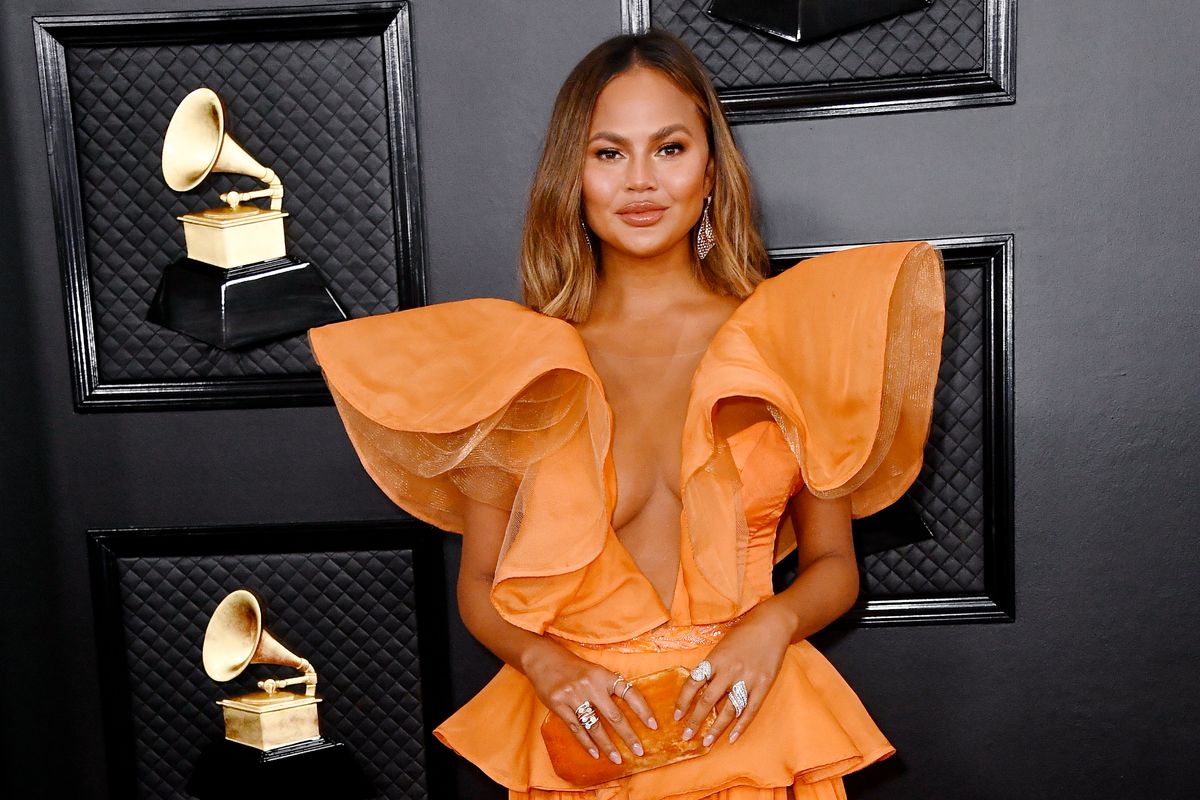 Chrissy Teigen has gone private on Twitter thanks to a barrage of "scary harassment" from conspiracy theorists attempting to link her to Jeffrey Epstein.

Following the arrest of alleged Epstein accomplice Ghislaine Maxwell, the supermodel was accused of flying to Epstein's "pedophile island" on the convicted sex offender's private jet — something comedian Chrissie Mayr also attempted to connect to her recent deletion of 60,000 past tweets.

In response, Teigen denied ever meeting Epstein and explained that she deleted the tweets out of worry for her family.

"I actually deleted 60,000 tweets because I cannot fucking STAND you idiots anymore and I'm worried for my family," Teigen wrote earlier this week. "Finding me talking about toddlers and tiaras in 2013 and thinking you're some sort of fucking operative."

Despite her best efforts though, Teigen said on Wednesday that she was still facing intense harassment by Twitter trolls. In a continued attempt to staunch the harassment, she announced that she had blocked over one million users on the platform and has since made her account private.

"I have block chained over one million people, ONE MILLION people today and I am still flooded with sick psychopaths," she wrote, before mentioning that she was contemplating legal action. "So please, spare me the 'just ignore them, they're just trolls.'"

See screenshots of her latest tweets, below.

“Welcome to my club. Exclusive to 13 million!” pic.twitter.com/2rGfWVBuMz