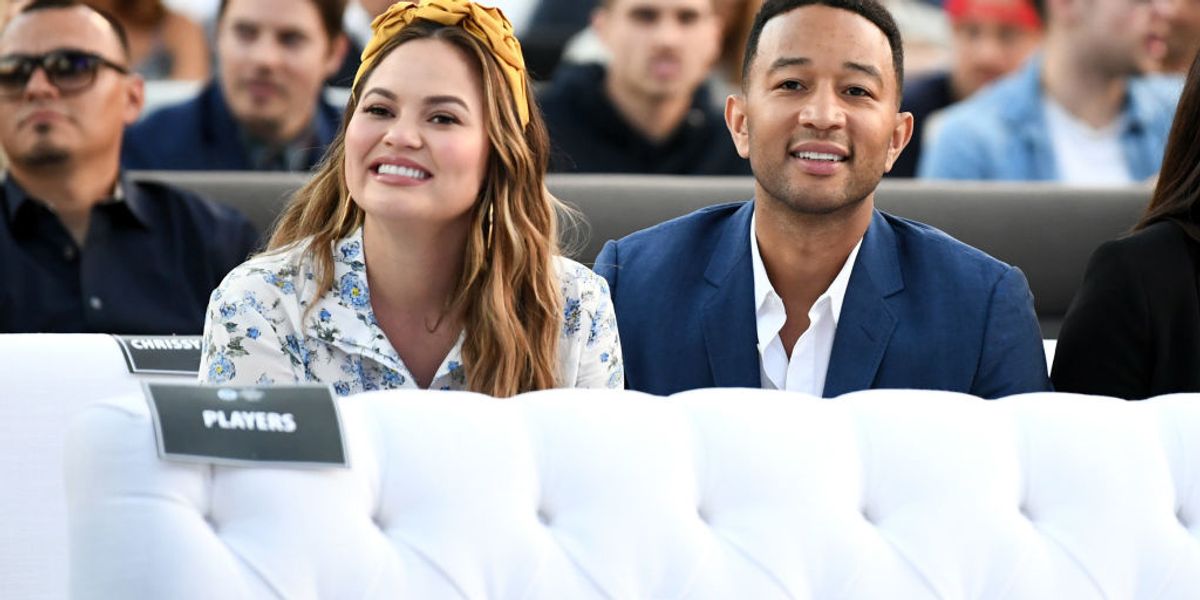 On Saturday, people gathered across the country for "Families Belong Together," an event dedicated to fighting for the right of immigrant families to stay together. Among the attendees in Los Angeles were Chrissy Teigen, John Legend. And with the rally being about keeping families together, the two brought their children Luna and baby Miles.

Chrissy went onstage, carrying her son in a baby wrap as she did. She gave a short speech before welcoming John — who performed a new original song entitled "Preach."

Singer John Legend just sang his new song "Preach" to protesters in Los Angeles. Before that, he said: "You can't just talk about it or tweet about it. You've got to do something." pic.twitter.com/xMvt3uOCfq
— Veronica Rocha (@VeronicaRochaLA) June 30, 2018

Referring to Miles, the mom of two said, "This is his first rally."

The model, and co-host of "Lip Sync Battle," feels especially passionate about the cause since her mother was an immigrant from Vietnam. "I'm incredibly proud to be a daughter of an immigrant," she said. "My mother grew up in a very small village in Thailand" She later added, "We love that the American story is filled with people who come from all over the world to have a better life here."

And, of course, she couldn't resist taking a hit at Trump. "America at its best is big, beautiful, and diverse. It's not small, it's not petty, and it's not exclusive, like Mar-a-Lago," she joked. Later, she shared a clip of her Trump impersonation on her Instagram with the caption "my Donald impression made it to CNN. please add to my wiki."

chrissy teigen on Instagram: “my Donald impression made it to CNN. please add to my wiki”